Also known as "The Big Valbowski," Venis would make his entrance to the ring to the theme of a seductive saxophone, wagging his fingers excitedly, licking his thumb before performing a striptease and gifting his special towel to a lucky lady sitting ringside. But for one fleeting moment in 1998, the two biggest adult film stars in the world filmed together at the behest of Vince Russo and Bruce Prichard in WWE.

The footage was so raunchy that Vince McMahon himself vaulted most of the footage, but the production’s tale lives on.

Val Venis – The Man Behind the Towel

Val Venis, real name Sean Morley, was born on March 6, 1971, in Oakville, Ontario. Though Morley may be famously known for portraying an adult film star in professional wrestling, his true ambitions were to become a helicopter pilot.

Morley trained in Hamilton, Ontario, in 1991 and had his first match there in 1994. Morley worked on the independent Canadian circuit and spent time internationally in Puerto Rico, Mexico, Japan, and England. In Mexico, he made history under the name "Steele" by becoming Heavyweight Champion in the prestigious CMLL organization.

Did you know? Steele was the eighth-ever CMLL Heavyweight Champion and the third non-Mexican to hold the title, after Konnan and Norman Smiley. CMLL would not put the title on another foreigner for 20 years after Steele walked out of the company while champion. (Thank you to Redditor "SovietShooter" for this fact.)

In the United States, Morley had a unique opportunity in 1997 to choose between the two industry powerhouses: WCW and the then-WWF. Morley worked tryout matches for each company, and WCW executive producer Eric Bischoff expressed high interest in signing the Canadian. Fellow Canuck Chris Jericho, who was working for WCW at the time, spoke to Morley at his tryout and advised him against joining them, and thus, Morley was on his way to see WWE Chairman Vince McMahon.

Former WWF Magazine writer and creative team member Vince Russo had Sean Morley on his now-defunct podcast "The Brand" on July 8, 2016, and discussed the origins of the Val Venis character.

Russo explained that he was tasked with the role of finding a gimmick for Morley. Sean was big into politics, and Russo feared he could not write for a political character if they went that direction.

Russo felt something bigger was on the horizon than a political wrestler because he felt Morley strongly resembled an adult film star. This idea of a crossover between wrestling and adult films was pitched to McMahon, and it was greenlit.

Morley remembers that when McMahon told him that the adult film star gimmick was happening, he was very excited as it was not done before and was envelope-pushing.

On the March 30, 1998, episode of Monday Night Raw, the Raw after WrestleMania 14, the debut vignette aired for Val Venis in which he was watching his latest "movie" Live Hard. In the vignette, Venis was seen complimenting his work and forewarning the World Wrestling Federation of penetration and squeals of delight.

With a spicy first appearance, the bar was set.

After more racy vignettes aired in the weeks that followed, Venis’s most memorable one aired on Monday Night Raw’s May 4 episode.

Venis was promoting his latest "film" entitled Val Venis: Soldier of Love. He then introduced his "co-star," legitimate and world-acclaimed adult film star, Jenna Jameson, who was only wearing a tactical accessory over her chest.

The vignette ended with Jameson telling Val she wanted to go back down in the hole.

A follow-up vignette involving the two was filmed in a bathtub, featuring Jameson in the buff, as Morley confirmed to Russo. WWE has seemingly vaulted footage of this, but the tale of the production lives.

Jenna Jameson – No Stranger to Wrestling

The appearance of Jenna Jameson in the WWF was not her first in professional wrestling.

Jameson previously did work for the hardcore-based ECW promotion with her most notable appearances at 1997’s Hardcore Heaven and 1998’s Living Dangerously pay-per-views. Other adult film stars have intermingled with wrestling, too.

The then-WWF had Playboy centerfolds Pamela Anderson and Jenny McCarthy acted as valets at WrestleMania 11 in 1995. Anderson also did a vignette a few months before 1995’s Royal Rumble.

While in ECW, Jenna had expressed interest to promoter Paul Heyman about working in the WWF. ECW and the WWF had a partnership at the time, so a call was made to have Jenna work in the WWF.

By 1998, Jenna was an award-winning adult film star and was transitioning into mainstream media with appearances on Howard Stern’s radio show and 1997’s movie Private Parts.

Her appearance on WWF TV in 1998, then having 5-6 million viewers weekly, had the company and Val Venis buzzing with interest. Jenna was put in touch with WWF/E producer Bruce Prichard, and the two became friends.

Two vignettes involving Jenna Jameson were filmed at the house of Bruce Prichard. On March 6, 2020’s episode of Prichard’s award-winning podcast Something to Wrestle with Bruce Prichard, he and co-host Conrad Thompson discussed the working relationship he had with Jenna.

"Jenna would call [my home]; she lived in California, so when she would call, It would be late. Maybe at 1 o’clock. 12 o’clock. Midnight and stuff. Sometimes my wife would answer the phone, ‘Hi, it’s Jenna. Is Bruce there?’ She’s like (sighs)…"

There was no bad blood between Jenna and Bruce’s wife. Bruce had not told his wife that Jenna was an adult film star. "She goes, ‘Wait a minute, she’s an [adult film] star?’ I’m like, ‘Well if you want to put it that way, okay.’

The final vignettes were shown to Vince McMahon, but he disapproved of them at first.

According to Prichard, "Jenna was great, and I remember Vince looking at the videos and saying, ‘D***it, she looks like an [adult film] star! We don’t want to air that.’

“I said, ‘Vince, she is an adult film star; she is the single largest adult film star in the world. Everyone will know who she is, and this will help Val more than anything.’ ‘Ugh, it’s s**t, it’s trashy.’ Bruce replied to Vince, ‘HE’S AN [ADULT FILM] STAR!!!’ (laughs) So we only aired one of [the vignettes]."

Vince Russo stated on his podcast with Morley that McMahon did not find Jameson attractive.

On May 18, 1998’s edition of Monday Night Raw, Val Venis debuted in Nashville, Tennessee, to a booming crowd ovation in one of the loudest debut crowd reactions in professional wrestling history. In the match, he defeated 2 Cold Scorpio.

His first major storyline was having an affair with the wife of Yamaguchi-San, the manager of the foreign stable Kaientai, which resulted in a near castration for Venis if not for the help of a cold butcher’s block, causing "a little shrinkage," and assistance from his friend John Wayne Bobbitt, a man who his wife legitimately castrated. This angle would give us one of the Attitude Era’s most memorable soundbites as Yamaguchi-San threatened he would. ‘Choppy choppy his pee-pee.’

Morley would have an 11-year run in the WWE, going through various character transformations, but he was always be remembered for his role as Val Venis.

While in the WWE, Venis would win the European, Intercontinental, and Tag Team Championships. However, the gimmick turned out to be a blessing and a curse, as it was said by Bruce Prichard and even Sean Morley himself that the Val Venis character would pigeonhole him. A "former" adult film star main-eventing WrestleMania and being the face of a public-traded multi-million dollar company was never going to happen.

Morley would work for TNA Wrestling for a brief stint after WWE and made various independent appearances until his 2019 retirement. Sean’s final-ever professional wrestling match was a six-man tag on April 5, 2019, at WrestleCon in a losing effort.

Morley is now a self-professed "Cannabis Connoisseur," and his government musings can be found on his YouTube channel, Top Shelf Anarchy.

Morley had the ability and look, if packaged right, to be a top player and world champion as he was on international waters. Although he was never going to get to the top of the card, he got to be the envy of many men and women and had the chance to work with the world’s biggest adult film star. Now that’s something not everybody can say!**

**Jenna Jameson spent time as a teen with WWE legend The Undertaker. She believed Taker was going to kidnap her. That story can be read here on our site. 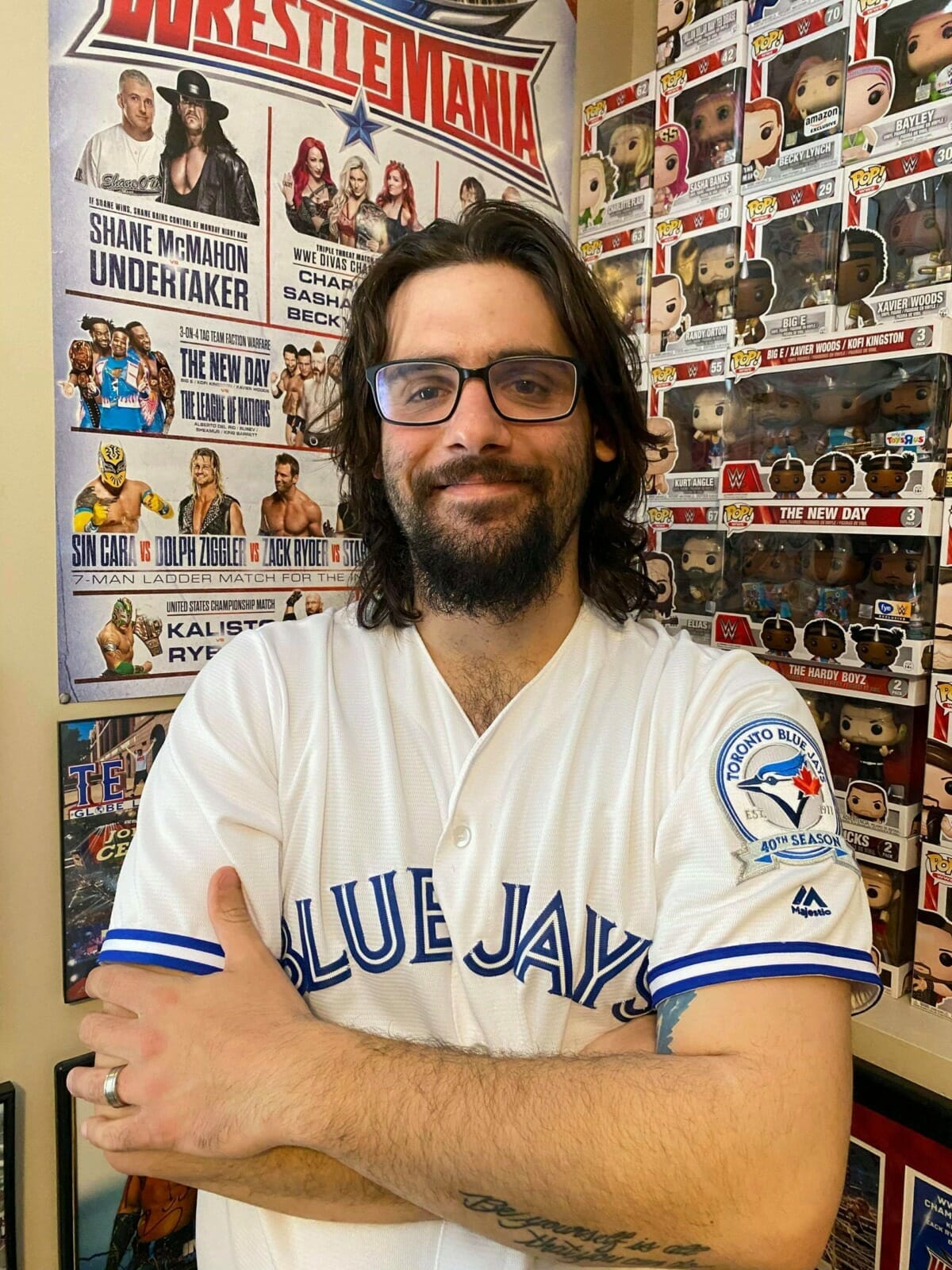 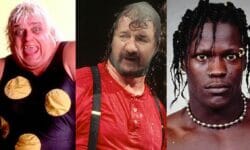 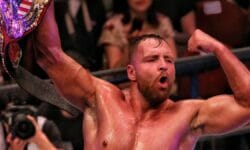 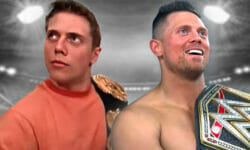 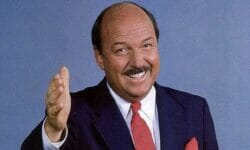 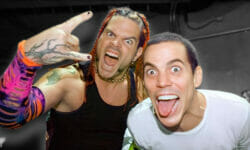 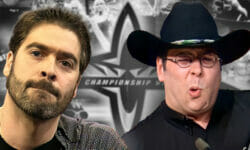 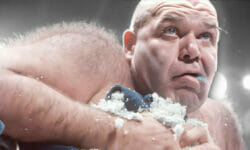 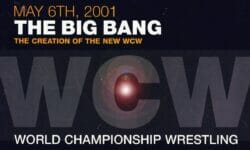 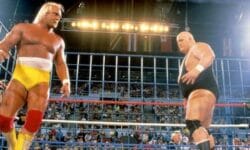 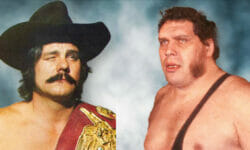 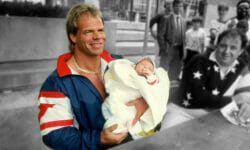