“The Spoiler” Don Jardine: Behind the Mask

Don Jardine started early, wrestling his first match in his native Canada when he was just 15 years old.

Under the mask of The Spoiler, Jardine headlined one of the most popular wrestling promotions in the world in the 1970s — Australia’s World Championship Wrestling.

Before that, Jardine had found little success in wrestling, despite his size, physique, and talent in the ring.

“I had briefly met Don Jardine in Amarillo during the fall of 1966 because as I was leaving, he was coming in,” manager Gary Hart wrote in his autobiography, My Life in Wrestling.

“Don was a journeyman wrestler from Canada who had been wrestling for 12 years, and I remember being really impressed with him, so I told Fritz (Von Erich) I would be happy to develop (Jardine’s) career and even offered to contact Don and recruit him myself.

“I tracked him down in Portland, got in touch with him, and offered him the opportunity to join me in Dallas.

“Don was leery at first because he had been taken advantage of by promoters who made big promises to him, telling him he’s a big, good-looking guy who just needs ‘a little more seasoning.’ Then, they would just use him as a job guy.

“I assured him that this wasn’t the case, namely because I wasn’t a promoter, but also because I had been messed around with, as well, and understood his frustration.

“I also told him that while I didn’t completely trust Fritz … or Paul Boesch, I did believe that together we could do very well in Dallas. Besides, the worst that could happen is that we didn’t like it there, and we could go to another territory.

“Fortunately, Don agreed to come to Dallas with me and give it a try.”

Jardine would have to undergo a major gimmick change to find the success he wanted — and deserved.

Hart put Jardine under a mask and named him The Spoiler.

When Jardine debuted in Dallas with the same finishing maneuver as Fritz Von Erich — the claw — he was immediately booked into a main-event program.

From there, Jardine was off and running.

“In the ring, he was magnificent. At 6’4″ and 290 pounds, he could walk the ropes from turnbuckle to turnbuckle like no one I had ever seen,” Hart wrote.

“He was a big, agile guy who could do leapfrogs, flying head scissors, dropkicks, and wrestle his butt off to boot. He was a legit guy and would never wrestle less than forty minutes because he had that ‘Lou Thesz mentality.'”

When the Undertaker goes ‘Old School’ and walks the ropes to deliver a falling chop across his opponent’s arm, it’s an homage to the man who did it first.

In an interview on The Georgie Podcast, Undertaker admitted, "I borrowed that from Don Jardine who wrestled under the name of ‘The Spoiler’.

“I wrestled him very early on in my career, when he retired, I said, ‘that’s mine, I’m taking that’. That’s how that came about."

Jardine, lithe as a big cat, combined size and agility in a way many people had never seen.

And like the Undertaker, Jardine was incredibly professional, but if he felt that you crossed a line, he would take matters into his own hands.

Jardine’s temper could flare when someone crossed a professional or personal line. And with his size and strength, things could have turned deadly.

The Spoiler and His Temper

Jardine always had a temper.

For the most part, friends and associates say he was a pleasant, thoughtful, and even kind person.

Despite only high school education, he spent his years after wrestling working with children to improve their literacy.

But some things could set him off. Former WWWF champion Stan Stasiak once pulled a rib on Jardine that the big man failed to find amusing.

When wrestlers pull a “Mabel” on another worker, this is the set-up: “Hey, this girl, Mabel, really likes you. She’s in room 215, waiting for you.”

The wrestler would go find “Mabel” and follow nature’s course. But in the middle of the action, the woman’s “husband” — usually a local friend/stooge of the prankster — opens the hotel room door and catches them together.

Most of the time, the wrestler is frightened, scrambling around for his clothes and maybe even diving out a window.

Jardine, however, was not amused. He didn’t run. Instead, he chased the “husband” down and found out Stasiak had pulled the rib.

More than a year later, when Jardine was driving in a car with Hart, Peter Maivia (The Rock’s grandfather), and Stasiak, Stasiak brought the rib up, expecting to get a laugh.

Instead, Jardine pulled the car over and dragged Stasiak out of the back seat. He beat Stasiak senselessly, and only the interference of Maivia and Hart kept Jardine from killing the veteran wrestler.

On another occasion, after accusing promoter Joe Blanchard of shorting him on a main-event payoff, Jardine threw Blanchard out of his own office at the arena. When Blanchard’s assistant came in, Jardine threw him out, too.

But Jardine’s simultaneously violent and caring sides are best illustrated by the following story from Gary Hart when the pair were working in Australia for promoter Jim Barnett.

Late one night, a motel desk clerk inadvertently insulted the foursome of Jardine, his girlfriend, Hart, and Hart’s wife. The Spoiler wasn’t about to let that go.

Jim (Barnett) also brought female wrestling to Australia, and one of the girls he brought was Evelyn Stevens, who coincidentally had been dating Don Jardine for about eight months.

Hart continued, “Evelyn arrived on a Wednesday afternoon and checked into the Koala Motel, where a lot of the working girls did their tricks with the men in town.

“That night, Don and Evelyn double-dated with me and my wife. We went out to eat and then saw a Tom Jones concert at the Silver Spade.

“After that, we stopped by the Texas Tavern to have a few drinks and then went to the Koala Motel because my wife had asked Evelyn to bring over certain things that she couldn’t get in Australia, like brownie and cake mixes.

“The girls were both dressed up because we had gone out to a nice restaurant and a … concert, and as we walked into the motel and started towards the elevator, the guy behind the desk yelled, ‘Hey! You can’t take those whores upstairs!’

“Don turned around and glared at him, asking, ‘What did you just say?’

“The guy behind the desk glared right back and answered, ‘I said you can’t take them whores upstairs!’

“Don then told me to take the girls up in the elevator and wait in the room. I, in turn, told the girls to go up on their own because I was concerned about what might transpire. I knew how Don could get.

“When the girls got on the elevator, Don leaped over the desk, hit the guy, knocked him against the wall, picked him up, threw him over the desk into the foyer, threw him through a plate-glass window out onto a patio that had a big wishing well pond, and proceeded to stomp him in the chest and stomach.

“Then, he lodged (the desk clerk’s) head up against a brick wall, and I quickly grabbed the guy by his legs and pulled him back because I knew that Don was going to boot him right in the head.

“I pulled him back to save him, but now his crotch was spread open. Don looked at me and grinned, ‘Good idea.'”

Jardine, who was wearing pointy-toed cowboy boots at the time, kicked the desk jockey square in the balls as hard as he could.

Hart told Jardine to get out of there, and the big man did.

In the ensuing police investigation, Australian authorities held Hart’s passport for four days, but they never found out who assaulted the clerk. The Spoiler got away clean.

Later Years and Death of ‘The Spoiler’ Don Jardine

Jardine followed Barnett to Georgia, where The Spoiler joined Jake “The Snake” Roberts and The Road Warriors as part of the Legion of Doom.

While Roberts worked a feud with Ron Garvin over the Georgia TV title and The Road Warriors ran roughshod over the tag team scene as the national tag team champions, The Spoiler worked on top.

He defeated Brad Armstrong for the national championship, only to trade the title back and forth with the young up-and-comer.

Eventually, when the Briscos sold their share of the Georgia territory to Vince McMahon, the Spoiler went to the WWF, where he continued to be billed as the national champion for a time.

Eventually, The Spoiler returned to Texas to take back up with his good friend Hart.

Jardine would retire from the ring for good in 1994. After debuting in the mid-1950s, he’d been wrestling for nearly 40 years.

He died on December 16th, 2006, from complications from a heart attack and leukemia. At the time of his death, Jardine was writing a novel set in the wrestling world.

“Many insiders will debate whether or not the late Don Jardine, aka The Spoiler, is the greatest masked ‘bad guy’ ever in the biz,” WWE announcer Jim Ross wrote upon hearing of Jardine’s death.

“I knew Don well, and he was a brilliant man who was a total student of the game. When I was a young referee in the 70s, I used to ride with Don from city to city back in the Mid-South territory days, and it was a valued education.

Despite what might be called Jardine’s tendency toward resolving conflict violently, Hart recalled his friend as a man of uncommon kindness and generosity, documenting instances where Jardine gave young, impoverished wrestlers a pair of boots because they couldn’t afford their own, as well as giving future superstars like Dusty Rhodes ring gear when they couldn’t afford it.

The Spoiler’s violence may have been legendary, but Don Jardine’s kindness and hospitality were equally understood.

Those two warring sides of Don Jardine make him one of the most compelling figures in wrestling history. 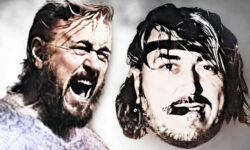 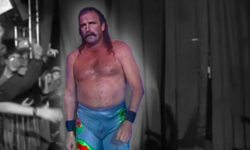 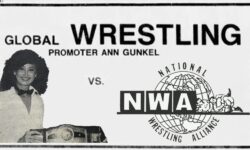 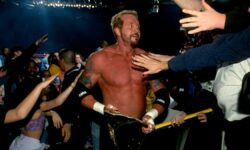 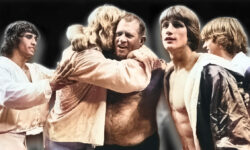 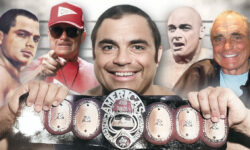 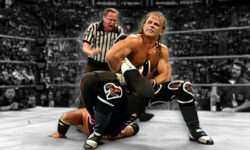 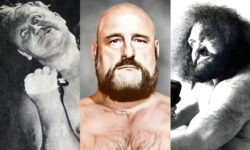