The tragic wrestling convention/autograph scene in The Wrestler was not filmed as planned. Here is your guide to nine surprising unknown facts about this Oscar-nominated film!

"What I’ve found over the years is that one thing always leads to another. Sometimes it’s when you least expect it."

A Behind-The-Scenes Look at The Movie The Wrestler

After starting the Wrestling- Then and Now monthly newsletter, a film documentary by the same name, and also interviewing a who’s who of wrestling legends on his internet radio show Legends Radio, Evan Ginzburg was given the opportunity of a lifetime by becoming an Associate Producer for Darren Aronofsky’s Oscar-nominated movie The Wrestler.

He later landed a similar role with the highly lauded documentary 350 Days. We are thrilled to share with you a behind-the-scenes look at both films, as shared by Mr. Ginzburg.

1. Evan Ginzburg Became "The Wrestling Guy" for The Wrestler After a Chance Meeting

"Acting as an agent at the time, I had Johnny Valiant and Nikolai Volkoff for an autograph signing at The Wrestling Universe, and the best friend of Executive Producer Scott Franklin happens to be there. He was like, ‘You guys would be great for this project that we’re working on called The Wrestler, and I’d like you guys to come to meet Darren Aronofsky,’" recounts Evan excitingly.

"Over the years, you get a hundred pitches, and ninety of them don’t come through, but this time they actually called."

After meeting with everyone involved with the film, Evan was told, "We would like to offer you an Associate Producer title on The Wrestler." With Evan’s contacts in the business, he became "The Wrestling Guy" for the movie.

2. Yes, Those Were Real Wrestlers in the Film!

Numerous wrestlers from Ring of Honor, Necro Butcher, and Ron Killings (WWE’s R Truth) were in the movie thanks to Evan Ginzburg and his extensive contacts within the wrestling industry.

Besides Ring of Honor, Afa Anoa’i, was hired to train Rourke for his role. Anoa’i brought his two main trainers, Jon Trosky and Tom Farra, to work with Rourke for eight weeks and both appear in the film.

At the same time, Combat Zone Wrestling and Jersey All Pro Wrestling helped with venues and scouting grounds to understand wrestling more to capture the authentic feel experienced in the movie.

Almost 40 wrestlers took part in the film, including Larry Sweeney. His passing in 2011 hit Evan very hard, as revealed in his poignant tribute to his friend.

3. "The Genius" Lanny Poffo Was Passed Up For a Role in The Wrestler

One entertaining story is that Evan tried to land his friend "The Genius" Lanny Poffo (brother of WWE Hall-of-Famer "Macho Man" Randy Savage) a role in the film, but when Lanny was brought in, he was told that "he looked too good, didn’t look beaten down, and didn’t fit."

On The Genius Cast podcast, Lanny remembers being told that he looked like a game show host, to which he replied with an enthusiastic, "Look at this studio filled with glamorous prizes!"

4. The Unglamorous Wrestling Convention Scene in The Wrestler Did Not Go As Envisioned

The tragic wrestling convention/autograph scene in The Wrestler was not filmed as Evan Ginzburg had pitched it. He wanted to bring in several legends like Lou Albano and many others, but the director believed that Mickey Rourke would look out of place if surrounded by legitimate legends of the squared circle.

"We only got Johnny Valiant, who was almost unrecognizable because he didn’t have his hair dyed, and Emanuel [Manny] Yarbrough, who was an ex-UFC fighter and sumo wrestler. The rest were just extras that looked rugged," says Evan.

5. Associate Producer of The Wrestler Evan Ginzburg Was Asked to Act in the Film

While the wrestling convention scene didn’t develop as Evan Ginzburg envisioned it, he was surprised while on the set when director Darren Aronofsky, with a smirk on his face, called him over and put Evan in the movie.

"Next thing I know, I’m acting in that scene!" recalls Evan.

"It was total improv. Mickey [Rourke] whispers in my ear, ‘impov it.’ He thinks I’m an actor! I’ve never acted in my life! So I was just thinking, ‘What would I say to a famous wrestler who I loved as a kid?’ I just start, ‘I loved you as a kid, I saw you at The Garden- can I have your autograph?’

"Mickey [Rourke] looks at me and goes, ‘What’s your name?’ So I’m thinking for a second because we’re [doing improv] and I go, ‘Evan.’ I played myself in a fictional movie. How surreal is that? Those were my 30 seconds of immortality," Evan proclaims.

"They’ll be playing that movie a hundred years from now because Mickey’s performance is so great, I think it’s comparable to [Marlon] Brando’s On The Waterfront, particularly when Mickey does the scene where he says he’s just a broken down piece of meat.

"It’s an unbelievable performance. He won the Golden Globe and was nominated for the Oscar, but Sean Penn won that year [for the role of Harvey Milk in the movie Milk], but I don’t think you’ll ever see a better performance."

6. Director Darren Aronofsky Knew Straight Away That They Made Something Special

Evan remembers while laughing, "At the wrap party, when the whole movie had been completed, director Darren Aronofsky grabbed the mic. During a speech, he exclaimed, "I don’t know what the fuck we have, but we have something here!"

Evan adds, "We didn’t know how big it would be. And when I say big, I mean critical success. It made about $40 million domestic. It wasn’t The Avengers or Spiderman, but critically, it’s something that we’re all very proud of.

7. It Was Filmed on One-Third the Budget They Originally Asked For

As it turns out, the movie was done on a relatively small budget of $6 million, even though Aronofsky asked for $18 million. He had to settle for a lesser amount because Mickey Rourke’s name wasn’t as prominent anymore in the film business at the time. That is, of course, until after The Wrestler became a hit.

8. Nicolas Cage as Randy "The Ram" in The Wrestler?

Although Mickey Rourke was always the first choice for the role, director Darren Aronofsky briefly considered having Nicolas Cage star in the movie as Randy "The Ram" Robinson. With Cage, they believed that they’d be able to secure the funding they were aiming for.

The reason and circumstances surrounding why Cage wasn’t able to secure the role of "The Ram" has an interesting backstory, as told by Evan.

"The director tells me one day that we’re going to go pick up Nicolas Cage, and we met him in the basement of the Hammerstein Ballroom where they were having a Ring of Honor show. It was my job to show him around and introduce him to everybody."

Nicolas Cage, who Evan says is a "super nice, down to earth guy," didn’t know what he was walking into, and when he saw ROH, he thought it was real, thinking it was something like UFC!

Evan remembers, "It was a great night of wrestling. Nigel McGuiness, Bryan Danielson…"

After all this, the crew had a meeting, and it was determined that Nicolas Cage looked too healthy for the role. At the time, he was in his early-to-mid-40s and in good physical shape, and that’s when it was agreed that Mickey Rourke would be a better fit for the role.

"[Director Darren Aronofsky] actually went with the less marketable actor because he wanted to create the movie that he envisioned, and he stuck to his guns and much respect. A different director would have gone for the money!"

When speaking with Access Hollywood, Nicolas Cage gave his reasoning for why he didn’t end up with the role. "I wasn’t quote ‘dropped’ from the movie. I resigned because I didn’t think I had enough time to achieve the look of the wrestler who was on steroids, which I would never do."

Nicolas mentioned that he actually called Mickey when he was first given the script to ask for the actor’s blessing.

"The movie was written for Mickey," Cage explained. "And, for whatever reason, they couldn’t get the financing for the movie back then."

9. Life After The Wrestler

"I had pretty much sworn to myself that after The Wrestler, I wouldn’t attach myself to another wrestling film," Evan Ginzburg admitted in an editorial on our site back in 2018. "Mickey Rourke’s performance was iconic.

There were Oscar nominations, critical acclaim, and a standing ovation at a sold-out New York Film Festival at Lincoln Center. How could anything top that?"

This all changed after Evan was pitched an idea by boxing cutman and indie wrestling promoter Darren Antola. "What if the 1980s legends of the professional wrestling business told the tale of what it was like to live a sex, drugs, and rock & roll lifestyle 350 days a year on the road and the toll it took on them?"

The idea was intriguing, and Evan reprised his role as an Associate Producer once again in 350 Days: The Movie.

"This was not going to be another shoot interview in a dingy hotel chronicling who the booker was back in ’72. This would be about the toll this business took on your mind, body, marriage, family, and living that exhilarating yet grueling and sometimes insane lifestyle."

Viewers will quickly notice that most of the stars featured are a shell of themselves, thanks to the ravages of time and years on the road. Punishment in the ring is one thing, but the lengths they went just to be able to get up every morning are looked at in-depth in this eye-opening documentary; you won’t want to miss it.

Some mat legends like Ox Baker, George "The Animal" Steele, Don Fargo, and Jimmy Snuka passed away before the film’s premiere and never saw it completed. 350 Days, in many instances, captures the last recorded images of these stars.

Trailer for 350 Days: The Movie

You can read all about the making of 350 Days starring 38 wrestlers in total, including Bret Hart and "Superstar" Billy Graham, and get information where you can purchase this fantastic documentary that took six years to make here.

Evan Ginzburg certainly has a lot of wonderful stories to tell. If you would like to learn more about his life in wrestling before The Wrestler and 350 Days, you can go here.

Evan Ginzburg was an Associate Producer on The Wrestler and 350 Days starring Bret Hart and Superstar Billy Graham. He is a 30-year film, radio, and TV veteran. Check out his Facebook page Evan Ginzburg’s Old School Wrestling Memories and his new radio show Wrestling and Everything Coast to Coast with Buddy Sotello. He is currently working on his second book, a short story collection. His first book, Apartment 4B, Like in Brooklyn, was about his growing up in the turbulent Brooklyn of the ’60s and ’70s. 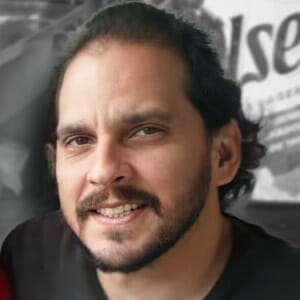 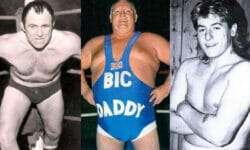