In the 2nd volume of this month’s ‘Playboy’ Gary Hart Series here on Pro Wrestling Stories, we take a look at the rebellious way in which The Texas Outlaws, Dick Murdoch and Dusty Rhodes, were sent packing by Jim Barnett in the Australian territory back in 1969.

“Tag team wrestling had never really caught on in Australia, and Jim was always trying to find the right team to capture the people’s attention. While there had been tag team matches, they were mainly out of programs or angles, and Jim really wanted to bring in a well-known team of stature. He brought in Jody Hamilton and Tom Renesto as The Assassins, but they didn’t work out, so I suggested The Texas Outlaws: Dick Murdoch and Dusty Rhodes. The Outlaws had just had solid runs in Detroit, Florida, and Dallas, and I really thought they would get over in Australia, so Jim took my advice and flew them in. The Texas Outlaws got over with the Australian fans pretty quickly, and Jim fell in love with Dusty immediately. He even told me that he thought Dusty was the greatest thing since Dick the Bruiser! Unfortunately, the rebelliousness that made The Outlaws such a great team was also their downfall in Australia.

“Dusty and Dick were really big on wearing cut-off T-shirts and these ridiculously short jeans cut to look like Daisy Dukes.”

Jim Barnett had a dress code for his crew and demanded we all wear slacks, a dress shirt, a tie, and a jacket. We were never allowed to be seen in jeans and T-shirts in public, and if anyone showed up in one of his towns slovenly dressed, they would be on the first plane home. Jim had rules, and if you were going to work for him, he would pay you good and take care of you, but he wanted you to be presentable, look respectable, and give one-hundred percent every night. However, for Dusty and Dick, he bent the rules a bit. They were The Outlaws, after all. He let them wear nice jeans and cowboy boots, but Jim insisted they wear those little cowboy ties on their shirts. Dusty and Dick carried the ties in their pockets, and whenever they would see Jim coming, they would quickly put them on. Dick and Dusty also loved to go to the Texas Tavern bar, which was a very popular hangout, and get all the Vietnam soldiers out on R&R drunk. They would take safety pins, squeeze them on their own heads, and hang their socks off it! Dick Murdoch also did some crazy things. There was a guy in a town called Surfer’s Paradise who had an aquarium, and Dick Murdoch would get in the tank and swim with the sharks and stingrays – and I don’t mind admitting to you that I didn’t have the balls to do that. And for some odd reason, Dusty and Dick were really big on wearing cut-off T-shirts and these ridiculously short jeans cut to look like Daisy Dukes. They would dress up like that and go hang out on the corner of the King’s Cross. One time, I was in a restaurant eating with my wife when I saw them dressed like that, and I ran out screaming, "If Jim Barnett sees you, you’ll be on the next plane home! You cannot walk around in public like that! You’ve got to clean up!"

They didn’t pay any heed to my warning, though, and the very next day they were back in the Kings Cross with their cut-off shirts and cut-off jeans eating ice cream and talking to a bunch of streetwalkers. As if on cue, none other than Jim Barnett himself walked by. Of course, the next time I saw Jim, he told me, "I sent The Outlaws home. They’ll have to learn their lesson another time."

Related: For more in our Gary Hart series check out:

Gary Hart on JERRY JARRETT: The Bastard Child of an Inbred Hillbilly Family

SOURCE: ‘Playboy’ Gary Hart’s autobiography, My Life In Wrestling…With A Little Help From My Friends’ 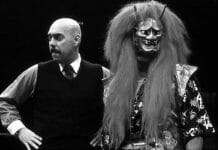 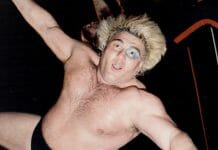 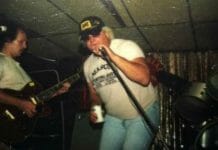 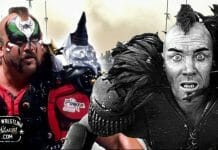 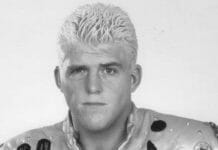 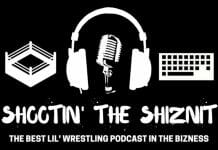