It should have been a triumphant moment for Chris Jericho and All Elite Wrestling. Jericho put on a highly entertaining bout against Hangman Page at All Out to crown the first-ever AEW champion, and Y2J took the title. And then the belt went missing.

Though this was a strange turn of events for 24 hours, it wasn’t the first time a title belt has legitimately been stolen or come up missing. Many have never been recovered.

Like many champions before him, Chris Jericho lost his title (or, depending on whom you believe, had it stolen). There was some speculation that this was a work, but Jericho contacted the Tallahassee, Florida police and filed a report.

"The victim reported the theft of his championship wrestling belt while he was eating inside Longhorn Steakhouse," the report states. "The victim [Jericho] stated he arrived at the Millionaire Club Airport Terminal and placed the belt inside his rented limousine. The limo driver shuttled the victim to Longhorn while the limo driver returned to the airport. The victim had taken the wrong luggage from the airport, and the driver took it back to the terminal. When the driver picked up the victim from the restaurant, the belt was missing. Responding officers searched the limo and the airport for the belt without success. On-call CID was consulted, and forensics responded to the scene."

Just under 24-hours after his belt was stolen, a good samaritan found the AEW title on the side of the road and handed it over to the police.

“On Sunday, September 1, 2019, TPD responded to 2400 North Monroe Street reference a theft. Officers learned that a championship belt, reported to be valued at $29,250, was stolen from a limo recently occupied by the belt’s owner. On September 4, 2019, a citizen returned the championship belt to TPD headquarters, reporting that it was found along a local roadway.

“This case has been assigned to investigators with TPD’s Burglary Unit and is still an active investigation. Investigators are asking anyone with information about this case to please call them at (850) 891-4200 or Crime Stoppers at (850) 574-TIPS. TPD will provide more information when it becomes available.”

The AEW title theft news made its way across the pond to the BBC. Good or bad news, the whole debacle certainly brought more eyes onto AEW!

On September 27, 1965, Bruno Sammartino defeated Tarzan Tyler in the main event at Madison Square Garden. Later that evening, Bruno went to dinner in Manhattan, as he customarily did. Bruno locked the WWWF championship title belt in his car. When he came out of the restaurant, he found that someone had broken into his car and stolen the belt. The belt was never recovered.

A few years after the title was stolen from Bruno, another WWWF belt was reported stolen by then-champion Pedro Morales, and a new one was made.

Like Bruno, Pedro reported that his title belt was stolen while he was in a restaurant. However, Morales’ story has been called into question since then, however, since wrestling historian Tom Burke purchased Morales’s title belt from a pawn shop in New York. The rumor — and at this point, it is only a rumor — is that Morales sold the title to pay off gambling debts.

Freebird Michael Hayes lost one of the NWA World Tag Team Title belts, which is why you saw Hayes and Jimmy Garvin occasionally coming to the ring with only one title belt during their run with the tag team championships.

Some of the most interesting stolen belt stories involve one man: the King of Memphis, Jerry Lawler.

Lawler was signing autographs one afternoon along with the historic Southern Jr. Heavyweight Title, which had been the top championship in the Memphis territory since the days of Sputnik Monroe, Billy Wicks, and Jackie Fargo. As he prepared to leave, Lawler put the title in his bag. He then went to the restroom, leaving the title unattended. When the King returned, the belt was no longer in his bag. It has never been found.

Jerry Lawler had the AWA World Title in his possession after unifying that title with the World Class title, defeating Kerry Von Erich at SuperClash III. However, AWA promoter Verne Gagne changed his mind about the title unification and demanded the physical belt back. Lawler agreed to send it back but would not do so until he was paid for SuperClash III. Verne refused to pay him (big surprise), and Lawler kept the AWA world title, which he used as the USWA championship for several years before unveiling a new ‘unified’ world title.

And about that unified world title: Eddie Crawford worked around the South — notably in Memphis, Texas and Mid-South as the Snowman, a Black man wearing all-white tights and mask. He had good size and was considered a pretty good hand (and he should have been: Lawler trained him).

Crawford had something of a reputation as a malcontent anyway, so when he began to publicly call out Lawler for holding him down because he was a black man, it was a believable angle.

Wrestling on Wheels! The Contact Sport of Roller Derby 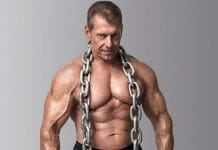