David Von Erich passed away in February 1984, at the peak of WCCW’s popularity. At the time, the Von Erichs were involved in an impassioned feud against the Fabulous Freebirds, and father Fritz needed to find a replacement. This is the exclusive tale of the Von Erich Fritz created!

The Tale of Lance Von Erich, The Lost Von Erich

For the wrestling fans who followed the World Class promotion based out of Dallas, Texas in the 1980s, they know how popular the in-ring action was back then.

In the days of territorial wrestling, Fritz Von Erich had found the perfect wrestlers to carry his company’s banner, and it was through his sons, Kevin, David, Kerry, and Mike.

No matter whom the villains the Texas family wrestled, large crowds of people gathered to cheer them on. Fans came from all over to see the boys’ in-ring performance.

The Von Erichs were not your average wrestlers; they were all young, athletic, and handsome men with aspirations of being pro wrestling’s top stars.

Unfortunately, with all the accomplishments they achieved in their wrestling careers, they also experienced many tragedies. The first devastating loss occurred in February of 1984 when David Von Erich died while on a wrestling tour in Japan.

David’s passing was intensely felt by those who loved him, and eventually, his absence from the World Class promotion became a concern to the company’s bottom line.

At the time, wrestling was a daily business; two shows a day were common. With Fritz’s sons being in high demand and the top stars of World Class, he thought the creation of another Von Erich would help carry the load, and the idea of Cousin Lance was born.

The newly released book "Lance by Chance: Wrestling as a Von Erich" tells the story of how an amateur powerlifter turned bodybuilder named Kevin Vaughan was discovered by World Class referee and booking agent, David Manning. That particular story is told here by Lance Von Erich from Chapter 1, “Being Discovered.”

“Several months after David Von Erich died, I was golfing with my fiancée Candy and her father Jim at the Ditto Golf Course in Arlington, Texas.

“Candy was a beautiful blonde girl from Iowa. Due to Jim’s competitiveness, he played a lot of golf and racquetball. I wasn’t really into golf, but when the three of us got together, we played. On that particular day, I wore shorts and a tank top, so my muscled body was on display.

He continued, “Since I had recently finished a bodybuilding competition, my diet had been very strict, so I looked pretty chiseled and cut.

“As we played, Candy noticed a man who appeared to be following us around on the golf course and watching us. Candy had just finished putting her golf ball into the hole when she pointed him out to me.

“I looked to where Candy gestured and saw the man staring in our direction. I didn’t recognize him. After he noticed me looking at him, the man walked over to where we were.

“At first, when he stood in front of me, he just studied my body. He didn’t look me in the eye or at my face very much. I was curious about what he wanted. I could tell he was impressed by my physical build.

“The man stood about 5’8", weighed around 190 pounds, and he had dark brown hair and a mustache.

“Have you ever thought about working in professional wrestling?" David asked.

Lance Von Erich tells why Fritz sent him to Portland, Oregon, to wrestle for promoter Don Owen. It was there where Lance learned how to work inside the ring, and he learned what happened outside of wrestling, too.

Stories of Billy Jack Haynes, Bobby Jaggers, Jerry Grey, Steve Simpson, and Ric Flair are told as to how they shaped his wrestling style.

When Lance’s career takes him back to the Dallas area, he explains what wrestling with Kevin and Kerry as a Von Erich was like. Topics such as the tour to Israel, Chris Adams, Bruiser Brody, and Lance’s botched tour to Japan are told in detail.

Sadly, readers will also be reminded of Gino Hernandez’s death, Mike Von Erich’s funeral, and the tragic motorcycle accident that Kerry Von Erich suffered, which eventually led to a secret he kept for years.

Lance Von Erich writes, “According to David Manning, when it came time for Kerry’s foot amputation, 11 doctors and nurses were in the room to perform the surgery.

“The medical staff scheduled to operate that day had been sworn to secrecy about the condition and details of Kerry’s operation.

“Surprisingly, Kerry’s amputation did stay a secret for a while. He was out of action for a long time.

While he was recovering, Kerry did the in-ring play-by-play with the other commentators for the television recordings.

“I don’t think Kerry started wrestling again until late 1987, and by that time, I had already left Dallas.

“Kerry didn’t want people to know what happened to his foot, but when the promotion took matches to areas where there were beaches, he didn’t always wear long pants to cover his leg. As a result, word of Kerry having a prosthesis started to get out.

“I heard Kerry was in a couple of matches when his foot came off. I don’t know this for a fact, but I’m guessing the first time was an accident, and the second time it happened, it was probably intentional.

Lance speaks freely about the friendships he made in the business with Kerry, Bruiser Brody, Dusty Wolfe, and Jim Hellwig (The Ultimate Warrior). Many seem to think Lance’s career was over when he stopped working for Fritz, but what happened next may surprise you.

“Lance by Chance: Wrestling as a Von Erich” will not only take you through Lance’s career but it also focuses on the rise and fall of the World Class promotion. Lance explains what the territory was like when he got there and what it turned into after time passed.

“In the year and a half that I wrestled for World Class, I watched the fan base disintegrate. I think the people who supported the wrestling promotion were disappointed and brokenhearted after the deaths of David, Mike, and Gino Hernandez.

“World Class might have survived one of those deaths, but dealing with three losses was difficult.”

Lance continued, “In 1984, at the David Von Erich Memorial, the temperature was said to be over 100 degrees, and that event drew over 43,000 people.

At the 4th Annual event, which was a couple of weeks after Mike’s funeral, the temperature was in the 80s, and only 6,000 people came out to that show. When a business loses over 35,000 customers in only three years, there’s a problem.

“The roster was changing. New guys were coming in, and familiar wrestlers left, but I don’t think that had anything to do with it.

“I know how the fans treated the Von Erichs because they treated me the same way, with nothing but love and admiration. The people of Texas were mourning, and I think their sadness of Mike’s recent death overrode their desire to want to watch wrestling.”

If you are interested in reading more, be sure to grab a copy of this fantastic book. 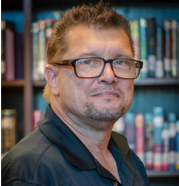 Vinny Berry is a contributing writer for Pro Wrestling Stories. He is an award-winning photographer, author of “Lance by Chance: Wrestling as a Von Erich,” lead writer for wrestleville.com, and has written for a various number of combative sport websites. He can be found on Facebook, @erich_lance on Twitter, and can be reached by e-mail at vinny@wrestleville.com. 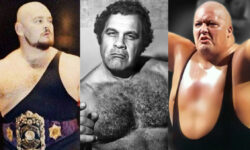 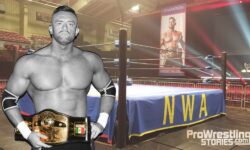 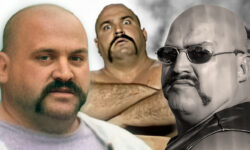 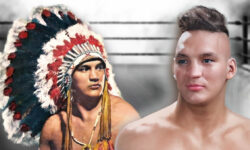 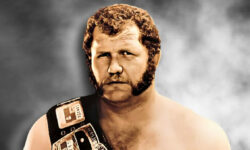 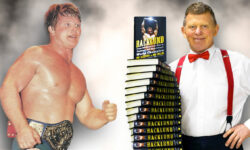 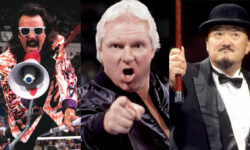 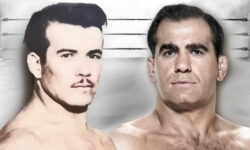 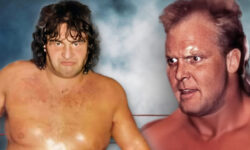 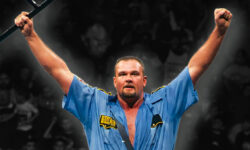 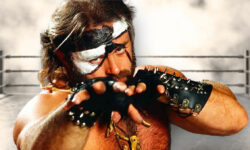