Papa Shango was a gimmick in the WWF that gave many a young fan nightmares, but older fans lukewarm responses back in the day. Here, wrestler Charles Wright opens up about his memorable botched WrestleMania 8 run-in and why he didn’t like his Shango character.

Debuting on WWF Superstars back on February 8, 1992, the dark role played by Charle Wright carried a skull to the ring, which billowed smoke. He could control arena lights, which allowed for strange goings-on in the ring, and would even cast spells to cause opponents pain and to make them vomit from afar.

Wright’s short stint as the voodoo practitioner received critique from fans and wrestlers alike due to a few miscues and the character’s over-the-top nature. At WrestleMania VIII, for instance, the plan was for Hulk Hogan to hit Sid Justice with the mighty leg drop only to have Papa Shango run out, break up the pin, and cause a disqualification. Then, as Hogan was being double-teamed, a returning Warrior (who hadn’t been seen since SummerSlam ’91) would run out to make his triumphant return.

“The rumors of me hating the Papa Shango gimmick are true.”

Through its short stint in the then-World Wrestling Federation, Wright’s Papa Shango role was ridiculed by fans. It was voted Worst Gimmick and the Most Embarrassing Wrestler in the Wrestling Observer Newsletter awards for 1992. Findlay Martin of professional wrestling magazine Power Slam, in a 2013 article, wrote, “Shango and his curses were a total embarrassment. Fans exhaled loudly each time he appeared on screen. Shango bombed, and deservedly so.”

On the other hand, Bret Hart liked the character and Wright’s in-ring work but found Shango’s storyline with the Ultimate Warrior – in which a voodoo curse was placed on Warrior – to be perhaps the second-worst creative concept in WWF history (after the introduction of the Gobbledy Gooker). Hart reported that WWF executive Pat Patterson did not like the gimmick and was responsible for its termination.

In an interview with the now-defunct imetawrestler.com (H/T: ‘Wrestling’s Glory Days’ Facebook page), Charles Wright opened up about his Papa Shango character and why he wasn’t a fan of it, either.

“The reports and rumors of me hating the gimmick are true – it’s because Shango is so dark, so demanding, and it took so much out of me that it was exhausting. I’m a happy guy, man. I love being happy. I’m The Godfather! I love smiling.

“But Papa Shango, man… I had to go to a real dark place to make him so convincing…

“I used to read books on voodoo – in fact, I built an entire voodoo library. Everything I said in my promos was real and legit. All the props were from voodoo stores. It was totally authentic. The effects guys worked with the staffs and sticks so that they all did something different. I had a bunch of them…some would shoot sparks, others had smoke and lights that came out of them.

“I was the first wrestler to do the ‘lights out’ gimmick. Arena owners and building management didn’t want to do it in case somebody got hurt. Now, of course, it happens every week, but back then, it was a huge deal. The funny thing is, as impressive as it looked, the only reason we did it was so that the effects guys could get into the ring and light the guys’ boots on fire without being seen!

“Papa Shango was supposed to last much longer in the main event, but Sid fucked it up. It was supposed to be Sid and Warrior headlining SummerSlam [1992], but Sid didn’t want to do it, and he quit.

“He had his own issues… he said Vince had brought him in under the promise of replacing Hogan as the top babyface, and it wasn’t going the way it was supposed to. So Papa Shango was fed to Warrior instead.

“People were jealous of Warrior because he did his own thing, he was smart, and he was successful. People don’t like that. He was stiff with me in the ring, but he wasn’t as stiff as I was with him, I’ll tell you that much right now.

“The problem was, with a character like Papa Shango, once the losses piled up, the character lost a lot of that mystique and invincibility, and it was all downhill fast from there.

“That [WrestleMania 8 run-in with the botched finish] was not my fault! I was told to go too late, and they underestimated the length of the aisle. Even Warrior said later that night that he had to haul serious ass to get there on cue. Watch his run. He used to run to the ring every night – but never like that!

“Today, I have a pet dog, a pit bull. Do you want to know what his name is? Shango.” 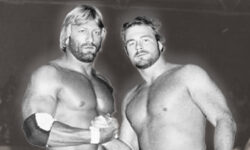 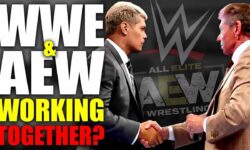 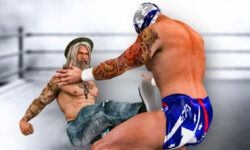 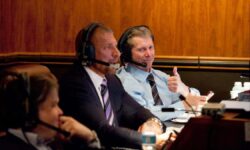 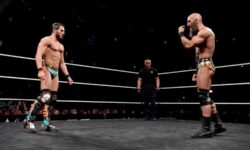 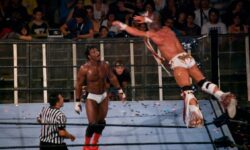 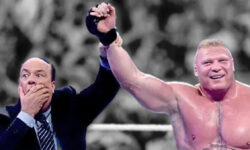 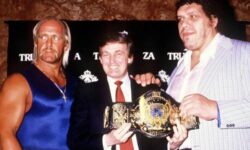 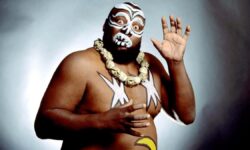 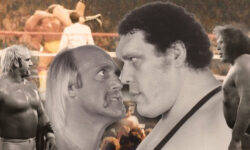