Marc Copani, a 6’2″, 243-pound prospect, was set on a path to reach the pinnacle of professional wrestling as Muhammad Hassan in WWE. The American-born wrestler of Italian descent was ready for the big stage, but tragic events would curtail his bid for greatness. Over the course of a tumultuous eight months, his dreams would be completely and utterly extinguished.

Muhammad Hassan and His Turbulent 8 Months in WWE

It was a sensitive time not only in the U.S. but the world. The tandem would garner immediate heat from the live audience, and two super-heel characters were born. Even the heels hated them.

The gimmick was an instant success for WWE and the pair quickly became a cornerstone of Raw’s weekly programming. Both in their early twenties and green to this level of stardom. they expertly provoked a nation that felt under constant threat from the Middle East.

Merely looking to the sky with their arms extended, and Daivari shouting in Farsi, the two hyped and antagonized the fans in attendance and at home. There’s no heat quite like anti-American heat in the WWE.

As their momentum continued in early 2005, an appearance at the showcase of the immortals beckoned.

Irate at not being booked on the WrestleMania 21 card, Muhammad Hassan and Daivari interrupted the uniquely challenged Eugene, who was having the time of his life in the ring.

After a vitriolic promo littered with ‘whats’ from the crowd, Hassan and Daivari beat down Eugene before Hulk Hogan appeared to save the day. It would be Hassan’s one and only WrestleMania moment. It should have been his first of many.

In just a few months, they had reached the top of the card and feuded with Hulk Hogan and Shawn Michaels. It led to a marquee tag-team match between the two duos at May 1st, 2005’s Backlash pay-per-view.

A “Muhamad (sic) stole my camel” banner was held up by one enthusiastic fan. It felt like the USA vs. the Middle East. Hassan’s use of a lead pipe was in vain as they lost to the two Hall-of-Famers, in a match-up that would have provided valuable experience for the two young superstars.

Just weeks after his release from the WWE, Shawn Daivari spoke with myself and my PWB Podcast co-host in October 2007 to discuss those events of 2005.

“Then a little bit later down the road, working with Hulk and Shawn Michaels – my whole time growing up as a child, those were the two guys I idolized – to get both of them together headlining a pay-per-view, there was really nothing better for me to do at that point. It was amazing.”

Their stint on Raw, somewhat surprisingly, concluded with Hassan losing a WWE championship match to John Cena. It was Hassan’s first defeat suffered by pinfall. A switch to Smackdown in the 2005 draft beckoned for the pair in what would turn out to be a cruel twist of fate.

Almost immediately, Muhammad Hassan and Daivari found themselves feuding with the biggest star on WWE’s blue brand. No momentum had been lost with the draft switch – yet.

The controversy was ignited when an episode of Smackdown taped a few days earlier aired on July 7th, 2005. The Undertaker soundly defeated Daivari before Muhammad Hassan fell to his knees and started to pray, seemingly initiating the entrance of five masked men who beat up and even strangled ‘Taker with wire.

The graphic scene culminated in Hassan putting the Camel Clutch on Undertaker while the masked ‘sympathizers’ (as they were eventually referred to as) kneeled in a praying manner.

On the very day the above footage aired, the July 7th bombings took place in London. 52 innocent people lost their lives in several terrorist bombings across England’s capital city.

UPN, the network broadcasting Smackdown, didn’t want Hassan’s character to appear on their channel. They refused to relent, thus forcing WWE’s hand, and the gimmick was at the beginning of its end.

How fitting that the anti-American villain’s demise was staged at The Great American Bash, as he was powerbombed through the stage onto concrete after suffering defeat in a No.1 contenders match for the World Heavyweight Championship against The Undertaker. It was to be his last ride.

Even Michael Cole spoke on commentary of how this was possibly his “last match” in WWE. His fate had been sealed when the final ever images of him on WWE television displayed him motionless and covered in blood.

Watch Undertaker Deliver a Final Last Ride to Muhammad Hassan at The Great American Bash in 2005:

“The fact that we did everything properly and circumstances out of our hands ended our career, what we thought at the time was the end of our career, was pretty devastating.”

Daivari continued, “In hindsight, I was really only off TV for two-and-a-half to three months, and I came back with Kurt Angle working with John Cena doing the same character I was doing before. Looking back on it, it wasn’t all that big of a deal, but at the time, it was pretty devastating.”

It wasn’t particularly a catastrophe for Daivari as, after a short break, he proceeded to manage Kurt Angle, Mark Henry, and The Great Khali in prevalent spots on WWE cards in late 2005 and 2006. However, Muhammad Hassan had been tarnished by the gimmick that had earned such success.

Hassan’s downfall had been incredibly unlucky. Through no fault of his own, he was released from WWE in September 2005.

Gallingly, before the July 2005 incident, Hassan was being groomed to beat The Undertaker in their Great American Bash contest, which would have led to him becoming World Heavyweight Champion at SummerSlam.

Interestingly, during their sudden rise to the top of the RAW card, another team scoring significant heat regularly and tremendous success on the tag-team scene were disbanded to allow all the anti-American heat to attach itself to Hassan and Daivari.

La Résistance, four-time WWE World Tag-Team Champions, were sacrificed, as Rob Conway explained to me on the PWB Podcast in October 2007.

“The whole reason they split us up was because they wanted all the anti-American heat, so to speak, to go to Muhammad Hassan,” Conway revealed.

“They were pushing him as being the anti-American. What would happen was, we would go out and get more reaction than him, and go on a little bit earlier in the night as the tag-team matches go on earlier, and he would wrestle, like Jericho later in the night and it would kind of hurt his reaction as his gimmick was similar to ours – he was just from another country.”

Nowadays, it would likely seem racist for American fans to automatically boo wrestlers playing the parts of men from the Middle East. Still, Daivari felt this was not the case in his experience. He and Hassan had successfully drawn the reaction they wanted – it wasn’t simply because of their ethnicity.

“I think it’s up to the character to make them feel the way they want to because I don’t remember, from the day that Sabu started in the WWE, I don’t ever remember people booing him. Many WWE fans had no idea who Sabu was or what ECW even is,” Daivari explained.

“From when he first started in WWE, I don’t recall anyone seeing him and automatically booing him because he wore a turban and the baggy genie-looking pants. I think people, generally speaking, are open, and they allow the character to make the first move, and obviously, mine was in a heel direction, and they responded.

“I think if it went in a babyface direction, they would have responded equally as well, because, in a lot of WWE dark matches, I worked as a babyface, looking exactly the same as now, and I did get over.”

From being within touching distance of becoming World Heavyweight Champion, Marc Copani’s story sadly ended in an anti-climactic and disappointing fashion. He had been inadvertently punished for events he had no control over.

After leaving WWE in 2005, Copani left the ring behind and returned to school to get a degree in teaching. He is now currently the principal of Fulton Junior High School in central New York.

Looking back on his days as a wrestler, Copani admits there’s a feeling of fondness mixed in with some angst. He worked really hard to achieve his dream in WWE only to have it all taken away from him in the blink of an eye. If it hadn’t happened, however, Copani says he wouldn’t have become an educator.

“It was a blessing in disguise,” he said, “because today I love being a principal.” 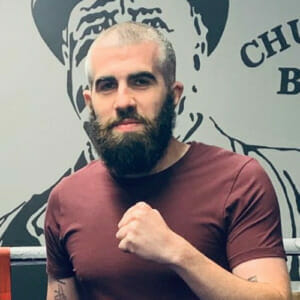 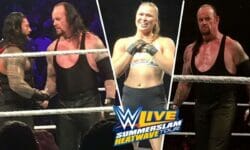 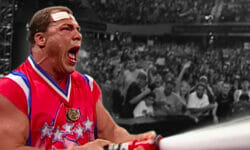 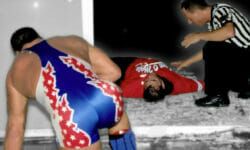 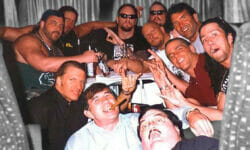 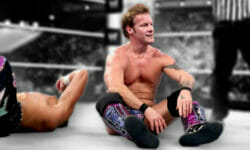 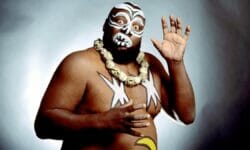