Now, if you speak to wrestlers about Jericho, you’ll usually get favorable quotes on the legendary performer. But for anyone who has read any of Jericho’s autobiographies, you’ll know that he’s not afraid to speak the truth, shed the dirt, and rip into his fellow professionals.

From basically calling Triple H an ‘obnoxious bully’ when he first arrived in WWE from WCW in 1999 to describing Chyna as a ‘hazard and chore to work with,’ he’s not afraid to speak his mind.

Let’s travel back to January 2013. Chris Jericho had just negotiated a short-term deal with WWE that would see him work through until SummerSlam.

The whole point for Jericho returning in the first place was to put Ryback over in a massive way at WrestleMania and make him a made man.

Jericho did not appreciate WWE stopping Ryback’s momentum by having him lose his undefeated streak to CM Punk and decided to make it his mission to rebuild The Big Guy and make him a main event player in WWE.

At first, Vince McMahon was on board, and everything was ready to go until the chairman of the board had a change of mind that left Jericho seething.

Jericho found out through some third party that his proposed match with Ryback was off and that he should discuss things with Vince. That’s precisely what Jericho did, but his mood wasn’t improved when he heard he would be taking on Fandango at WrestleMania 29 instead.

At this point, Fandango was a heel dancing character that hadn’t even had a match on WWE TV. Vince wanted his debut to be a big deal and felt he could trust Jericho to make it happen.

Jericho wasn’t as taken by the whole scenario and said this wasn’t what he came back for. But things would turn from bad to worse for Jericho when he learned that not only would he have to face Fandango in his debut match at WrestleMania 29, he would also have to put over the newcomer.

To say Jericho was irate would be an understatement. He had serious thoughts of just walking out on WWE and leaving everything behind.

Jericho was further frustrated when he found out that Ryback would instead be taking on Mark Henry in another throwaway match on the WrestleMania 29 card. None of it made any sense to Jericho.

When he then discovered that WWE had no real plan for his program with Fandango, he flipped his lid. He felt betrayed by Vince and let down. He also felt disrespected. He went as far as to say he thought Vince might have been playing a rib on him; the whole thing seemed that off.

Jericho was at the point of quitting and not working WrestleMania at all until he got a phone call from none other than The Undertaker.

The Deadman has long been known as the heart and soul of WWE, and he’s the go-to guy for advice. Names like Triple H, John Cena, and Stone Cold Steve Austin have all gone to Taker for his words of wisdom over the years, and now it was Jericho’s turn.

When he revealed that he was thinking of quitting, Undertaker told him not to do anything silly and just do his job.

"I confided in Undertaker to get his advice," Jericho remembers, "to which he said, ‘of my 20-0 [at the time], I had to wrestle some dudes that I didn’t really want to (Gonzalez, Snuka, etc.)’ Basically he said to do my job to which I agreed."

The match itself at WrestleMania 29 was average at best. Fandango looked nervous, but to Jericho’s credit, he did everything he could to make this a career-defining moment for him. Jericho did the job and put Fandango over as he was told. He also got paid handsomely for doing so.

"Although I didn’t want to work with him," Jericho recounts, "I decided just to do what Vince asked, and for that, Vince paid me one of the biggest payoffs I’ve ever received."

Jericho continues, "Most of the time with Vince, it’s not arguments, it’s just debates, or it’s very calm. ‘This is what you’re doing.’ I wasn’t supposed to be working with Fandango at WrestleMania 29.

"It was supposed to be Ryback, and that was kind of the deal we had made. That was the promise that was made, and it was changed very quickly for no real reason. I wasn’t happy about that either.

"We had about three weeks to come up with an angle, and if you go and watch that match and watch the night after, the most over guy on that show was Fandango. And I’m taking a huge chunk of the credit for that, thank you very much!"

Whatever you want to say about Vince McMahon, he looks after those who he can trust. And I think that the moral of the story here is this — In life, we all have to do things we don’t want to do, but we do them because of human connection. Without that, there’s no reason for anything.

So we can thank Undertaker for keeping Jericho on board and giving us countless memories over the years since, including The Festival Of Friendship and, of course, The List. 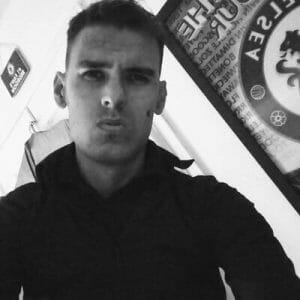 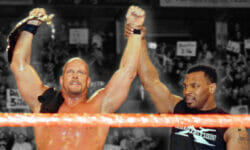