Before finding his calling in professional wrestling as Hulk Hogan, Terry Bollea was a long-haired bass player in a band called Ruckus out of Florida. Little did he realize how much his life was about to change one night after playing a nightclub gig in Daytona.

“Before I knew it, there was a bunch of wrestlers at our gigs.” – Hulk Hogan.

Before Hulk Hogan’s rise to fame in the wrestling world, the real-life Terry Bollea had a passion for music.

“[Ruckus] was my last band,” Hogan opens up in an interview with Noisey. “I had been on the road for ten years, and I was a studio musician in Atlanta, a century artist. I started out playing guitar in junior high school because I wasn’t a big sports guy. I was into music and had long hair. So I started out playing guitar, and as things go as a music kid, you start playing in bands. All of a sudden, I got in a really good band playing guitar, but then this different really good guitar player came along—and this guy was really great. I had a choice: leave the band or start playing bass. So I chose to become a pretty darn good bass player.”

Hogan continued, “When I was in high school there were like five or six good bands, and I got all the good people out of these bands and into one band called Ruckus. I got the lead guitar player from Todd Rundgren’s band. I can’t remember some of the songs he did, like, ‘Hello, It’s Me.’ They were famous back in the ’80s. But Ruckus kicked ass. That was the last band I was in.”

Word started spreading around to the wrestlers who lived and trained nearby.

“Growing up, I was a huge wrestling fan. As a kid, I was scared to death of them because, back in the day, wrestlers were very protective, and if you called wrestling fake, they would punch you in the face. Even in high school, I was scared to death of [wrestlers]. But, all of a sudden, I started playing in this kick ass rock n’ roll band, and a couple of wrestlers came to the show. Then a couple of nights later, even more wrestlers came in because they had told each other that there was this kick-ass band and because there was a kick-ass band, there was all this hot ass running around, you know? Suddenly, before I knew it, there were a bunch of wrestlers at our gigs. These were regional wrestlers who would wrestle in Tampa, Miami, Orlando, and Tallahassee, so they’d come back to Tampa every night, where we would be playing till 3 AM.”

One of those wrestlers was Jack Brisco.

“It was about midnight. I walked in, and standing there was Terry Bollea playing guitar in a band. He was just so impressive. He was only 21 years old at the time. I couldn’t believe my eyes.”

“Back in my single days, I was hanging around in nightclubs and running around with wild women,” Jack Brisco opened up in a 1996 interview with WrestlingPerspective.com (H/T: ‘Wrestling’s Glory Days’ Facebook page).

“I went to this nightclub called The OP (The Other Place). It was about midnight. I walked in, and standing there was Terry Bollea (later Hulk Hogan) playing guitar in a band. He was just so impressive. He was only 21 years old at the time. I couldn’t believe my eyes.

“So they went on break. I came over to him at the table for a beer. I asked him, ‘Did you ever think about being a wrestler?’

“‘Well, be at the Sportatorium at nine o’clock in the morning, and we’ll get you going.’

“I got there at a quarter to nine, and he was out front waiting.

“I introduced him to Eddie Graham and Hiro Matsuda.

“Hiro, Eddie, and those guys fell in love with him just like I did. Hiro started working him out. Hiro had a gym, a place to train. He started preparing him there. Johnny Valentine was the booker in Florida at the time.

“I’ll never forget his first night. It was in Vero Beach. He was in the opening match with Don Cerano. Don was a hell of a hand in the ring. Jerry and I went out to watch Hogan in his first match.

“Hogan came out of the dressing room, and the people saw him… they all just rose to their feet. His first match, before he ever got to the ring, he had the whole place give him a standing ovation. Chills were running up and down my spine, thinking about all the money we could make with him.

“Like I said, Johnny was booking here at the time and never gave Hogan a break. He [only] gave him an occasional booking. I got him booked – I was good friends with Jerry Lawler with the group in Tennessee. I told him he needed to go there to get some experience. I bought him his first pair of boots, his first tights, and I gave him $100 to get him to Tennessee.

“I just knew the boy had so much future. I remember when I was breaking in, starting out, I didn’t have a dime to my name. [So] I helped the boy out. I told him, ‘The place you need to go is New York.’

“‘Go and get yourself some experience, and when you’re ready for New York, let me know…’

“After a while of him being in Tennessee, I jumped sides in Japan. I went from Baba’s side to Inoki’s side. Vince was helping Inoki book Americans at that time. I was there for the first time working for Inoki.

“He was on a world’s trip with his wife on vacation. They spent a few days in Tokyo. From there, they were going to Australia and New Zealand. So I told Vince about Terry. He told me, ‘By all means, if you feel like he’s ready, call me, and I’ll take him up there.’

“I told him all about Terry and the situation here and how the people just loved him.

“One day, Terry shows up at my brother’s house, him and Beefcake.

“My brother called me, and I went over to talk to him and called Vince.

“When he got up to New York, Vince freaked out over him.

“Vince and I bought him all the robes, fancy boots, and stuff, and he’s a multi-millionaire today.

“I still didn’t get my money back…” (laughs) 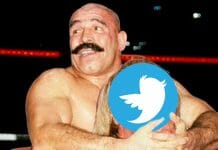 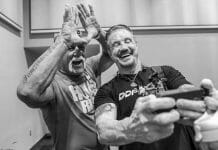 DDP and Hulk Hogan – An Unlikely Story of Respect 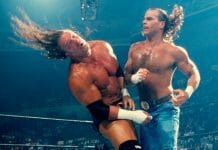 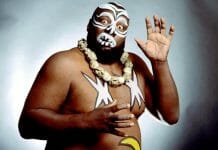 Kamala on His Low Pay and Poor Treatment in WWE 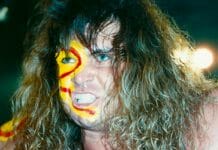 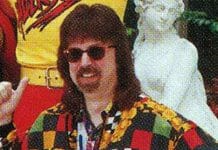