Sandwiched between the glory years of the Four Horsemen and the invasion of the nWo, another group of incredible expertise led by Paul E. Dangerously was formed. This group consisting of a young Steve Austin, Arn Anderson, Larry Lybyzko, Rick Rude, Bobby Eaton, and Madusa were dubbed the Dangerous Alliance, and this is their story.

Who Were The Dangerous Alliance?

Factions, stables, or groups have played a massive role in professional wrestling for many years. From gatherings of “related” wrestlers decades ago, Jimmy Harts’ “First Family” in Memphis in the 1970s, through to the “Heenan Family” and Four Horsemen running roughshod in the ’80s, stables were an essential part of the first big-money boom period of wrestling.

Later, D-Generation X and the nWo dominated mid to late 1990s Monday night TV (and merchandise stands). At the turn of the century, we saw Evolution imitate the Four Horsemen blueprint to becoming a force in the WWE. These stables and many others have led to much entertainment for fans over the years.

During the time between the Four Horsemen and the nWo invasion, a  collection of high-class talent was created on-screen by Paul E. Dangerously: The Dangerous Alliance.

Originally seen in the AWA in 1987, The Dangerous Alliance saw Paul E. lead a collection of performers to championship gold. However, this did not last long as Dangerously and other members left the flailing AWA to pursue more money elsewhere, and original Alliance member Adrian Adonis sadly passed away.

Still using the Paul E. Dangerously gimmick, Heyman found himself working as a commentator for WCW via a few short stints as a manager elsewhere. Always an excellent talker, Paul E. would run his mouth trying to get a reaction, playing off his more conventional and straight-laced broadcast partner, Jim Ross. Eventually, Dangerously was “fired” from his commentator role in 1991.

At Halloween Havoc that same year, the masked WCW Phantom debuted and squashed Tom Zenk. Shortly afterward, The Phantom revealed himself to be a returning Ravishing Rick Rude, where he explained that Dangerously was going to dismantle WCW brick by brick.

Paul E, now stating he had been fired as a commentator but still had a valid manager’s license, cackled in the background, seemingly giddy with joy over his new acquisition.

Firstly, the group consisted of six members, plus a manager. Like the Horsemen a few years earlier, each of the six was famed for being excellent in the ring and brilliant at doing promos.

However, the Horsemen were renowned for only having a select four in that fabled group (the clue is in the name, folks), whereas the Dangerous Alliance filled your screen with more characters and voices.

In Paul E, the group had a vocal, brash mouthpiece with a clear aim and intent as to why the group existed. Arn Anderson lent some old school Horsemen vibes to the stable, and in Madusa, the Alliance had a female presence that was easily capable of being a star in her own right, as later years would show.

Yet despite the extra personnel, this collection of competitors did not feel thrown together in any way. Some wrestling stables can possess a member that does not seem like a good fit.

Whether this individual has nothing else going on or has been added to create a dramatic exit from the group at a later date, there can often be parts to a wrestling collective that somehow seems off.

Owen Hart in the Nation of Domination springs to mind, as does Rick Rude himself when he would join the early incarnation of D-Generation X a few years later.

However, the Dangerous Alliance just seemed to make sense. Arn Anderson and Larry Zbyszko had been tag team champions together not long earlier. Madusa, at this point, was always by Rick Rude’s side.

Steve Austin’s “Stunning” Steve persona played off his teammates perfectly, perhaps helped more than others by Heyman’s ability to just fit with any wrestler he represented.

Bobby Eaton had prior links with his compadres also, battling Arn Anderson and Steve Austin over the WCW TV Title before assisting in Rude’s U.S. title win over Sting (and joining the Alliance in the process.) Eaton’s solidation in the group ran deeper later when he and Anderson won the tag team titles together.

That all being said, it was perhaps the common enemies The Dangerous Alliance all shared that really added weight to their formation. WCW at the time had a group of popular competitors in Barry Windham, Sting, Ricky Steamboat, and Dustin Rhodes.

Not a stable as such, just fan favorites loosely linked by all being popular in WCW at the same time. With the Dangerous Alliance trying to take WCW apart, and these four competitors also making up a large portion of the roster, there was a time that WCW programming seemed dominated by clashes featuring this collection of talent.

The SuperBrawl II card in February ’92 is a good example of this, with several title matches involving Alliance members.

The Dangerous Alliance went on to dominate WCW for several months. At one stage, Rude was U.S. Champion, Austin TV Champion, and Eaton/Anderson were the tag champs. The only title escaping them was Sting’s World Heavyweight Championship.

As 1992 rolled on, these regular matches came to a crescendo. At the WrestleWar pay-per-view in Florida in May, the entire Dangerous Alliance would clash head-on with the previously listed good guys, who added Nikita Koloff to the mix to even the sides.

In a wonderfully cheesy early ’90s moment, the group opposing the Alliance would be named “Sting’s Squadron” and would tackle Paul E’s stable in a War Games match.

Now, if you are a younger or newer fan of the crazy world of professional wrestling, you will know the War Games stipulation from the excellent showings put on by NXT in recent years.

However, this novel match concept is not a WWE creation. The two rings, steel cage stunt show you see in modern-day wrestling was originally a brutal, blood-soaked contest dating back to the days of the NWA in 1987.

If you watch any wrestling this week, or this article inspires you to seek out anything involving the Dangerous Alliance (and I hope it will, that is my aim), I implore you to give this contest a try by watching via the embedded video above.

\With talent such as Arn Anderson, Barry Windham, Rick Rude, Steve Austin, Ricky Steamboat, and all the others involved, this match could not be anything other than incredible.

Paul E Dangerously is at his genius best, discussing tactics with his team and trying to use his ridiculous yuppy cell phone as a weapon.

Madusa gets involved and climbs to the top of the cage, Steve Austin bumps around like a sugar-filled child at its first parkour session, and Barry Windham returns briefly to his incomparable 1980s best.

This is complete wrestling gold. However, when the match ends and the babyface team is victorious (please don’t proclaim spoiler, this was 27 years ago), all was not well in The Dangerous Alliance.

The End of The Dangerous Alliance

An error by Larry Zbyszko cost his team the match. As Sting’s Squadron left the ring celebrating, The Dangerous Alliance argued amongst themselves. Zbyszko begged forgiveness from his stablemates, but “The Cruncher” was expelled from the group. The dismantling of The Dangerous Alliance began roughly one short year after they had been put together.

Rick Rude and Madusa carried on a program with Ricky Steamboat, which included the incredible Iron Man match at Beach Blast ’92, but they felt somewhat separate from the rest of the group.

Bobby Eaton, Arn Anderson, and Steve Austin continued their allegiance, losing a six-man tag match at the same show. Yet the Alliance felt splintered somehow, not as powerful as in early 1992 or during the time they held all of WCW’s championships, excluding the World Title. A short period later, the Dangerous Alliance was to be no more.

As the group stuttered on television, the assembler of the Alliance had his own issues off-screen. Paul E. was already in hot water after his segment firing Madusa from the Alliance, having used many derogatory terms about women. After some heated discussions with WCW head Bill Watts over his contract, Paul Heyman was accused of falsifying expense claims and was soon gone from the company.

I guess it is difficult to measure how important the Dangerous Alliance was to wrestling as a whole. Hugely influenced by The Four Horsemen but around for a far shorter period, The Alliance never reached the heights of Ric Flair’s group before them nor the red hot nWo a few years afterward.

Yet we saw Rick Rude go on to be a member of DX, Heyman’s firing leading to the ECW revolution and eventually even an attempt to reform the Four Horsemen in WCW. Steve Austin is on record as citing his time with Rick Rude here taught him a huge amount, and the influential New World Order group often gets mentioned for destroying WCW in a vaguely similar way Paul E. did in 1991.

All projecture and maybes aside, The Dangerous Alliance was involved in several great matches, interviews, and moments in their short existence. It was brilliant television in an often overlooked era of wrestling and well worth going back to view. Especially WarGames 1992. 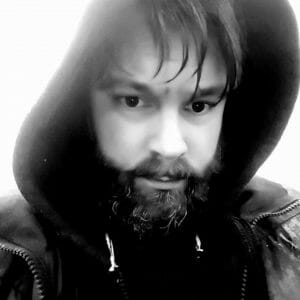 Si Powell is a married father of four, obsessed with rock/heavy metal music, and all things wrestling for over 30 years. You can hear him weekly on the Chain Wrestling and SJP Wrestling Podcast. He can be reached on Twitter @SJPWORDS. 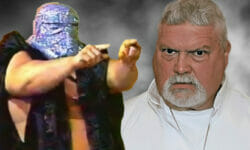 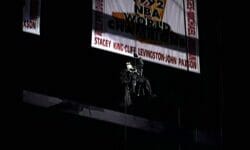 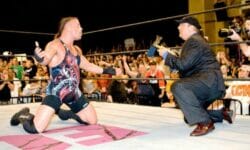 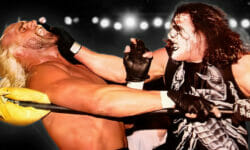 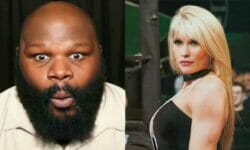 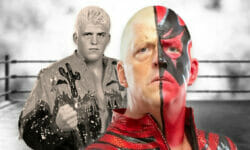 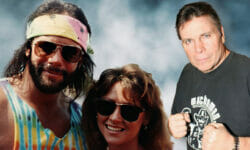 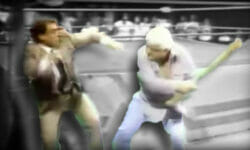