The WWE Riot on December 15th, 1997, is one of the rowdiest crowd incidents in post-territory day wrestling history.

Any Attitude Era aficionado will remember Steve Austin and The Rock feuding over the Intercontinental title. On the December 15th, 1997, Monday Night Raw episode, Austin ended up tossing the belt in a river. If you were a fan living in Little Rock, Arkansas, and went to the live WWF show on December 15th, you weren’t at that Raw show. You were at a full-on WWE Riot.

Fans packed into the Barton Coliseum, thinking they were attending a Raw show. It was just a house show, as Raw was taped from the week before. Not too many of the fans knew this and were rightfully upset right from the get-go. Fans started hurling garbage, beer cups, and even spit on the wrestlers.

The crowd was warned multiple times that the main event would be canceled if they didn’t calm down. That just made the hostile fans in attendance more rowdy and upset.

The most surprising incident happened when Danny Hodge was given an award. Instead of cheering on the amateur and professional wrestling legend, fans just booed (though this was mostly because the ‘Heart Break Kid’ Shawn Michaels was in the ring helping with the ceremony).

The Undertaker wrestled The Rock in a casket match that didn’t even last ten minutes. D-Generation X made their way down for the main event, and HBK was hit with paper, so he went on the live mic and told the crowd they just lost the main event and that the show was over.

The fans were confused and very upset. Sure enough, the ring announcer came out and announced that the show was indeed over.

The scene took a turn for the worse.

Fights broke out with security. Fans fought other fans. One account says he watched fans rip a security guard’s shirt off and light it on fire! Fans threw empty Jack Daniels bottles and chairs.

There were around 6,000 disappointed fans on hand and only around 20 security guards. This did not make for a good situation. The security had to call in extra police to help, resulting in the use of tear gas to break the rowdy crowd up, with around a dozen fans getting arrested.

The then-WWF should have had the foresight to have more security on hand, just in case, since the same thing happened the night before in Memphis, Tennessee. While it didn’t escalate as badly as it did on the 15th, the main event was canceled there, too, and nearly every match was under ten minutes long.

There have been many run-ins and instances of fans hurling garbage and other various objects into the ring over the years, but this WWE riot was as bad, if not worse, than the reaction induced by Hogan’s heel turn in Daytona in 1996.

Over the years, I have read many accounts of what happened that fateful night in Little Rock, and the picture provided always proves the chaos that took place.

Fans in Attendance Recount Their Experiences of the WWE Riot:

"I was at this show 20 years ago, so I was ten years old at the time. I remember it vividly.

My mom surprised us with tickets, and it was my very first live event. I was obsessed with wrestling, so you could imagine my excitement.

"We weren’t expecting it to be Monday Night Raw, so we settled in and watched the show. My family and I kept noticing the crowd throwing trash and in the middle of the show, and they were even warned to stop doing so.

"DX came out for the main event, and the trash escalated. HBK got on the mic and said, ‘FOR ALL OF YOU THROWING ALL THE SHIT INSIDE THE RING…pause…YOU JUST LOST YOUR MAIN EVENT!!’ And they quickly exited the ring.

"That’s where everything went nuts. Chairs were being thrown, bottles, and garbage. Smoke began rising from the floor down below (we were in the higher seating).

"Years later, I would learn it was fires being started. After it all calmed down, we went down to ringside and asked one security guard if we could get pics in front of the ring. He granted it.

"It was the most memorable event I’ve ever gone to, with it being my first and a riot breaking out.

"Thanks for writing up this story! It’s really cool to go and look back on it! I figured it was forgotten about, but over the years, HHH and a few podcasts have even spoken about it!" – Reader, Ryan Henslee

"We realized we’d stayed too long when a roll of flaming toilet paper came from the second level!" – Reddit user, mgtl

"Normal night in Little Rock for Mid-South Wrestling, another case of Shawn Michaels being a pussy/causing s***." – Jim Cornette

"My brother went to this show and remembered it being nuts. He went with one of his friends and his dad. The dad made them leave before it escalated too much." – Reddit user, Lnorsworthy

"Today, I went to a WWF house show in my hometown of Little Rock, AR. The line-up was not anything near what was advertised, and the matches lasted about 3 minutes each.

"At the end of the night, Hunter Helmsley was supposed to fight Dude Love. However, HBK was hit by a piece of paper and told the crowd we had lost the main event.

"Everyone waited a couple of minutes to see if DX would return, but the announcer said the card was over. At this time, the chaos began, chairs were hurled toward the ring, and police were pelted with whiskey bottles.

"The cops had to use tear gas to stop the riot. I had never heard so much complaining from fans in my life. I’m not excusing the actions of the crowd, but HBK was not hit with a bottle or even a cup of coke. It was just a piece of paper. I heard the same thing happened last night in Memphis." – Shane Dixon, written on the night of the house show

"I was there that night of the show with four of my friends. I remember showing up, and people had signs made up like it would be a Raw show, so people were angry from the beginning.

"It was a very weak show, and as the night went on, people got angrier and were throwing things in the ring.

"When HBK said shows over, people just went nuts. We were up in the bleachers and could see everything happening.

"Many folding chairs were thrown, fights were breaking out, and then people started lighting things on fire. We just stood back and enjoyed the show.

"When we finally left, we couldn’t get out of the parking lot because one guy cut off another guy, and they got out of their cars and started fighting. We just had to get out and watch until it was over. A night I’ll never forget, glad to see someone wrote about it." – Reader, Landon Wallace

"I was there that night. Before the main event, Shawn Micheals made a presentation to Danny Hodge, but the fans kept booing and throwing things.

"I think they should have had a babyface to make the presentation. So, once DX came out for the main event, they started throwing things again.

"Shawn got on the mic and asked them to stop. They didn’t, so he told them, "You just lost your [bleeping] main event!" After that, I left! I really don’t blame Shawn. I blame security!" – Reader, Nick Neddles

Were you at this WWE Riot house show in Little Rock, Arkansas, on December 15th, 1997, and want to share your account of what took place that night? Get in touch with us, and we’ll add it to this story! 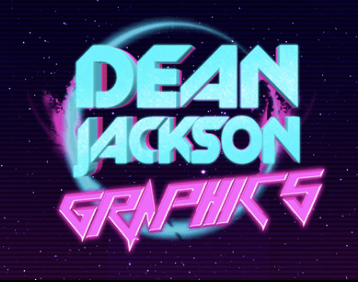 Dean Jackson is a contributor for Pro Wrestling Stories. He is a graphic designer and can be reached by e-mail at deanjacksongraphics@yahoo.com. 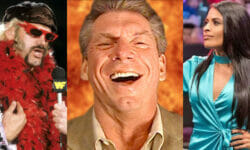