Scott Hall and Curt Hennig were put together as a tag team when Hall was green to the business and “couldn’t work a lick.” Hennig not only made Hall look great in the ring but is also credited as being the one wrestler who went out of his way to give Scott a chance when everybody else was looking out for themselves.

We remember a perfect, one-of-a-kind wrestler through the words of his good friend, Scott Hall.

Scott Hall: “Curt Hennig impacted this business like nobody else has.”

Curt Hennig left an indelible impact on fans and his peers alike. He had unmatched talent and kept a positive attitude on and off-camera. It was these qualities that lifted the careers of so many who had the opportunity to share a ring with him over his 23-plus-year career.

In a heartfelt moment in an interview Highspots and on his YouTube channel, Scott Hall paid a fond tribute to his friend and mentor, Curt Hennig:

“When I came to Minneapolis, I was green as hell. I’d only been in the business for about eight months. I was bouncing strip clubs about eight months before that. Verne [Gagne] goes, ‘He’s got the look, but he can’t work a lick… just put him with Curt.’

“They put me with the best worker in the business.

“This is in the days before you got guaranteed money – you know, you got paid what you got paid. The thing that I always remember about Curt, God rest his soul, is that we were both babyfaces, so basically we were competing for the same job… but he went out of his way to help me.

“He came and picked me up from my apartment and drove me to every town – ‘cos I didn’t know how to drive in that weather, y’know? And he talked to me about the business, about psychology, about how to act in the locker room, everything – his view of the business, which became my view…

“What I learned from Curt was, you’ve got to have fun in this business. Because it’s your life, y’know? I mean, we’re on the road, we’re in hotels – this is our life. And [Ric] Flair taught me that too.

“You can either go [dejected voice] ‘Oh, we’re going to Boise…’

“Or you can go: ‘WE’RE GOING TO BOISE! WOOO!! We’re going to Sioux Falls? YEAH! They LOVE ME in Sioux Falls!’

“He was always upbeat and happy. That helped me a lot.

“Curt influenced a lot of guys – Shawn Michaels, me, [1-2-3] Kid – about the way to do business. Like, if you’re to going to put a guy over, man, you put him OVER – if a guy is good enough to beat you, man, you make him look like ten million dollars. Curt was the first guy to take bumps and get a [crowd] reaction from them. Instead of just taking a bump, Curt would do whirly twirls and stuff.”

“They had no idea I’d be lost without him.”

“Curt was way ahead of his time.

“And then having him as a partner… Curt did ALL the work! Curt did everything then he’d tag me, I’d make the comeback, I’d pin the guy. It got to the point where it was so ridiculous that uneducated fans would go, ‘Hey Hall…get rid of Hennig, man! Get a new partner – he’s holding you down..!’ (laughs)

“They had no idea I’d be lost without him.

“He’d always feature me in matches – he always started the match, then he’d go to tag me, and he’d go [to the crowd] ‘YOU WANT ME TO TAG THE BIG MAN?’
You always feature the big man. That’s what Curt taught me.

“Riding up and down the road listening to Hank Jr. and Merle [Haggard]. He was teaching me how to work, and I was teaching him about nutrition and training. I’m eating tuna out of a can. Curt is ordering pizza; Domino’s with extra cheese.

“God, I miss you, Curt. You impacted this business like nobody else has. You made me better. You made Shawn Michaels better – everybody who crossed paths with you got better.

“Thank you for everything you taught me, Curt.”

If you enjoyed this article, be sure to check out these recommended stories:

Transcription above contributed by Matt Pender and shared here with thanks to our friends over at ‘Wrestling’s Glory Days’ Facebook page. 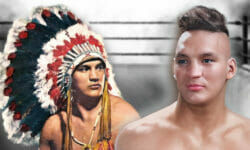