In 2018, the supposed troubles between Booker T and Corey Graves had the whole industry talking. Everyone from high-profile publications such as Forbes and Sports Illustrated to well-known names within the business, including Taz, who spoke of the incident on his Taz Show podcast, were caught hook, line, and sinker.

"People ask me about Corey Graves. Corey Graves is good at what he does, you know? Corey Graves, he’s thrown jabs at me, I’ve thrown jabs back, you know? And you know, the thing is, Corey Graves, of course, yeah, he’s a college-educated young man. His vernacular is a little different than mine. You see that word I just used? Threw that out there – just want you people to know, I ain’t studied this, it’s just something that we just threw out.

But I tell you, if I got Corey Graves into fisticuffs, I would beat him down like he stole something. I would be whooping his ass all day long. Because that’s the thing – my thing is this. I’m a nice guy until you get on my bad side.

We’re gonna send you back to the Kickoff show of SmackDown and Monday Night Raw pay-per-views and cool you down for a second. ‘Cause we don’t want you to do anything to Corey Graves because we know what you could do to him.

You know what? I’ll tell you this here. I want all you people out there to know, you heard it right here on Heated Conversations, Sports Radio 610, it’s probably gonna make all the dirt sheets like Meltzer and all those guys. But if I catch Corey Graves on the street, I’m gonna do something to him. Alright?

He’s one of those guys gonna have to walk it like he talk it… Me personally, everybody knows my reputation… I get mean when you mess with my green. And right now, my green is being messed with, you know what I mean?

Not long after this, Corey was on Edge & Christian’s Pod of Awesomeness, sharing, “When you’re working with Booker, you’ve got to keep yourself sane,” which had people talking further.

There were tense moments on air between the Booker T and Corey Graves, too.

In zen-like fashion, Corey Graves responded to Booker T’s heated diatribe on February 5th, 2018, with a quote from the ancient Chinese military strategy and philosophy classic The Art of War:

“‘Thus the expert in battle moves the enemy, and is not moved by him.’

Was it All a Work?

The majority of people, by this point, had believed in the hate on display between the two. That was until the February 10th edition of Heated Conversations where Booker T and Corey Graves lifted the veil on this supposed feud to the wrestling world:

“A lot of people don’t know how hard I was smiling when [WWE] told me I was going to be moving back to my old position,” said Booker in reference to moving away from the commentary role.

“I’m one of those people because I saw you walk in the locker room, grinning ear to ear, and I said what are you so happy about,” Graves said.

Corey Graves continued to give out more details exposing it as a work:

“That’s why when all of this blew up, and I heard it, I was getting phone calls and text messages. ‘You gotta hear this. Booker said this!’ As soon as I heard it, knowing you as I know you, I was like, ‘Oh, that’s just Book working.’ So I figured, you know, just being in the old-school mentality, I’m like, ‘Let’s have fun with this.’ Did it take off!”

Booker later asked Corey how it feels to be covered by so many big media outlets, along with the fact that none of these outlets bothered to call either of the two to confirm if the animosity was real:

“First of all, like personally, I was entertained by how we were able to work the entire wrestling industry,” said Graves.

“Somehow, nobody bothered to call or anything, and it just took off like crazy. My Twitter was on non-stop refresh for like two days. Some of the fans were so mad. I was getting some terrible, terrible Twitter and Instagram messages and all that. And I’m laughing about it, [and I’m like], ‘But what do we do with this?'”

“I told [Michael] Cole the other day after we talked on Monday, and he goes, ‘So this thing with you and Book, it’s cool?’ I go, ‘You know Book. We’re just goofing around.’ He goes, ‘Okay, well, what’s the end game? What are [you two] trying to accomplish?’

“I said, ‘We’re not trying to accomplish anything! We’re just having fun! We’re just messing with each other like we do every day, constantly, and somehow, the world picked up on it.”

Graves gave out further fascinating information about the successful work, stating that Big E was the first one to send him a link and inform him about Booker T’s original comments of animosity towards him. Corey immediately knew Booker wasn’t serious and just went with it.

Both Booker and Graves laughed about references made about it the following week on Monday Night RAW, and the New Day references on Smackdown Live.

Booker T, along with his co-host, admitted they had gone over all their planned topics for the podcast with time left to kill, so they decided to talk about this Corey Graves situation and get people talking, which they definitely accomplished.

They fooled media outlets, talent, fans, and even their commentary partner, Michael Cole. According to Graves, Cole was even willing to step in the ring with Booker T as a payoff for the situation seeing as though Graves is retired from in-ring competition.

If Cole’s match against Jerry Lawler at WrestleMania XXVII was anything to go by, perhaps we’re lucky this never had to go down! 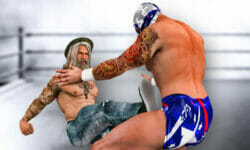 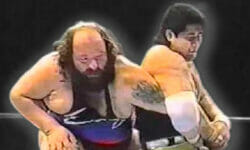