Christian, as it turns out, was quite the practical joker! Whether he was driving Kane mad with his constant ribbing or deflating the spirit of Zack Ryder after being invited over to his new home for the first time, there are plenty of stories out that that prove Christian was the ultimate troll to his friends on the road. However, the mischievous act he pulled on Chris Jericho was not only crafty, but it showed real dedication to the art of ribbing!

Christian on the Time He Ribbed Chris Jericho

In the highly recommended book Rumble Road: Untold Stories From Outside the Ring, Christian details how the true depths of his knavery was unfathomable!

"Back when I was in the independents, I had this manager in Detroit who was deaf. And basically, if someone who is deaf wants to call you on the phone, they call this other person first, and they type in what they want to say. This other person then reads what is typed word for word, almost like a translator. They have to say the words exactly like it is written to them, no matter what it says.

"So back in the day, this manager used to rib me all the time, and he’d call me throughout the week with his deaf telephone interpreter, and he would say these really rude things. He’d use language not befitting a woman, and this poor woman operator would have to say it to me word for word. I’d have to respond, and I would just be so embarrassed listening to this woman that I’d just give one-word answers. Yes. No. Maybe. That’s all I’d ever say because all I wanted to do was get off the phone as soon as possible. It was so embarrassing, and this manager just got a big kick out of it because he knew how uncomfortable it made me.

"Don’t ever fall asleep first. If I had one piece of advice for future wrestlers traveling in groups, that would be it.

"Anyway, out of the blue years later, I get a call, and it’s the same sort of thing happening. I figured out right away that someone was trying to pull a rib on me, so I hung up, and I immediately looked up the area code where this number came from. The number was a Minnesota area code, so I scrolled through my phone and looked to see who I knew from Minnesota. There was only one wrestler: Daivari. So I called him up and said, ‘Why are you trying to rib me, kid? You’re just a rookie here.’ All of a sudden, he got so quiet, so I told him, ‘Hey, you didn’t answer my question.’

"He started apologizing, but I told him it was all right. All I wanted to know is if he told anyone what he was up to. When he told me no, I asked him to help me rib Chris Jericho.

"So for months and months, Chris was with his group Fozzy, and we pretended we were a deaf fan of him and his music from England named Gertrude, and we’d contact him using this same deaf translating service. We said that we got his number, and even though we attended all his concerts and we couldn’t hear him actually sing, we just knew that he had a beautiful voice and we could tell that he was singing to me. We even went so far as to have Gertrude say that she told her mom about him, and her mom told her it might be a long shot but that she should go after him and try to make the relationship work.

"What’s funny is, Chris would come up to me and tell me what she’d said during the call, and he’d ask me if I knew anything about this. He’d tell me how he had this crazy fan who loves his music and loves his words, but she’s deaf. He was really starting to get freaked out. And then any time we’d head to England, we’d really crank up the calls. We’d hide around the corner and watch him answer his phone. He’d talk for a second, hang up his phone, and then we’d see him sitting there just shaking his head. So we’d call back, and we’d see him look at the caller ID, and he wouldn’t want to answer it. He’d just put the phone away and pretend it wasn’t ringing.

"We actually had this going on for months until we finally let the cat out of the bag and told him it was us. He got a pretty good laugh out of it. The funniest moment was probably when we called him and told him that Gertrude was going to his concert and that after the show, she was going to head to the hotel so they could finally meet and talk about things, talk about their future together. You’d see him walking through the lobby of our hotel, and he’d be looking side to side as he hurried to the elevator. The look on his face was too funny. I think he was really scared this deaf stalker was going to jump out at him from the elevator or something."

Chris Jericho Shares His Side of the Story: 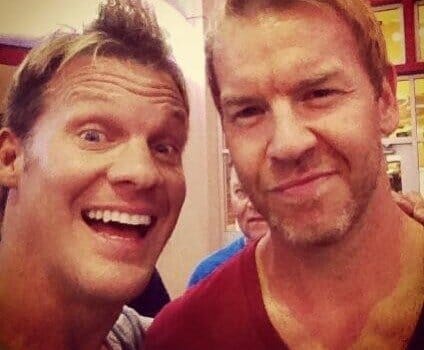 Following Christian’s version of events in Rumble Road: Untold Stories From Outside the Ring, Chris Jericho had his say:

"When Christian was off one time for an injury, for some reason, I got this e-mail about celebrity phone calls. It was this service where you could get various celebrities to call you on your birthday or for a special occasion or whatever it was. And one of the names on the list was this guy named Lash LeRoux. He was listed as a "WCW Wrestling Superstar." He was in WCW for like five minutes, and he had this really bad Cajun gimmick that always made Christian and me laugh. He’d talk like he was ‘Cay-jon,’ the ‘Cay-jon’ man.

"So I signed up for the celebrity birthday call, and you could choose the celebrity you wanted, and these celebrities were like Frank Stallone, Todd Bridges, Urkel, and Lash LeRoux. So I signed up for Lash LeRoux, and in the e-mail, you could type in the message you wanted to send. So I wrote: ‘To little Jason Reso [Christian’s real name], I hear you’re not feeling good. Keep your head up, buddy. We’re all pulling for you, little trouper.’

"Jay was at home, and he got the call: ‘Hey, this is Lash LeRoux!’ Jay was like, ‘Yeah!?’ And Lash went through the message, like, ‘Hey little buddy, hope your knee feels better soon,’ then he hangs up after like fifteen seconds. That was Christian’s celebrity call, and that was the reason he wanted to get his revenge with the deaf fan/stalker. It’s because I got him first with the Lash LeRoux celebrity birthday call. That’s what started it all off.

"But the thing about the deaf calls, he had the woman sounding like a complete psycho. He was having her say Fatal Attraction-type stuff, about how we were meant to be together, and I just keep getting these calls every couple of weeks that would just get progressively crazier and crazier and crazier. And the one I remember the most is the time I was on a bus in England. Christian was on a different bus, but they had pulled up next to each other, so he was watching my reaction when his deaf stalker was saying things like, ‘Just because I’m three hundred and fifty pounds doesn’t mean I’m not beautiful.’

"What’s funny is, I didn’t even know you could do this. The operator literally has to say whatever the message is, so the operator is saying everything so stoically, but what he’s saying is things like, ‘I’m going to come to your room and bury this knife in your chest if you don’t want to have sex with me.’ It was crazy.

"And this one time when we were sitting on the bus, he could see me through the window being like, ‘What the hell is going on?’ It was insane." 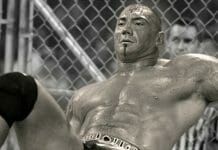 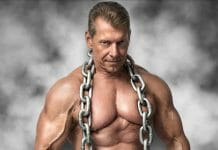