WWE’s travel woes in Saudi Arabia last week has been a major talking point amongst fans and superstars. On the latest episode of his podcast After the Bell, Corey Graves discusses the recent travel issues in Saudi Arabia and the "conspiracy theories” that have been abounding.

“That’s not true and I’m gonna tell you why.” – Corey Graves

"Conspiracy theories had nothing to do with who was most important or who had the most cache. There are a lot more important people than myself and Michael Cole and sweaty the camera guy who made it onto that smaller charter. The fact is it was decided who was essential to make Friday Night SmackDown as close to whole as possible and the efforts were made. Obviously, it didn’t work out, but that was the effort.

"Understandably this led to some talent, led to some of the crew going ‘Oh my god we’re stuck here — this sucks’ — and it did. Nobody wants to be stuck in an airport that doesn’t even have a bar or a restaurant or anything like that for hours on end. Nobody wants to be sitting on a plane on the tarmac for hours on end. It sucks, there are no two ways about it, but all these conspiracy theories that have been drawn up — and half of it comes from the boys that were on the plane. If you are so insecure and you feel so strongly that you’re gonna get on Twitter and complain because our flight got screwed up for whatever the reason would be — what’s Twitter gonna do?

Graves also commented on the story about Vince McMahon leaving before the rest of the talent.

"What really got to me was when the rumors started coming out. The first one being Mr. McMahon — that Vince left everybody in Saudi Arabia. That’s not true and I’m gonna tell you why. If you work here you know that every week no matter where on the planet we are as soon as the final bell rings, as soon as it is made sure that all of the talent is okay — whoever’s in the last match — Vince gets on his jet and the guy goes home or to the next city because he’s busy running WWE.

"So it might be a sexy headline — Oh Vince left everybody — everybody was stuck except for Vince and Brock and whoever else had private chartered flights. When you’re Brock Lesnar you get certain perks. When you’re Tyson Fury and you’re the biggest star on earth you get your own jet. When you’re Hulk Hogan and Ric Flair — you’ve earned that, okay? So it wasn’t like he said to hell with the talent, to hell with the crew. Vince did exactly as he has done every week without fail.

"I’ve been lucky enough to be on the jet with him sometimes. That’s how business is done. It wasn’t a ‘gotta get the hell out of the country, there’s something crazy going on. It was exactly how it works. So I hate to break it to you guys. I hate to put a damper on your party, but that’s how things operate every week and this was no different."

Listen to episode 2 of After the Bell where Corey Graves discusses the travel issues in Saudi Arabia and more: 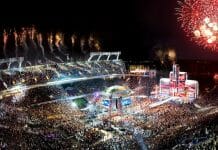 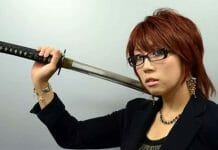 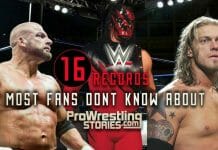 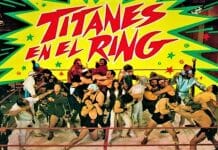 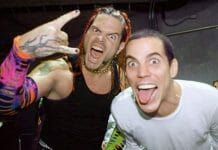 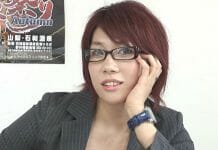 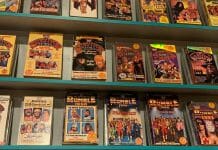 20 Nostalgic Wrestling Photos That Will Take You Back! 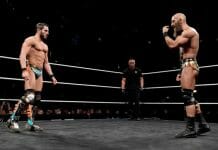 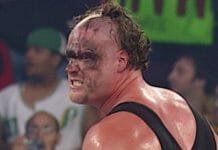