Before its explosion in popularity, ECW had a wrestler named Rockin’ Rebel. It is very likely he would have gone down in obscurity had it not been for the horrific real-life acts he would commit in 2018.

Rockin’ Rebel, whose real name was Charles Williams, was trained by Ricky Morton and Robert Gibson of The Rock ‘n’ Roll Express.

Standing at 6-feet tall and 245 pounds, Williams would make his wrestling debut in late 1988.

Williams would also have a solitary NWA Power Hour match where he was one of two enhancement talents to lose to “Mean” Mark Callous. Callous would later go on to become The Undertaker.

From 1990-’91, Williams wrestled for the Tri-State Wrestling Alliance, where he worked under the name Rockin’ Rebel.

He would become the first Tri-State Champion and was in a high-caliber tag act with Jimmy Jannetty called The Confederacy.

Once this territory closed, he would join Eastern Championship Wrestling in 1993.

Significant matches of his time in ECW include defeating Tony Stetson on the first episode of ECW TV, two ECW World Heavyweight Championship challenges against The Sandman, challenging for the ECW Television Championship against J.T. Smith at Ultimate Jeopardy, a loss to Tommy Dreamer at 1994’s When Worlds Collide, and an ECW Hostile City Showdown loss to Mikey Whipwreck for the TV belt.

According to legend, Rockin’ Rebel was the one who suggested that ECW owner Tod Gordon hire Paul E. Dangerously (Paul Heyman) as a booker after "Hot Stuff" Eddie Gilbert was fired from the promotion.

Another notable tale from his time in ECW came at a live event.

The show opened with a No. 1 Contenders Battle Royal match for the ECW title. Before the match, Paul E. told Rockin’ Rebel that he would be winning. It, of course, turned out to be a practical joke as everybody in the ring promptly attacked Williams and quickly tossed him out of the ring!

Rockin’ Rebel would be gone from ECW by late 1994, and he would soon find himself working several enhancement talent matches on WWF and WCW B-shows.

For many years, Rebel would work the independent scene across the States, Puerto Rico, Japan, and South Korea. He would form the Darkside tag team with old ECW alumni Matt Borne (the first Doink the Clown in the WWF) and later wrestle for Combat Zone Wrestling and Big Japan Pro-Wrestling.

He would wrestle his final match on May 10th, 2014, against current AEW wrestler and trainer QT Marshall.

In the early hours of June 1st, 2018, the unthinkable occurred. Chuck Williams died of a self-inflicted gunshot wound. The West Goshen Town Police Department would later disclose that he had also fatally shot his wife, Stephanie, 50, before turning the gun on himself.

Tragically, their bodies were found by their 10-year-old children.

Only days earlier, on May 29th, 2018, at 4:29 a.m., Rebel posted a then-heart-warming post that read: “Days of spending time with the ones who love you and you love them are far and few, make them count…”

Alongside the Facebook post was a happy family picture of his wife and both children, as seen below.

Reaction to the News

News of what happened to the Williams family traveled quickly, and many fellow wrestlers were shocked by this tragic incident.

"The Franchise" Shane Douglas knew Rebel for over two decades, stemming from their days together in early ECW.

On the 50th episode of his Triple Threat podcast alongside The Two Man Power Trip, Douglas admitted, "[Rockin’ Rebel] wasn’t the kind of guy who would let his hair down with you. If you were talking about subject A, he would say a few things about subject A and was on his way. He was like an overly intense guy. He’d scream about a parking spot type of thing!"

"Can you imagine if you hear a couple of shots and you find your mother and your father just lying there dead? I can’t think of anything more horrible for a child. No kid should have to witness something like that let alone the loss of their mother at the hands of their father."

Elsewhere, “X-Pac” Sean Waltman would read on his podcast 1, 2, 360 a message sent to him by an anonymous ECW original. The message proclaimed, "[Rockin’ Rebel] wasn’t a good guy at all. Stephanie lived in fear for her life all the time."

Waltman would continue, "Chuck did time in jail in the ’90s for holding her hostage in a closet with a fire-arm to her head. His family talked her into not pressing charges. She would try to leave him, but he would always threaten to kill himself. The one time she tried to leave he called her at her moms.’"

This would mirror a report a neighbor would make to the news shortly after their passing. “They were quiet, they kept to themselves,” neighbor Stephanie Seiple told the news according to Fox News. “There were always problems over there. The police were there a lot."

Former ECW star The Blue Meanie on Twitter wrote, "Learned of some horrible news. Tragic news. I’m speechless, honestly. Rest in peace, Stephanie Burtnett. My heart breaks for her children. My thoughts go out to her family. Godspeed."

On his show, Waltman would later add, "It seems like a lot of people failed this poor woman and now there are two ten-year-old kids that don’t have a mom and it’s so f***ing sad."

A GoFundMe page was set up by Stephanie’s family. The fundraiser’s description would describe their lost daughter in detail as "the first-born leader, the glue, the best friend, the heart of gold, the crafty one, the brain, and most importantly the best mother those children could ever have."

On June 28th, 2018, Kyros Law stated that the family of Chuck Williams donated his brain for CTE research.

This is a common occurrence where the mind of the killer is observed. Such research has been carried out on dead serial killers such as Ed Gein, John Wayne Gacy, and Jeffrey Dahmer.

WWE has also scrubbed his name from the WWE Network. Like what they’ve done with Chris Benoit, Rockin’ Rebel’s ECW matches on the WWE Network are presented in a way where his name is not mentioned, only giving the names of his opponents. This means they are listed as “(opponent) competes in singles action.”

Our thoughts and condolences go out to Stephanie’s family, as well as to the Williams twins.

“Together, our family will do our best to give them all the love, security, and peaceful life imaginable,” Stephanie’s family wrote on their GoFundMe page. “In the name of our sister and daughter we will continue to love, care and support [their children], always and forever.”

The following are related articles that  delve further into the “underside of the ring”: 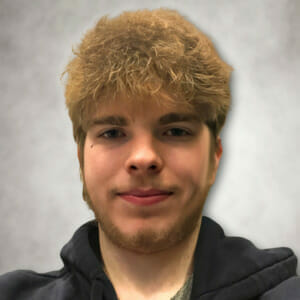 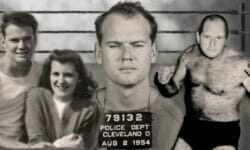