The third season of Tough Enough sported co-winners, John Morrison and Matt Cappotelli. Since it’s inception in 2001, Tough Enough has been a fairly successful breeding ground for the WWE. Notable names that have gone through the Tough Enough system and graced our screens over the years are John Morrison, Ryback, Maven, The Miz, Jackie Gayda, Nidia, Velveteen Dream, Sonya Deville and Mandy Rose, to name a few.

On the third season of Tough Enough, John Morrison won, but he wasn’t the only winner that season. Unfortunately for Matt Cappotelli, while John Morrison went on to have great success in the business, Matt’s promising career was cut short due to a brain tumor in 2007. Ten years after his career was cut short, the tumor sadly came back more aggressively, which Matt is still fighting to this day.

Matt Cappotelli and the infamous story from the third season of Tough Enough.

Bob Holly was one of the trainers for the Tough Enough rookies, along with Bill DeMott and Al Snow. It’s no secret that Bob has carried a ‘mean-guy’ attitude throughout his career, but he may have taken it too far one day on set for Tough Enough III. The rookies were having a tag team match and Bob Holly took part in it. The purpose was to help the young rookies out and teach them a thing or two. The only thing Bob really taught Matt Cappotelli and the rookies that day was that the business is confusing, and can hurt… a lot.

Matt was on the opposite side of the ring as Bob Holly was introduced into the match with a tag. Bob walked up to Matt and delivered a really stiff kick to the ribs, following up with a series of punches to the back of Matt’s neck, as hard as he could. It got nastier, and it started to resemble a real-life street fight more so than a professional wrestling match. Bob took Matt into the corner, laying kicks right into his face, leaving him bloodied and bruised.

On the day the episode aired, displaying the relentless beat down to the world, a black-eyed Cappotelli shared his thoughts throughout the show.

“Bob Holly basically beat me down from head-to-toe from the minute I stepped into the ring and was pretty relentless with everything,” Matt said.

Bob Holly stands by what he did, and said this in front of the cameras, “I’m being rough for a reason, not because I want to be, not because I can – I’m trying to teach them that professional wrestling is not an easy game.”

Related: It’s a Work: Breaking into the Wrestling Business the Hard Way

Matt, to his credit, shook Bob’s hand after the match despite everything that had just happened to him.

Al Snow, who has been a trainer on Tough Enough more than anyone else, was ringside during the chaotic ‘match’ and tells all with X-Pac on X-Pac 1, 2, 360:

“You got Bob coming in, and now Bill DeMott’s the hard-ass in season 3, and there’s this little competition as to who can get the hard-ass gimmick over more. So Bob comes in with his neck hurt from Brock Lesnar and he’s got all this stress… And it was actually between him and Bill, a little back and forth to see who’s the biggest badass and then you know, you get the match and Bob took a liberty… He just, boom, popped Matt.”

X-Pac says he saw the footage and thought it was a bit much. Al Snow responds in agreement.

Al Snow continued, “Matt didn’t do anything, Matt just came in and then Bob just, whatever frame of mind he was in, just hauled off, just blasted him and knocked him, completely knocked him out, and then proceeded to just keep beating him up.”

Bob Holly had come across what Al Snow said and was in complete disagreement, as he expressed on a podcast he did with The Two Man Power Trip.
“Al Snow did an interview on X-Pac 360 not too long ago and he basically threw me under the bus and said I just got in the ring and hauled off and just punched and cold-cocked him and knocked him completely out cold. If you go back and listen to the interview that Al did on X-Pac 360, he said I hauled off and cold-cocked him and knocked him out. I DID NOT touch him with my fist at all, I gave him a boot to the stomach and gave him a few forearms and backed him into the corner and never punched him in the face once. I don’t know where Al got that from but all of a sudden now Al is telling everybody that I cold-cocked him and I say what match was he seeing?”

Holly continued, “You get a different perspective from everybody about how it went down and the only two people that really knew how it went down is Matt, myself and the people there watching. If it was so terribly bad then why didn’t anybody step in to stop it? That is the question I have. If what I was doing was so bad then how come Al didn’t step in? Bill Demott didn’t step in? Why didn’t anybody step in and say stop because nobody did but in the wrestling business accidents are going to happen and he’s going to get a black eye and he is going to get a bloody lip and as long as you don’t knock somebody’s teeth out and I didn’t break any bones it was a black eye and a bloody lip and that was purely an accident and it was nothing intentional.”

Bob carries on with the statement, “Al was really upset with me about it and Bill was kind of on the fence about it and I said, ‘Well why didn’t you guys step in and stop me if you guys thought it was so bad?’ Mind you, when I had cracked vertebra in my neck and when I went and did that episode for MTV I was in a lot of pain. They sent me to L.A. and then I had to go to San Antonio and I stepped in that ring because they told me to and WWE basically sent me there to get in and be part of that show and wrestle and do what I did and I got in the ring with a cracked vertebra. People are going to get upset because I gave Matt a black eye and a bloody lip when I could have just taken one bump wrong or moved in the wrong way and could have been paralyzed just that quick and yet I still went out and did my job and never complained about it or anything. It is just funny to listen to how people get upset because somebody got a black eye and a bloody lip.”

Even with Matt’s career being cut incredibly short, things came full circle for him! In 2013, Matt Cappotelli became a trainer with OVW.

Wishing Matt Cappotelli all the best with his brain tumor

Matt is going through a really tough time dealing with grade IV glioblastoma multiforme… We hope he finds happiness in everything he does going forward.

As wrestling fans, part of the fun is arguing and disagreeing on matters, but there truly is one thing we can all agree on: FUCK cancer!

Editor’s update: Sadly, exactly one year after his brain surgery, Matt Cappoteli lost his battle to cancer on June 29th, 2018. Our thoughts and prayers go out to the Cappoteli family, his friends and loved ones. 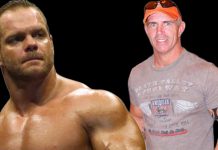 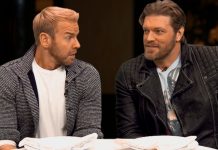 Edge and Christian – The Time They Ended Up in Wrestlers Court 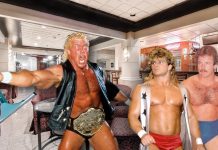