Kalisto, like many of his fellow 205 Live competitors, is a high-flying risk-taker. It’s impressive to watch the cruiserweights fly about in the manner that they do, but with Kalisto, it’s a whole different level of bravery… 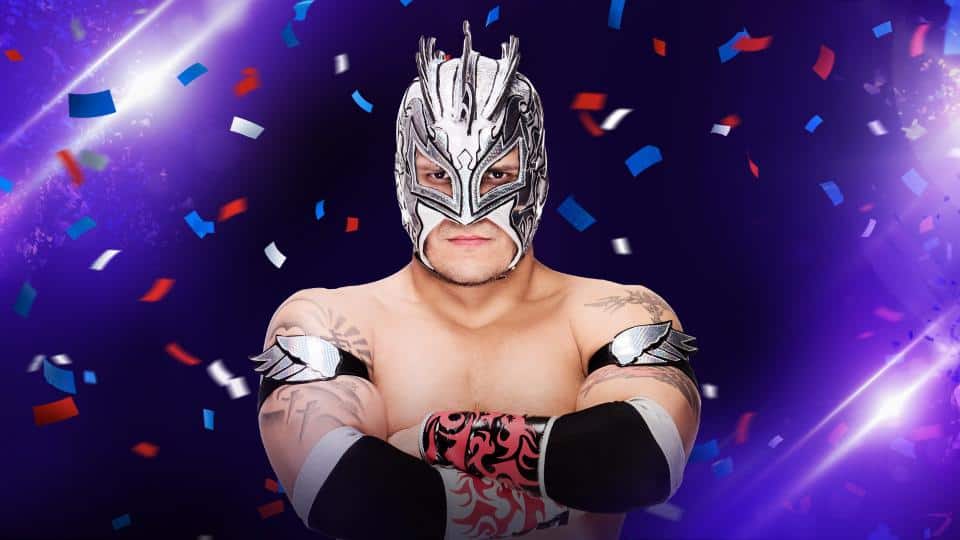 The combination of the physical moves Kalisto does along with the mental side of things he’s had to conquer deserves a ton of respect.

Kalisto revealed a scary detail of his life and career with The Celtic Warrior Sheamus recently. Sheamus has had a Youtube channel on the rise for a little while now called Celtic Warrior Workouts. The concept is pretty exciting if you’re not only a wrestling fan but looking for fitness tips. Sheamus has had a plethora of WWE talent on the show and not only does he go through grueling workouts with them, but he also has eye-opening conversations with them throughout.

On episode 24 of Celtic Warrior Workouts, Kalisto joined Sheamus. It was actually Sheamus who initially brought up a difficult time from Kalisto’s past. Understanding the sensitivity of the topic, Sheamus was respectful and made sure Kalisto was comfortable with speaking about it first.

“I hope you don’t mind me mentioning this. In 2011, you took a nasty fall, you took a major hit to the head,” Sheamus began. “You took a dive to the outside, someone moved and you cracked your head against one of the barricades, right?”

“Yeah, this changed my life actually. That almost made me quit [wrestling],” the luchador revealed to the viewers.

“It was in the middle of 2011, I was on tour in Mexico and I had so many dates up ahead but everything just came to a stop because I did this crazy backflip double rotation and I guess I over-rotated and I landed on the barricade. Thank god that stopped my fall. I mean, if I hit the ground, I would have been dead because nobody caught me.” Kalisto explained to Sheamus.

The high flying Kalisto continued speaking to Sheamus about the terrible injury.

“I ended up staying in Mexico for about two and a half months. I was diagnosed with post-concussion syndrome. I always tell everybody this… it’s like being drunk day and night non-stop — it was so annoying. Even sleeping, it just felt like the whole room was spinning around.”

Kalisto continued, “It was so annoying. Throwing up, unable to go to the bathroom…”

Related: The Spectacular Botch That Nearly Plunged WrestleMania 19 into Tragedy

Sheamus had powerful advice to share. “This is why we tell kids and families, ‘Don’t try this at home!'”

Sheamus continues to spread an important message. “Even those who are highly trained, there’s always that risk and element of getting hurt. So leave it to the professionals.”

Wrestling all over the world could have left Kalisto stranded anywhere, making the situation more distressing. Luckily for Kalisto, he wasn’t stranded in a country that he was unfamiliar with and had a feeling of comfort in Mexico.

“Thank god I have family back in Mexico, so I stayed with them.”

Sheamus went back and addressed what Kalisto mentioned in passing a little earlier in their conversation — that he almost quit the business. From almost quitting in 2011 to being signed by WWE only two years later, Kalisto explains how he achieved the unlikely feat of reaching the big time.

“I went back to Chicago, my mom was so scared she ended up having a heart attack.”

After a heart attack befell his mother, something he blamed on the stress caused by his accident, Kalisto’s thought process was, “You know what, double-whammy, I’m done, that’s it. Sell all my masks, sell everything… that’s it, I’m done.”

One last tour was all Kalisto had in mind to finish off his career. It’s likely today that he would be retired if it wasn’t for one phone call that motivated him to keep wrestling.

“Believe it or not, my first match back was against Sami Zayn. After that match, I went to Mexico. For some reason, I left my phone back in Chicago and my wife ended up calling my cousin from her phone.”

At first, Kalisto’s wife couldn’t get ahold of him, so the exciting news spread to his cousin first who then passed the news onto Kalisto.

“Hey, WWE called you for a try-out!” his cousin told him.

“There’s no way, why? Why would they call me?” Kalisto said in disbelief.

Kalisto got on Skype with his wife where he found out he was indeed legitimately on WWE’s radar.

“Long story short, we skyped, she put the voicemail on my Skype, and I was like, ‘Oh, it’s legit!'”

It would be a daring move to pursuit the WWE dream after the traumatic experience he had endured just two years earlier but the brave Kalisto thought, “Let’s do it.”

And that he did. An NXT Tag Team Championship, two United States Championships, and a Cruiserweight Championship have all since belonged to him.

It’s not only the gold he has won that makes this such a success story, but it’s also the way he goes about it. It would be entirely understandable to tone down your move-set and even be afraid of the top rope after a potentially fatal experience like that, but Kalisto still goes above and beyond the call of duty to entertain the fans. Take this memorable ladder spot from WWE’s TLC pay-per-view in 2015, for example:

The Slammy Awards are by no means an award many write home about or talk about often when it comes to WWE, but the 2015 Slammy Award for ‘OMG Shocking Moment of The Year’ was truly deserved when Kalisto won it.

This was awarded for the absolutely insane move Kalisto did [above] in a triple threat tag titles match with his partner Sin Cara as The Lucha Dragons against The Usos and The New Day. Kalisto’s finisher, the Salinda Del Sol is a cool move when it’s done normally for starters. The TLC match, however, amplified the move hugely. Kalisto hit a Salina Del Sol on one of The Uso’s from the top of the ladder and landed on another ladder which was set up underneath.

Sheamus was full of respect when speaking about Kalisto’s journey.

“Everything went against him [Kalisto] but that just shows his heart and his passion. That’s what I love about this fella, he always keeps pushing forward. You tell him he can’t do something, he’ll do everything he can to prove you wrong.”

The Celtic Warrior opens up once more on his respect for Kalisto.

“I’ve been in the ring with the fella, and though he may not be the same height or size of me, he hits as if he was.”