Chokeslam! A compound of words that’ll send a shiver down any younger sibling’s spine. It is one of the most iconic moves in professional wrestling history as it ticks all the boxes: It is safe to perform in the ring*, easy to pull off, and looks fantastic when done well.

So let’s take a look back at the history of the spectacular maneuver and try to answer some age-old questions. For example, who invented it? Paul Heyman? The 16th President of the United States, Abraham Lincoln? Well, they both kind of did, and they both kind of didn’t…

Abraham Lincoln – Originator of the Chokeslam?

The rumored origin of the chokehold turns out to be far more interesting than I myself thought when I began writing this article. I was thinking I would have to go hunting for some obscure wrestler or match from many years ago. However, the mythological origin of quite possibly my favorite wrestling maneuver is even more epic than I could imagine.

I’m sure many of you spend your commutes and walks listening to wrestling podcasts (like this one right here — cheap plug!). One of the best conversation starters is, "Who would you put on your wrestling Mount Rushmore?" Well, what if I were to tell you that the creator of the legendary finisher was a face on the REAL Mount Rushmore?

That’s right, ladies and gentlemen, the originator of the chokeslam was non-other than President, ABE "THE TOP HAT" LINCOLN!

Before he was the leader of the free world or hunted vampires, Abraham Lincoln was a simple store worker who used to like to wrassle, specifically in the frontier catch-can style.

The store owner would brag about his client and his amazing fighting abilities. It helped that Lincoln was 6’4", a height that was even more impressive at the time than it is now.

According to WWE.com, the story goes that Jack Armstrong, leader of the local gang, The Clary’s Grove Boys, had heard about the store owner’s bragging and challenged The Honest One to a match. After a few holds and lock-ups, the fight ended with Lincoln grabbing Armstrong by the throat, hoisting him up in the air, giving a little shake, then throwing him to the ground.

Rather than continue laying the smackdown on the obviously smaller and weaker competitor, the story goes that Lincoln stopped the bout and, in scenes reminiscent of Hulk Hogan and Ultimate Warrior at WrestleMania VI, shook his hand instead. Not before threatening to whip the rest of his gang’s monkey asses, mind you.

Of course, as this took place nearly 200 years ago, and as the current occupant in the White House can attest, things tend to get over-exaggerated when it comes to presidential stories.

The Chokeslam in Modern-Day Wrestling

The origins in modern-day wrestling are quite blurred. There is a chance it was invented by Akira Taue, who, alongside Kenta Kobashi, Toshiaki Kawada, and Mitsuharu Misawa, was one of the Four Pillars Of Heaven (think of them as All Japan Pro Wrestling’s Smackdown Six, or NXT’s Four Horsewomen.)

It is hard to devise when Taue started using the chokeslam, or as he called it, the Nodowa Otoshi, but his multiple variations on how to bash a man down to the ground using his neck as a handle means he deserves mention in this article.

So who popularised it over here in the west? This is where things start to get really muggy.

Ever since his debut, The Undertaker has liked to choke his opponent more than an annoyed Homer Simpson throttles Bart. He choked them standing up, he choked them lying down, he choked them in the corner, and with one particular move, he would choke them on the rebound of an Irish whip, lift them up in the air, then bring them back down.

For all intents and purposes, this movement can be considered a chokeslam. However, it was never really used as a finisher or referred to as an actual move. Vince would normally shout "UP AND DOWN!" or "WOOOOAAHHH YOU WANT NO PIECE OF THAT!" – Neither of which is a particularly catchy title.

So, technically, you can say it was a Paul Heyman and 911 (Alfred Poling) invention. 911’s version was used as a finisher where he incorporated the opponent’s arm over the shoulder (which he could use for a cheeky push-up to help him gain more height) and popularised using "hangtime," making the eventual throw-down more spectacular.

It was also the first time the move was referred to by its chokeslam moniker.

Did you know? After less than a year of training, "The Queen of Extreme" Francine made her ECW debut in 1994 as Miss Montgomeryville, a supposed beauty pageant winner and guest timekeeper.

In actuality, she was there to be chokeslammed by the monstrous 6’8" 300-pound 911. She did not train to take the bump, wasn’t really given a cue when it was going to happen, and had not spoken to 911 beforehand. She didn’t even know what a chokeslam was!

She remembers 911 just suddenly approaching her, lifting her up and slamming her inside the ring where Francine recalls a collective shocked GASP as if the air was taken out of the whole venue, followed by a deafening silence by the crowd where "you could hear a pin drop."

The crowd was stunned after bearing witness to 911’s actions and seeing Francine lying immobile in the ring, almost lifeless. You can read more in our article entitled, Women of ECW – Beautifully Extreme.

Tommy Dreamer even goes as far as to say that Heyman was the innovator on a July 15, 2015, Facebook post on why he has retired from receiving the bump. He wrote:

"There comes a time in every person’s life they say, ‘Uggh, I’m getting old.’ We can fight it as much as possible, but it happens. It is harder to come to terms with many athletes that they are losing a step.

Ironically, I watched a story about Earl Campbell, the iconic running back for the Houston Oilers, whose punishing style made him famous. He has a myriad of back issues and walks with a walker from when the documentary was made. He said after he got traded, he had the toughest call to make, and he called his wife and said I’m losing a step. It’s time to retire.

Well, on Sunday in Houston, Texas, I took my last ever chokeslam. This move was invented by Paul Heyman. He visualized it and gave it to a wrestler named 911.

Well, I took my share of them from him as well as from Brian Lee, which made me famous for being crazy and extreme. I actually enjoyed taking them. I’ve taken them on chairs, concrete, a cinderblock, outside on someone’s lawn. Into a trash can, into a dumpster, from the top of the ECW Arena, the top of steel cages, you name it, I’ve taken them.

Well, I took this one on Sunday, and I felt something weird. PAIN. I heard a crunch. It wasn’t Lance Hoyt’s fault; he placed me perfect. I’m just 44, and after a 20-minute hardcore match, my chokeslam bump card has expired.

Going into my own company’s largest show, I’m hurt. I’m pissed at myself because when I’m performing in the ring, I’m still 25 years old, but my body reminded me I’m 44 with a broken neck and back. So thank you, Chokeslam; we had a great relationship.

I’ve taken them from 911, Brian Lee, The Undertaker, Kane, Test, Big Show, and a few I probably forgot. I will heal. I will fight through the pain, but knowing my wrestling career is on the tail-end of ending is the hardest part. No regrets. I got a few good matches left in me. Thanks for reading."

Who Did The Best Chokeslam in Wrestling?

So who did it the best? Big Show would perform in a way similar to 911 where he would hang em’ high then crash down to his knees, with his extra height making it more impressive.

Undertaker and Kane would adapt to their own style, where they would remain standing after hitting the move. Vader, Scott Hall, plus many more would have their own versions. Even Shane "The Hurricane" Helms gave it a go, although he would ask permission first.

"The match was Tajiri, Billy Kidman and me. One of them was the champion, and I walked out as champion," Helms remembers. "The finish was a chokeslam from Hurricane, and it came from Vince. I never hit it before. I just came from a time where you don’t steal people’s finishers, especially that’s on the show.

"Out of respect, I wanted to go to The Undertaker. I asked him about it. He didn’t give a shit. I went to Kane, same thing. Big Show wasn’t there that day, but I explained my situation when I caught up with him, and he didn’t care. Every one of those guys were super cool about it."

As the chokeslam has been around so long, you can’t really say who did it best as it’s really down to personal preference. Everyone has put their own spin on it, and the sheer variety is why it remains popular to this day. As there is no true definitive originator, there can’t be a definitive greatest.

*A chokeslam is safe to perform from a wrestling performers’ standpoint, obviously. I am not recommending you strut up to your housemate, grab them by the throat, and hurl them into the abyss. That’s what childhood was for. 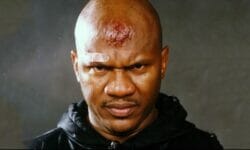 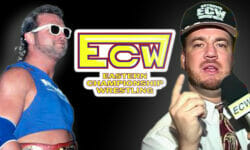