Today we take a look at Donald Trump’s contribution to WWE and how he became a WWE Hall of Famer. This article will not be a political piece but instead highlights Donald Trump’s WWE history.

While many people know him as a billionaire businessman, television producer and most recently, President of the United States, Trump is a WWE fan and long-time friend of Vince McMahon. In fact, the top donors to the Donald J. Trump Foundation from 2004 to 2014 were Vince and Linda McMahon, who donated $5 million to the foundation after Trump appeared at WrestleMania in 2007.

Trump’s contribution to WWE,  then the World Wrestling Federation,  began in 1988.

Donald Trump hosted WrestleMania IV and V, in 1988 and 1989 respectively, at Trump Plaza in Atlantic City, New Jersey.  After that, he appeared at WrestleMania VII while also being interviewed by former wrestler and politician, Jesse Ventura, at WrestleMania XX. Trump’s contribution to WWE continued in 2007 when he stepped foot into the squared circle and actively got involved in a storyline pegged, “The Battle of the Billionaires.” The deal was that either Trump or McMahon would have their head shaved if their competitor lost their match at WrestleMania 23. Trump was in the corner of Bobby Lashley, while Vince McMahon was in the corner of Lashley’s opponent Umaga with Stone Cold Steve Austin as the special guest referee. Lashley won the match, and so McMahon got the haircut, to the dismay of all those out there who have always wondered what lays dormant under Trump’s abandoned nest of hair!

However, it wasn’t all fun and games for Trump. Not long after shaving Vince’s hair, he was nailed by a Stone Cold Stunner!

On June 15, 2009, Trump got involved in a storyline once more, with McMahon announcing on Monday Night Raw that he had “sold” the show to Trump. Appearing on screen, Trump announced he would be at the following episode in person and would give a full refund to the people who purchased tickets to the arena for that night’s show. McMahon went on to “buy back” Raw the following week for twice the price.

Trump was inducted into the celebrity wing of the WWE Hall of Fame in 2013 at Madison Square Garden for his contribution to WWE. He made his sixth WrestleMania appearance the following night.

With it being a historic election season for all the right or wrong reasons (depending on who you talk to), the media have been reaching out to current and former staff of WWE trying to get their thoughts on the Republican Party nominee for POTUS, hoping to dig up some dirt. To rectify this, it was announced that WWE issued a gag order to all employees which forbade anyone in the company from speaking about Donald Trump. That’s a pretty good payback for his contribution to WWE.

Despite this, we have gathered a few quotes from various people within the world of professional wrestling showing what they have to say about Trump’s contribution to WWE. Keep in mind, some of these quotes may be a few years old and were shared before he was running for president.

“Vince went right over there, put Donald on the spot, and right before we went out [for the match at WrestleMania 23] goes, ‘Hey, you know, Stone Cold Steve Austin is refereeing the match and he has a finishing move called the Stone Cold Stunner. Would you mind taking it?’

Boy, right then, Donald Trump’s number one advisor, his right-hand guy at the time, gave him every single reason why he does not need to take the Stunner. [He said] ‘Hey, man, this is not a good idea; you don’t need to do it; you’re doing enough by being here.’

Donald looked at Vince and he goes, ‘Sure, I’ll take it.’”

“Donald Trump not only get’s it but he respects our business.”

“I think a lot of people give [Trump] a hard time and throw things at him that I believe are not true. There are a lot of people that say, “Trump is a big racist.” I’m a black man, I worked with him for several months, and I never felt that. I never came across that at all. I think he was a team player when he came into our field. That was the largest WrestleMania in history at the time, and he played his part perfectly.”

Feelings and thoughts on Donald aside, he did play his part well in WWE. We can only hope that he plays his part well, too, as President of the United States of America. The world certainly depends on it. 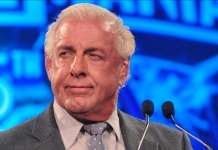 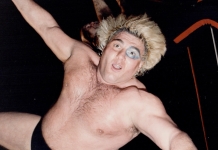 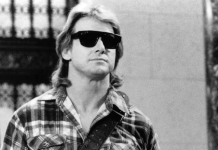 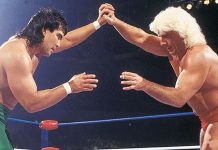 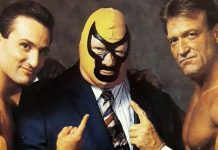 The Assassin Jody Hamilton – Behind the Mask 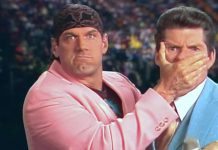 Jesse Ventura – How He Sued Vince McMahon, Won, and Worked For WWE Again 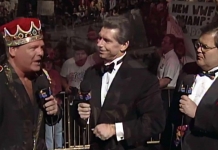 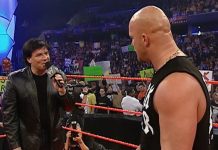 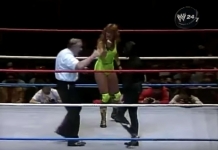 The Original Screwjob – How Vince and Moolah Screwed Wendi Richter 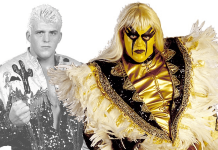 Goldust and the Time Dustin Rhodes Tried to Get Breast Implants