Chaotic endings to wrestling events can really make for great television – the unplanned Vince McMahon injury suffered at the 2005 Royal Rumble is a perfect example of this!

Flash forward nine years. All of WWE’s plans for a havoc-wreaking finish to the 2014 Survivor Series pay-per-view were executed flawlessly. The traditional Survivor Series five-on-five elimination match was Team Cena versus Team Authority and it had come down to Dolph Ziggler of Team Cena against Seth Rollins of Team Authority. Controversy was building because Triple H, not even part of the match but in the corner of Team Authority, was doing everything he could to make sure Team Cena didn’t come out on top by stopping the ref’s counts, interfering with the match itself, attacking Dolph and not giving him a chance to win. That was until Sting made his long-anticipated WWE debut, decades in the making. Triple H and Sting stared down in the middle of the ring for a chilling minute before Sting laid Triple H on his back after hitting his Scorpion Death Drop, helping Team Cena to secure the victory by laying Dolph’s exhausted body over Seth who was in the same state of exhaustion. This put The Authority out of business (albeit, temporarily) and the chaos of it all was fantastic.

Well, that’s the beauty of a chaotic finish when it’s all planned. The 2005 Royal Rumble was a completely different story. Incredibly chaotic, but it wasn’t planned that way whatsoever.

John Cena and Batista were the only two competitors that remained in the Royal Rumble match and they were battling it out for a chance to main event WrestleMania 21. Batista hurled John Cena up for the Batista Bomb, though this is when things went awry. The momentum of lifting up a heavy guy like Cena had legitimately forced Batista back a few steps, causing both him and Cena to topple out over the top rope at the same time.

Former WWE referee, Jimmy Korderas, had an inside scoop on this situation as he was one of the officials assigned to the match. Jimmy explained in an interview with Fight Network that they had planned for Batista and John to fall back like that after Batista hurled Cena up for the move, but Batista was supposed to hang on to the rope as they fell.

Obviously, things weren’t going to plan for WWE but luck was fortunately on their side in the way Cena and Batista hit the floor. It really was difficult to decide who hit first, and it could’ve easily been ruined had Batista hit the ground first, though luckily, this wasn’t the case. WWE had something to work with and they dealt with the situation very well. In fact, if you were watching it for the first time, you might have thought it was all supposed to happen this way. The RAW referees immediately went over to fellow RAW superstar Batista and raised his hand. The SmackDown referees raised fellow SmackDown superstar John Cena’s hand in response. It all looked natural and credit must go to all those involved in a backstage capacity, the officials, and of course John Cena and Batista.

Jimmy Korderas opened up on the back and forth between the referees.

“It was a brand split at the time. John Cena was the SmackDown superstar, Dave was the RAW superstar. The RAW superstar was supposed to win. So the RAW referee went over automatically and raised Dave’s hand because in his mind that was the finish of the match — When they saw it back at gorilla, they noticed that the guys landed at virtually the same time, so we in our earpiece we heard, ‘A SmackDown ref, go raise John Cena’s hand because they landed at the same time!’ So, you know, just instinctively I ran in the ring and raised John Cena’s hand.

“All that back and forth between the referees, the RAW refs and the SmackDown refs, was just on the fly. We were just… We basically called it out there as the wrestlers like to say.”

What happened soon after was just as big as the accidental double elimination, maybe an even bigger accident in terms of how memorable it was. The boss himself, Vince McMahon came storming down to the ring, furious as ever. As Vinnie Mac got closer to the ring, he picked up his speed and charged underneath the ropes. The then 59-year old charged a bit too hard, hitting the ring very awkwardly, tearing both of his quads in the process. He then just sat there in the ring whilst the officials, Cena and Batista looked down at him.

“This injury could have been avoided entirely for Vince if the general managers, Teddy Long and Eric Bischoff, hadn’t decided to leave the building early that night! We went back and forth and whilst this was going on we’re hearing in our earpiece, ‘Go find Teddy Long and Eric Bischoff!’ the respective general managers for the brands because they wanted them to come out and add to the controversy. What [the officials in the back] wanted to do from there was continue the match until they had a clear winner, but they couldn’t find the GM’s because they decided they were going to leave early, they thought their job was done for the night!”

Without the general managers around, Vince took matters into his own hands. He successfully restarted the match and Batista eventually won like he was supposed to from the beginning. The cost of it all, however, was Vince McMahon’s quads. Kevin Nash, who knows a thing or two about tearing a quad, had this to say in a ‘Wrestling’s Most Botched’ video with Kayfabe Commentaries, “[sigh] Such a rotten feeling, such a rotten feeling. One’s enough. He’s obviously fucked.”

Watch Vince McMahon Tear Both of His Quads at the 2005 Royal Rumble:

“So when Vince came out to address everybody in the ring and he looked like he was madder than a hornet, you know, steaming, taking off his jacket and throwing it to the ground… Yes, he was pissed off but at the same time he was being Mr. McMahon, and when he charged into the ring and he went to stand up, of course, everybody remembers what happens next. He kind of tumbled back to his butt and everybody went, ‘…oooh!’ We didn’t know what was wrong. Obviously, we just went, ‘Okay, that didn’t look good,’ and then he just sat there. All of these things are going through your mind like, ‘What’s up with Vince? Why is he just sitting there?’ And then he just, you know, [Vince said], ‘Get over here!’ and we went over there and he conveyed the message that the match would continue until we have an eventual winner. They went on to do just that and Dave Bautista won like he was supposed to originally. The amazing thing that people didn’t realize was when Vince rolled out of the ring, here’s a guy that we found out later tore both quads, he got to the back without help. Somebody came over to help him and he was like, ‘Get away, I can do this!’ and he kind of like struggled his way back… Vince is a tough sucker, man. I’ll give him that.”

RELATED: VINCE McMAHON- To Approach, or Not To Approach- That is the Question

The man himself took time out of his busy schedule seven weeks after injuring himself at the 2005 Royal Rumble with the Wall Street Journal, “Seven weeks ago, I severed both of my quadriceps tendons doing a stunt in the ring,” Vince explained. “I wasn’t warmed up, I didn’t stretch and that, unfortunately, caused a  major surgery. My character, his time has come and gone. I’ll be 60 in August. I’m better utilized from a resource standpoint not being a performer.”

Many fans found amusement at Vince McMahon calling what happend at the 2005 Royal Rumble a “stunt,” but it comes as no real surprise that he said that. Vince is a very proud man and calling it a stunt gave it an easier to take in feeling about it.

The crazy boss didn’t stick to the words that his character had come and gone. Barely over a year later, he wrestled Shawn Michaels at WrestleMania 22 in a no holds barred match. This was an intense feud that lasted the majority of 2006.

Vince, now 72 at the time of this writing, has mostly retired the character. Mr. McMahon still showed he can turn it on when he wants to, though. On the September 12, 2017 edition of SmackDown Live, Vince McMahon was involved in a segment where Kevin Owens beat him down, busted him open with a headbutt, and landed a “bullfrog” splash on him.

They don’t come any madder than Vince. 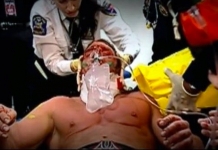 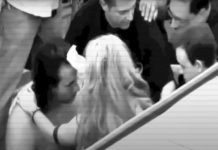 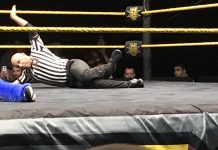 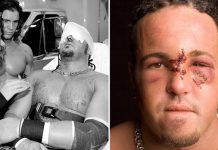 Joey Mercury – The Broken Face That Brokedown a Promising Career 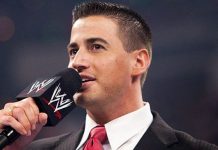 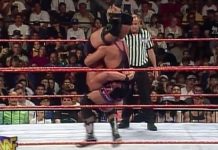