In the midst of international travel over the holidays, this exclusive review got lost amongst our inbox. While some days have passed since this live event occurred, we thought we’d share it, anyway. MSG shows *usually* offer a bit of something special to the paying audience, a little something different than what’s seen on TV.

Matt Hardy defeated Bray Wyatt. Wyatt, who main-evented the last two MSG cards (PINNING Cena and losing to Reigns), was relegated to a mediocre opener. The sea of kiddies in the crowd didn’t know what to make of Hardy coming out to classical music who did the "delete" shtick 37 times and probably should have done more wrestling while he was at it. 2 ¼*

Paige, Mandy Rose and Sonya Deville defeated Bayley, Mickie James and Sasha Banks. When the entrances are longer than the match I have an issue with it all but not a bad match- just instantly forgettable. 2 1/2*

Luke Gallows and Karl Anderson SINGING with Elias. When one of the best tag teams in the world came to WWE, I was hoping against hope they would be SINGING and doing BAD COMEDY and would walk off without wrestling, SMH. It was at THIS POINT in the show that I questioned why I was here and knew that you "CAN’T GO HOME AGAIN."

Rhyno, Heath Slater, Goldust, Apollo Crews and Titus O’Neil defeated Scott Dawson, Dash Wilder, Curtis Axel, Bo Dallas and Curt Hawkins. Yes, let’s just slap ten guys together for no reason whatsoever or because "Creative" has nothing for them and have them in an absolutely meaningless exhibition. 1*

WWE Cruiserweight Champion Enzo Amore retained over Kalisto. Enzo does his at this point tired spiel and is basically an indy level wrestler. 2 ¼*

Samoa Joe defeated Finn Balor by submission in a quickie. Time to go back to NJPW, Finn. Clearly, Vince has soured on you. And for the corporate apologists, Finn DID get on the mike and say he would have liked to have been home for the holidays. 2*

Braun Strowman defeated Kane by disqualification. Kane DQ’d for a chairshot to the LEG after about 2 minutes. Rip-off. DUD 0*

Steel Cage Match: RAW Tag Team Champions Seth Rollins and Jason Jordan retained over Sheamus and Cesaro. Exciting with a lot of climbing and racing over the top in a PG-rated bloodless, enjoyable, far from great cage match. When all 4 guys are likeable and there’s no juice or no real feud you kind of wonder what the point of the cage was to begin with. 3*

WWE Intercontinental Champion Roman Reigns retained over John Cena. These two got about ten times the reaction of anyone else on the show and were clearly perceived as the stars of the night. Great heat. Solid match. Felt a bit rushed. Cena pinned clean in the middle with the spear. Maybe add a ¼ star more for great heat but the match itself wasn’t Flair-Steamboat I can assure you. 3 ¼*

Summary- All in all with every match before intermission godawful or mediocre at best, I was pretty numb by steel cage time post-intermission. Did the last two bouts save the show? Debatable. But it really is geared for the kiddies at this point and I easily could have lived without the whole thing. Just a night of mostly instantly forgettable entertainment, popcorn for the mind, with the kiddies leaving delighted and Mommy and Daddy with a credit card bill for tickets and gimmicks and food that they’ll be paying off until the next card headlined by Lesnar on March 16, 2018. 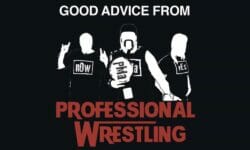