As an agent, radio and TV host, and film producer, I always savored working with Nikolai Volkoff, who became a close personal friend. I wanted to share not only my thoughts as a longtime fan but, more importantly, my feelings on this immortal legend with the Pro Wrestling Stories audience.

The camera zoomed in on a ripe, juicy piece of fruit, and the powerhouse effortlessly made it explode in his bare hand. Such was the raw strength of this monster heel who looked like a supervillain straight out of Marvel comics to this wide-eyed, skinny 14-year-old.

Finally, my dad took me to Madison Square Garden on June 24, 1974, for my first wrestling show. Beloved champion Bruno Sammartino and Chief Jay Strongbow stood across the ring from the then 50ish, but still incredibly charismatic Blassie and intimidatingly fierce Nikolai in a two-out-of-three fall affair.

To say the building shook would be an understatement, and when the heroes’ hands were raised in victory, the primal roar that they were met with by the adoring fans left this enraptured kid floating out of the world’s most famous arena.

And nearly a half-century later, they are all gone. Dad. Strongbow. Blassie. Bruno. My God, Bruno, the Italian strongman who, to me, was a real-life Superman.

“’80s fans sure didn’t like his singing of the Russian National anthem!”

Nikolai Volkoff, who, along with the Iron Sheik, generated so much heat that they’d have to be hidden in an ambulance and driven out mid-card from MSG because if had they left after the show, a mob of seething fans would have been there to savage them.

Nikolai, along with Ivan Koloff, would run either number one or two in all-time great Russian heel gimmicks.

Nikolai, whose boatload of titles would make for an article in and of itself.

And, I might add, those ’80s fans sure didn’t like his singing of the Russian National anthem, as indicated by the cascade of garbage hurled at him, a testament to this heat magnet. You just felt at any moment one of them could rush into the ring and attack him, and on occasion, fans of that era did just that.

Nikolai Volkoff Outside of the Ring

Amazingly, along the way, he somehow became my dear friend. We did radio, and autograph appearances, documentary film work, and he even saved my butt when I was the producer on Johnny Valiant’s comedy show when he and manager Nikita Breznikov stepped in Johnny’s stead when JV couldn’t make an appearance due to a family emergency.

There was Nikolai in all his glory on stage, doing comedy, magic, telling road stories, and regaling the New York audience without a moment’s preparation. Pure improv. And it worked. God, how I now wish someone had actually filmed it.

I’ll never forget sharing hotel rooms with Nikolai during one of the autograph appearances we did together. He knew I wouldn’t be out partying like some of the boys, and he was always an early to bed, early to rise exponent of clean living.

In the morning, when he would awake, he’d pull out hand-carved blocks he’d made "in the old country," using them to do hundreds of push-ups.

On one trip, he asked me to arm wrestle him. Immediately realizing I didn’t stand a chance in Hell of winning, even though he was more than a decade older, we locked arms, and I’m not ashamed to say I couldn’t budge him a single inch!

He was THAT powerful.

Interestingly enough, we didn’t usually "talk wrestling." He’d tell me about his stringent diets and encourage me to eat healthier.

He’d go into sickening detail about how long it took "dead animals" to digest in your body.

He prided himself on being drug-free.

And he loved a good joke. "Are you married, or are you happy?" he’d repeat time and time, laughing heartily.

He was a warm, lovely man who’d on occasion would pick up the phone to talk to you. In the "What can you do for me?" world of pro wrestling, this was far from common.

I got such a call from him a week or so before he passed away from the hospital, where he told me he was feeling better and was going to be released shortly.

Nikolai knew my mom, and when she passed, he called me to offer his condolences. To get that call from not only a friend but a hero was indeed a boost just when I needed it.

My mom, who was a wrestling fan, would incredulously say, "He’s such a nice man," a disconnect between his heel TV persona and the person she met on many occasions.

And he was. A nice man. A beautiful, caring man. And one of the few in this business that nobody, not a single soul, has ever said a bad word about.

Add that amazing accomplishment to his many awards, titles, and accolades.

Nikolai Volkoff is a WWE Hall of Famer. But if there were a Hall of Fame for lovely human beings, he’d be right there as well.

He was more than a friend and a champion; he was an inspiration. I’d tell friends with pride that at 70, he was still getting in the ring. I thought he’d live to 100. I really did.

And all of me is still trying to wrap my head around the fact that he is somehow gone, missing the Hell out of him the day after.

Watch below an interview I did with Nikolai Volkoff alongside Nikita Breznikov as part of the documentary, Wrestling Then and Now: 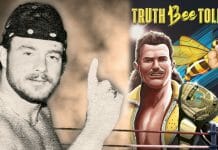 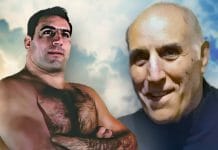 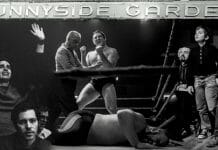 Sunnyside Garden Arena – A Snapshot to Wrestling’s Past

Showdown at Shea – The History of WWE’s First Supercards 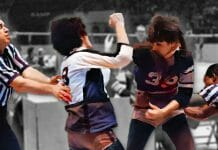 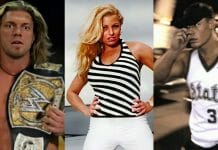 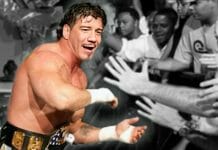