The sons of Bob Armstrong, Scott and Brian, announced on August 27th, 2020, that the Bullet — Pep, if you knew him — had passed after fighting bone cancer for the better part of a year. He chose not to seek treatment for the cancer, even as it swept through the rest of his body.

The last time I saw Pep was November of 2019 on a night when a small group of fans and former colleagues, led by the original Tennessee Stud, Ron Fuller, gathered to pay tribute to Bob at The Crossing, just outside of Dothan, Alabama. Longtime Southeastern Wrestling commentator Charlie Platt was the emcee for the evening, and people who loved Bob Armstrong — the man and the wrestler — were able to gather and pay homage to a man who helped define Southern wrestling from the 1960s through the 1980s.

"I grew up in the country," Bob told me during an interview. "I talked the way people from the South talk, so people believed in me."

And people did believe. I have seen Bob Armstrong wrestle talents like Harley Race and Ric Flair for the NWA World Heavyweight Championship, in an arena that was packed to the gills. I have seen people come unglued when Pep and Fuller beat Arn Anderson and Jerry Stubbs for the Southeastern tag titles (and in the footage, you can see a 12-year-old me jumping up and down like a crazy person and running back to the dressing room alongside Armstrong and Fuller as they held the title belts high overhead).

Bob had a rare gift. He was a hell of a tough man, but he was also quick as a cat and as strong as his gimmick name implied. But his best asset was that he could talk people into the building. He used that talent while he was an active wrestler, while he was the babyface commissioner for Smoky Mountain Wrestling, and even in the twilight of his career in TNA.

In Georgia Championship Wrestling, Bob once told Roddy Piper that the Rowdy Scotsman wasn’t in his league, because jackasses don’t run with racehorses.

During a promo for a no-disqualification bout, Bob looked dead in the camera and said, "Tonight, it’s anything goes, from your nose to your toes, boys."

His feuds with Jos LeDuc and the Mongolian Stomper (Archie Gouldie) were legendary in the South, rough and bloody battles that left every customer satisfied. And he’s one of the few wrestlers that Hulk Hogan never evened up with after a loss when Pep pinned the Hulkster — then going by the name Sterling Golden — to re-claim the Southeastern title in Knoxville.

The last time I saw him, Pep was in a lot of pain, and that was pretty evident by the way he carried himself. But he knew the people that were coming to The Crossing that night had paid good money to see the legendary Bullet, and there was no way he was going to let them down.

Bob Armstrong – Beyond the Ring

I’ve told you about the performer, but I also want to tell you a little bit about the man. I do not know if there was a more well-liked and respected wrestler in any locker room I ever sat in than Bob Armstrong. He was low-key hilarious, but he was also respectful and humble, even though by the time I finally got to share a locker room with him, he was a legendary presence in the business. He never big-timed anybody, even a kid who was just learning how to lace up a pair of boots.

He was preceded in death by his son, Brad, and his wife, universally known as Mrs. Gail. Pep and Mrs. Gail celebrated sixty years of marriage earlier this year before she passed.

And now Bob is with her.

If he had made it until October, he would have been 81 years old. Bob did everything in the wrestling business except hold the world championship. He was one of the last great regional stars, and he continued making shots for independent promotions in Florida and Alabama into his 70s. He was a former United States marine, the Honor Man of his platoon. He was proud as hell of his boys, Brad, Scott, Steve, and Brian, and they loved their father just as fiercely. He’s a member of the WWE Hall of Fame and a founder member of the Alabama Pro Wrestling Hall of Fame.

I can’t claim to be a great friend of Bob’s … I was in a locker room with him maybe twenty times, all told. But I got to wrestle against him, I got to talk with him, and I got to learn a little bit every time I saw him. I was able to admire him when I was just a young kid growing up, and I got to find out that sometimes your heroes live up to their hype.

Rest in peace, Pep. Thank you for everything. 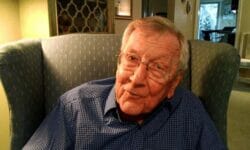 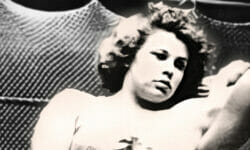 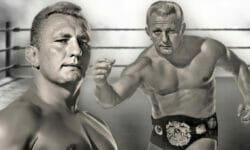 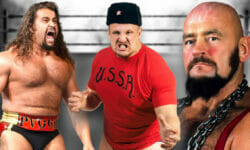 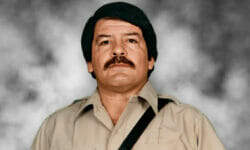 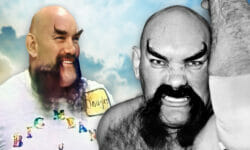 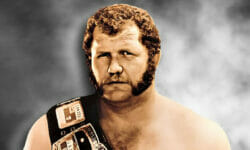