Bobby Heenan was one of the best workers of all time. In the words of our staff writer and wrestling historian, Bobby Mathews, Bobby Heenan was the gold standard when it came to wrestling managers. With his quick wit and the range to play the sniveling coward or the vicious mastermind, Heenan could do it all from ringside. His promos were top-notch, and when fans watched Heenan at ringside, they saw an artist at work. He was so good, in fact, that he was once shot at several times by a crazed fan in Chicago who took what Bobby was doing outside the ring too seriously. On the two-year anniversary of his passing, we honor Bobby Heenan by sharing some memorable stories by the legend himself and by the people who knew him best.

Nick Bockwinkel, in an interview with Memphis Wrestling History, opens up about his friend, Bobby Heenan:

I was fortunate to have two people I became associated with while in the AWA; Ray Stevens, who was considered one of the finest talents in the profession and Bobby Heenan, the best mouth in the business.

Not only that, if I was asked ‘Who was the best worker of all time’, I’d say it was Bobby Heenan.

Why would I say that? When Bobby would get into the ring, his intent was to stir that crowd, to entertain them, to let them see what they came to see. No one could do it any better than Bobby Heenan. He was that good. He could walk across the ring and get more trash thrown at him without doing anything other than looking at the people. He could take the wresting bumps, wrestling moves, over the top rope, through the ropes… I can’t compliment him enough.

In the ring, Bobby was quick and could react to anything. Back when Ray Stevens and I were tag-teaming, one of us might miss the card and they would replace the missing one with Bobby. When the announcer would notify the fans that either Ray or I wasn’t there, and would be replaced with Bobby Heenan, the building would explode with cheers.

The fans were convinced that Heenan would get it tonight for sure. He was that good.

You would get into a car with Bobby Heenan for a 200-mile road trip; around a four-hour drive. You would laugh for the first two hours and just be hysterical.

Not that Bobby was trying to be funny, it’s just that as he would talk about things, the wrestlers, the arenas, the refs, the hangers-on, the girl wrestlers… Just the commentary he would make would run you up the wall.

Bobby’s wit was unbelievable and fast – he was the same way in the ring.”

Bobby Heenan, in his WWE Hall of Fame speech in 2004, shares his opinion on the World Wrestling Federation losing the “WWF” naming rights to the World Wildlife Fund in 2002:

“You wanna talk about wildlife?

When I came here, they had the three Freebirds, they had the Junkyard Dog, Mad Dog, two Bulldogs…you had two Killer Bees, you had a guy with a snake, you had a Hawaiian guy with a Lizard – and to top it all off, I’m the Weasel, doing commentary with a GORILLA!”

Bobby Heenan, in an interview with WrestleView, shares thoughts on his long-time commentating partner, Gorilla Monsoon:

“The best experience I’ve ever had in my life was the years I worked with Monsoon.

He was my favorite human to be with. The best friend a man could have.”

Bobby Heenan on what he enjoyed most (and least) about being in the business of professional wrestling:

“Commentating was the most fun. You don’t get picked up and tossed around as much.

Wrestling was my second favorite.

Why? Because you’ve got your back to the fans, and the people knew they couldn’t beat people like Mr. Perfect, but they knew that they could send the women and the children out to beat me.

People that do that stuff are cowards.”

Bobby Heenan, in an interview with Spot Show, shares the story of the time a fan hit him with a ball-peen hammer in the head and how Dusty Rhodes took care of the fan in the back:

“Some guy came in the ring one night when we were in Chicago and hit me with a ball-peen hammer right in the crown of the head. I brushed my hair back and I saw blood on my hand and I thought, “Oh, Jesus.”

We got to the dressing room and the cops hold the guy up against the wall and tell me, “Go ahead, Bobby.”

I took off at him and just as I got there Dusty Rhodes kicked the guy in the groin and he doubles over and my fist hits the wall. Now my head’s busted open and my hand’s bleeding and I tell the cops, “Get this guy outta here before he kills me!”

Bobby Heenan, in his highly recommended book Chair Shots and Other Obstacles: Winning Life’s Wrestling Matches, shares his secret on how to work a match:

“Today’s style is different from what it was just a few years ago.

I could get in the ring right now with Paul Orndorff – who is retired – and get heat.

I would do an interview about what I think of him and he does one on what he thinks of me.

We could stand there in the ring. When the bell rings and we look at each other, I’d back off in the corner and we’d walk around.

Finally, we would lock up. Then, I’d pull a cheap shot on him and jump out. I’d argue with a fan or tell the referee to check him for a foreign object. I could stall and take time until the people would be so upset that they would want to see Orndorff come get me.

We could tear the place down today and really get the fans riled. I could do it just pulling his hair and then telling the referee I didn’t.

That is if the referee didn’t see it.

Everybody does everything in front of the referee nowadays.

All the heat goes on the ref and, with all due respect, no one bought a ticket to see the ‘Earl Hebners’ of this world. Everybody pulls hair, hits each other with chairs, and there are no count-outs or disqualifications for it.

But if I snuck something or pulled hair and then the ref asked me if I did that, I’d shake my head wildly and make my hair go all over for all to see and yell, ‘No!’ as loud as I could.

The place would go nuts for Orndorff and me, and we wouldn’t have to go through a single table.

In a heartfelt article we posted days after his tragic passing entitled, Remembering ‘The Brain’: BOBBY HEENAN, we shared some of our favorite Bobby Heenan quotes. Some of these are absolute gold!

In closing, we’d like to share one of the funniest memories ever of The Brain. In this October 30, 1989 “Halloween” edition of WWF Prime Time Wrestling, Bobby Heenan dresses up as Lanny “The Genius” Poffo and Gorilla Monsoon dresses up as Brother Love (Hate). Enjoy!

Thank you to our friends over at ‘Wrestling’s Glory Days’ Facebook page for some of the quotes used in today’s piece. 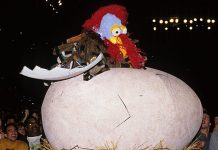 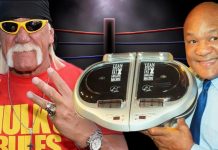 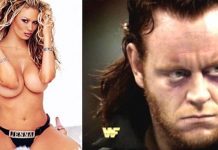 Jenna Jameson on Her Past With Undertaker, Fears He’d Kidnap Her