In the final years of WCW, there was a lot of political mistrust and plenty of chiefs calling the shots with storylines. One such example of this took place a week after Arn Anderson retired from in-ring action. Arn was so fired up after what happened that he went searching for Kevin Nash to fight!

Why Arn Anderson Retired in 1997

In his recommended autobiography To Be The Man, Ric Flair opened up about what led to his friend and fellow Four Horsemen stablemate Arn Anderson stepping away from the ring.

"Arn Anderson had four vertebrae removed from his neck in 1997," Flair began. "He was left with a hand too weak to hold a glass or fasten a button."

"At that point, the Horsemen had been expanded to a group of five, including us, Chris Benoit, Dean Malenko, and ex-Chicago Bears star Steve ‘Mongo’ McMichael."

"Personally, I thought we blew away the nWo," admitted Flair. "Arn could talk better than those guys. Benoit and Malenko were great in the ring. Mongo was a marginal performer, but he had a million-dollar look to go along with his Super Bowl ring.

"To the fans, we all were tough, believable guys. The only problem was that Arn could no longer continue as an active wrestler."

On August 27th, 1997, Arn Anderson was forced to relinquish his Four Horsemen spot to Curt Hennig and announce his retirement from in-ring action.

Ric Flair continued, "After relating a heart-wrenching true story about the pain that shot through his body when somebody in the gym had innocently slapped him on the back, he told the crowd, ‘For all you people out there that ever bought a ticket to see Arn Anderson wrestle, whether you loved me or hated me, you know that when the bell rang, you got all I had that night. Whether I won or whether I lost, I gave you everything I had. And you knew that. And when you did this to me’—he turned his palm toward his body and displayed four fingers to the crowd—’that was your acknowledgment.’

"It was awesome television. I know that it was real to me and real to Arn. Sting had tears in his eyes. It hurt me to know that Arn was really saying good-bye to something that meant so much to him."

The nWo Spoof the Four Horsemen

On the following Monday Nitro, the nWo came out and did a parody of the entire speech Arn Anderson delivered one week before. What followed, to this day, is divisive amongst fans and those involved.

"Without informing us," Ric Flair explained, "the nWo came out and did a spoof of the entire speech.

"Sean Waltman—who’d now joined the group and worked as Syxx in WCW (and had been the 1-2-3 Kid and X-Pac in the World Wrestling Federation)—was dressed as me, in a blond wig and false nose, bouncing off the ropes and strutting.

"They wore t-shirts depicting the Horsemen as the Four Jackasses.

"’Arn’ described himself as having ‘average size, average speed, average quickness, average looks, average intelligence, average carpentry skills,’ and despaired that his left arm could no longer open a beer can. Whenever he came to town, he told the crowd, he left an unpaid beer tab behind.

"What was suspicious was that no one scheduled us to run into the ring and get revenge by beating up these guys.

"Arn’s kids watched the show and didn’t get the joke; they just saw their father being portrayed as some pathetic drunk.

"With all the political mistrust in WCW, Arn believed that the parody was part of a plot to undermine him, and he knocked on Kevin Nash’s door later that night. Arn’s neck might have been damaged, but it wouldn’t have made a difference. He was ready to fight."

"Kevin had no idea that any feelings were hurt," admitted Anderson in Flair’s book. "He didn’t see it as a personal attack; he just looked at it as a piece of business. It was television, and he was trying to be entertaining. After talking a while, I got the impression that he was telling the truth, and I calmed down."

In a 2019 episode of the podcast 83 Weeks, Eric Bischoff opened up about Arn Anderson’s retirement speech and the spoof that followed.

"I remember how powerful it was. That was the thing about Arn. You didn’t need to script it. I wasn’t worried at all about what he was going to say; he was an absolute professional. It wasn’t like he was going to go out there and drop a pipe bomb on the audience.

"I also didn’t want to influence what he felt he needed to say. He had my respect, he earned that opportunity, and I didn’t want to take one syllable of what he had to say away from him for any reason."

Bischoff continued, "Look, I don’t think there was anybody who didn’t absolutely respect Arn Anderson. There may have been people that didn’t like him, but there was no one that didn’t have a tremendous amount of respect for him.

"At that time, you had a guy in Arn Anderson who had spent the majority of his adult life in the ring. It was his life. It was the way he fed his family. It was his identity, you know?

"I think that happens with a lot of talent who have been around for a long time — that identity that they’ve lived with for so long, and has fed their family as a character really becomes a part of who they are as a person. And when you’re faced with having to walk away from that? It’s a mind-fuck. It really, really is, and I understand that. [His retirement] had a profound impact on people."

On the nWo promo parodying the retirement speech, Bischoff went on to say, "Obviously, I remember it happened. I remember the fallout from it. I remember having to — I felt pretty bad about it, obviously.

"As time has gone on, I feel even worse about it now than I did then because I think I have a better understanding of people, and I’m probably more mature now than I was back then.

"When you’re caught up in television and constantly trying to outdo yourself and push the envelope, and break the barriers and all the other things, think out of the box, you sometimes become desensitized to how certain things can make people feel.

"In retrospect, probably one of the things I regret most in terms of allowing it to happen, you know? I get it. I mean, I don’t know what else to say about it. I remember — yeah, it was fucking horrible."

The Man Behind the Ill-Received Segment

So who was behind the idea of having the nWo mock the Four Horsemen, Arn Anderson, in particular, just days after his retirement? Ric Flair explained.

"Later on, we found out that the whole thing was thought up not by Kevin Nash or Erich Bischoff or Hulk Hogan, but by Terry Taylor, one of Arn’s good friends. Terry was on the booking committee and just wanted to be humorous. There was no ulterior motive.

"As for Kevin, he was just doing what he’d been told. Later, when Arn wrote a book that mentioned the incident and the distress it caused his family, Nash contacted him and apologized a second time. I thought that was very classy."

On Terry Taylor getting heat for the parody, Eric Bischoff admitted, "You’ll not hear me spend a lot of time defending Terry Taylor. I like Terry, but he did a lot of stupid shit when he worked for WCW that caused issues. But in this case, I don’t think Terry was necessarily to blame. The talent involved, they were walking pipe bombs, literally."

Watch the nWo Spoof Arn Anderson and the Four Horsemen: 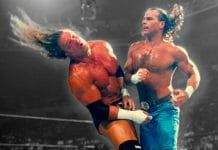 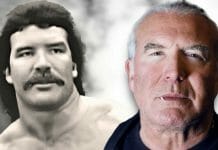