In 1986, Hulk Hogan and Jake Roberts were gearing up for a big feud on television before Vince McMahon nixed the whole idea. Both men give their varying reasons why.

Why the Hulk Hogan and Jake Roberts Feud Was Scrapped

In a 2013 interview with Sky News Radio, Hulk Hogan told his side of the story (H/T WrestlingInc):

“There were several guys where there would be a feel in the ring, or you could tell right away. That’s how everything worked with me. I had to hear it and feel it with the instinct thing.

I got into a situation with Jake ‘The Snake’ where he had his [Snake] Pit. It was an interview show. We did something there, which was the beginning of a major storyline for Jake and myself.

We went to Providence, and we worked one night, and that was pretty much it. It was like we were at a funeral.

I just realized that something wasn’t clicking, and we kind of moved on and moved past it. I don’t know what it was.

There was a Hulk Hogan style at the time that was really easy, and there were several trains of thought with probably about six or seven ways to go to make things perfect. For some reason, Jake and I did not fit in any of those categories.

I tried my best, and he tried his best, but we just couldn’t dance with each other. It wasn’t right.

I just didn’t want to run this thing out for six months to a year when there were so many other people like the ‘Macho Man’ and everybody else, and it was so red-hot. It just didn’t work.”

Jake Roberts Shares His Side of the Story

In an interview with Wrestlescoop.com, Jake Roberts had a different take on the matter.

“The angle was stopped because the people were chanting DDT, and Vince did not want that.

They made that machine up there to take care of Hogan. He was the golden goose.

That’s when they really took me from being a heel to being a babyface, and my job then became getting all the other heels ready to wrestle Hogan.

So, I guess they thought, ‘If we can’t use him as a heel, we’ll just beat him as a babyface…’

The people turned me babyface. My mistake as a heel was that I didn’t do enough ‘chicken’ stuff… I would take a beating, but I never cowered off. What happens is that people turn you babyface because if you take a beating but never cower off, people respect you. That was my mistake. If I’d done more chicken stuff, I could have stayed a heel.

But it didn’t matter.

If you’re good enough and go out there and do your job, people don’t remember if you won or lost. They really don’t. They just want to be entertained.”

In a later interview with Title Match in 2017, Roberts took a more introspective look back on the matter while jokingly blaming the fans for why Vince rejected his feud with Hogan.

“They tried to put me with Hogan, but you fans screwed me with that when you guys started chanting, ‘DDT DDT!’ after I dropped him.

Vince looked at me, and he went, ‘Man, that ain’t going to fly.’

And I asked him, ‘What do you mean that’s not going to fly?’

‘Because they’re cheering for you!’

[I told Vince] ‘They’re just happy,’ you know? Whatever.

We tried it in two towns, we sold out those cities and turned people away, and I said [to Vince], ‘There! You can’t beat that.’

Vince: ‘Because they’re chanting for you!’

‘Does it fucking matter who they’re cheering for? The seats are sold out!’

Vince: ‘That’s going to screw with our marketing.’

So that was the end of that.

My job became getting the next bad guy ready for Hogan. If Hogan were in Los Angeles, I would be in San Fransisco getting beat by what would be in the next car Hogan versus this guy who just beat me.

It was a lucrative job. I hated the job that I was never given the belt, but that was a lot of my fault because of my addictions.

I want to say this. I never meant to cheat the fans out of a good match, even when I was high or hungover. In those instances, I would wind up going out there, giving you twice the time because I was so angry with myself that I allowed myself to be not in proper shape at the time.

I often wonder how well it would have gone had I not had problems. Sometimes when you have problems, you learn a lot. I sure have learned that alcohol and drugs aren’t good for you and that it can hurt your career and hurt your family. And that’s what I care about.”

This was one of two times Hulk Hogan and Jake Roberts would ever meet in the ring. Was the crowd dead like at a funeral, as Hogan described? Would you have enjoyed seeing this feud take place? Sound off on social media! 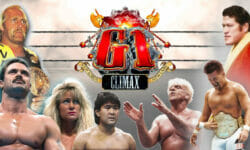 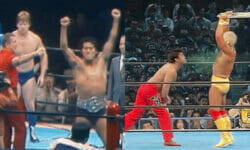 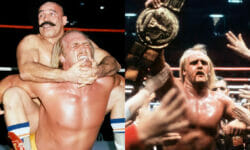