In one of the most chilling and tragic stories in wrestling, Canada’s own Dino Bravo went from the squared circle and bench pressing 715lbs* to getting involved with the mob and ultimately losing his life as a result of it.

The Tragic Story of Dino Bravo

“Dino had painted himself in a corner…

He tried to stay in the WWF, but he just couldn’t; Vince didn’t wanna have him back. I remember I called Pat Patterson and I suggested that I team up with Dino – because I liked him.

I said, ‘I’ll take the bumps and do all the moving around, and he can do the strong stuff… I’m sure we can make it work, you know?’ He said, ‘No, no…we just think that Dino doesn’t fit any more in our plans…’

Dino liked the high lifestyle — he had a sports Mercedes, he had a big home, you know — and suddenly wrestling was over. Dino couldn’t be a 9 to 5 guy; he didn’t have any business experience of any kind. Wrestling was his whole life. And back then, WWF was the only game in town. So if he couldn’t do it for the WWF, what could he do?

His uncle [by marriage] was the head of the mafia in Montreal. And he was always saying, ‘Dino, come work for me…’”

The Cotroni Family was a part of the Bonanno Crime Family branch out in Montreal, one of the “Five Families” that dominate organized crime activities in New York City and beyond.

Dave Meltzer, in his book Tributes: Remembering Some of the World’s Greatest Wrestlers, adds a little more background to the story of Dino Bravo and his demise:

“Within wrestling, it was often rumored that Bravo’s name was linked to the Montreal underworld. Hit aunt Maria was the wife of Vic Cotroni, who had a reputation for being Montreal’s leading mob godfather. Dino Bravo often worked as a chauffeur for Paul Cotroni, a relative of Vic’s who was reportedly a member of the powerful underworld family. Rumors only got stronger when Gino Brito, his partner in several businesses, including the local, regional wrestling office, was arrested as part of a loan-sharking ring.”

“I remember we were in Europe, and he confided in me. ‘Rick…I know I could go into crime and make really good money, but I don’t wanna go that route. I know myself, and I know what kind of guy I am…’

Dino was the kind of guy who always wanted more and more. He knew himself, and he knew his demons. But then his debts and lifestyle got too much.

I remember the breaking point for him was when he had to go and borrow from his mom. That was too much for his pride to take.

And back then, in the early ’90s, the [illegal] cigarette trafficking* in Canada started. A lot of people were doing it. So Dino got into that.

He went to see the Indians. The Indians had the river so they could pass cigarettes across like crazy – or arms – whatever. And the Indians were big wrestling fans, you know? So when they saw Dino, they were like, ‘Oh man..!’ They started dealing strictly with him. So Dino had a monopoly with the Indians.

After a while, the cigarette business was doing so great that the cocaine people started saying, ‘Hey, maybe there’s some money in there for us too…’

So the big cocaine guy apparently went to see Dino and said, ‘Look, let me in on your cigarette deals, and I’ll let you in on some cocaine deals…’

So what apparently happened is they did some kind of agreement. Dino had a $400,000 shipment in some warehouse somewhere, and it stayed there for like, three days. On the third day, when the cocaine guy went to pick it up, the police were there.

So they were blaming each other. Dino was saying, ‘You should have picked it up on the first day, and it would never have happened – you shouldn’t have let it sit there…’

There was a lot of heat on Dino. This was a week before he died.

It was a Wednesday. His wife and his daughter went to Ballet lessons, and he was watching hockey on TV.

His wife found him that night.

She had his daughter in her arms – luckily, thank god, his daughter was sleeping so she didn’t see her dad. There was blood everywhere- on the ceiling. It was horrible.

One of the rumors spread over the years was that the shooter tried to shoot a “happy face” into the back of his head, which is absolutely terrible.

Martel continued, “There was no force of entry in his house… and it was the winter, so you could see there would [have been] footprints [in the snow outside]- but there were none.

They had somebody; an inside person. It was probably someone who was watching hockey with him and said, ‘Hey look, Dino, I’m gonna go to the bathroom…’

“They shot him from behind.

“The detective told us that the remote control was loose in his hand…they say that if they shoot you from the front, you [see it coming and] tense your muscles and [he would have gripped] that remote control [tightly at the point of death].

So they shot him from behind. He didn’t see it coming…”

NOTE: Cigarette smuggling is the illicit transportation of cigarettes from an administrative division with low taxation to a division with high taxation for sale and consumption. The practice, commonly used by Organized crime syndicates and rebel groups, is a form of tax evasion. In Canada, between 63 and 79 percent of the price of a package of cigarettes is tax. As of 2009, illegal cigarettes were believed to be a $1.5 billion industry in Canada.

*While the 715 lbs bench press claim was fabricated for kayfabe storyline purposes, Dino Bravo was legitimately strong and was said to be able to press more than 500 lbs.

Listen to ProWrestlingStories.com’s JP Zarka discuss the murder of Dino Bravo in the inaugural episode of “Crimes in Wrestling” on Total Engagement with Matt Koon:

If you enjoyed this piece, be sure not to miss these following articles which delve further into the “underside of the ring”: 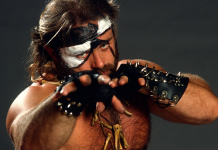 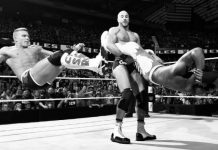 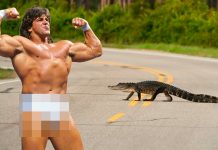 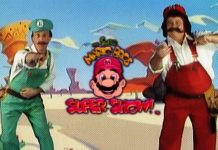 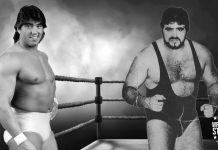