Not all heroes require flashy colors to stand out. Charles Robinson has traveled a unique path to get to where he is today and plays an integral role in WWE. Here is his unsung story.

Charles Robinson was born in Mooresville, North Carolina, where he spent his days dreaming about wrestling. At the age of ten, Robinson would attend his first live wrestling show, where he became captivated by “The Nature Boy” Ric Flair. From that point on, his world would never be the same.

At his seventh-grade talent show, Robinson dyed his hair blonde (like his hero, Ric Flair), and he competed in a hair vs. hair wrestling match against his brother to close out the show.

As a teenager, Robinson began doing work outdoors and sold newspapers to make extra money. With the money he would earn, he’d buy wrestling magazines at a local newsstand. While watching wrestling at home, he took notice of the legendary NWA referee, Tommy Young.

Robinson was fascinated by his mannerisms and how his emotions made pro wrestling feel like a real sport. This emotion he saw would later inspire his own role in the business later in life.

How Did Charles Robinson Get Involved With Professional Wrestling?

After serving for the Navy for six years from 18 to 24, Robinson came home and worked as a car salesman. He would later work for Sears selling siding after 1989’s Hurricane Hugo decimated the States’ Southeastern region.

After getting a divorce from his first wife, he noticed a Christian-based television channel’s wrestling show. It was for the Professional Wrestling Federation, which George South promoted and “The Italian Stallion” Gary Sabaugh.

He took this as a sign of faith to pursue his childhood dream. The PWF event was held in Lincolnton, North Carolina, not too far from where he lived at the time.

When he arrived at the show, he talked with the promoters and voiced interest in getting involved somehow. He had told them that he was a photographer while with the Navy and would be interested in shooting photos for their promotion. As it turns out, Charles Robinson was quite good at doing this, and many of the photographs he took for this promotion would be featured in The Wrestler and Inside Wrestling magazines.

In time, Robinson’s role in PWF grew. The first storyline he was a part of involved Robinson taking a photograph of one of the heels during a match where his camera flash would distract them, and their opponent would take advantage and go in for the pin.

This worked well. His next test required Robinson to get more physical. While blindsiding a heel with his flash during a match, the angry superstar dominated him and rammed his head into the ring post where Robinson drew some blood. He loved this and was willing to do whatever it took to achieve his dreams in the business.

The following week, Robinson cut a promo and was invited to act as a special guest referee. This would be the first time he stepped foot inside the ring to officiate.

While the pay was not great, it afforded food and gas to make it to the next town. In the meantime, he kept his day job with Sears selling siding until 1997.

As Robinson was making a name for himself in PWF, he began sending tapes to World Championship Wrestling. He would pester Terry Taylor repeatedly to gain employment. His persistence paid off, and on September 15th, 1997, when WCW was in Charlotte for a show at Independence Arena, Taylor walked up to Robinson and asked if he had his wrestling bag with him.

As it turns out, he did. He was given a match to officiate that night and was later offered a job with the company.

Landing His Dream Job With WCW

Six months into working for WCW, Charles Robinson officiated his first match for his childhood idol, Ric Flair. He was soon allowed to trade in the black and white stripes for wrestling trunks and a flashy robe. He made his pro wrestling debut at WCW’s Slamboree pay-per-view in 1999. This was where “Lil’ Naitch” was born.

Robinson came to the ring lavished in Ric Flair’s robe, imitating Flair’s character and mannerisms. Even with underhanded tactics, Robinson was unsuccessful and was defeated by Randy Savage’s then-girlfriend, Gorgeous George.

How Randy Savage Ended the In-Ring Aspirations of Charles Robinson

Charles Robinson wrestled his second match one week later, teaming with Flair to face Randy Savage and Madusa on Monday Nitro. Savage delivered a botched diving elbow drop to Robinson in the course of the match, cracking several of his vertebrae and collapsing his lung.

“I couldn’t breathe,” Robinson recalls in an interview with Post and Courier’s Mike Mooneyham.

Despite the devasting injury which cut his in-ring wrestling career short after only just two appearances, Robinson looks back on this time of his career fondly. “That was the pinnacle,” Robinson admits, quickly adding that it was also the problem. “You have moments like that at the beginning of your career, and how do you top it?”

Robinson would resume his officiating duties after the accident. When WCW was acquired by World Wrestling Federation’s CEO Vince McMahon in 2001, he officiated the final ever match on Monday Nitro featuring seasoned veterans Sting and Flair.

Charles Robinson made his debut in the WWE on July 22nd, 2001’s Invasion pay-per-view. A year later, Robinson began working with the ring crew. Soon after, he was offered a full-time position where he acquired more money and benefits with the company.

To stay in shape for his role, Robinson participates in marathons and runs up to three miles a day.

“I’m competing for jobs with officials that are sometimes half my age,” he explains.

The Day-To-Day Responsibilities of Charles Robinson in WWE

In his discussion with Mike Mooneyham, Robinson detailed what his day-to-day responsibilities look like in the WWE:

“I fly in the day before. I go into the arena early. I unload the truck, help build the ring, lights go up, put up the barricade and padding around the ring, set up backstage monitors in dressing rooms, do the show, tear it all down, load the truck. If it’s a house show, we normally have a bus to take us to the next town. But if it’s TV, we have to drive ourselves.

“That’s the toughest part. We tear down the ring and finish up at 12:30 or 1 o’clock and drive for hours to the next town. You’re starving, so you end up eating a lot of convenient food. But very rarely do I eat fast food.”

Most Memorable Moments in the Ring

Throughout his illustrious career as an official, Charles Robinson has humbly been involved in some of the most high-profile bouts in WWE history.

He was there when John Cena showed ruthless aggression against Olympic Gold Medalist and Hall of Famer Kurt Angle on SmackDown in 2002.

He was also there when Cena won his first championship against JBL at WrestleMania 21.

He has worked with everybody who is anybody for the past twenty-five years and holds the honor of calling the final matches of some of the most prominent names in the business from his idol Ric Flair’s retirement match against Shawn Michaels at WrestleMania 24 to Shawn Michaels’ “retirement” match at WrestleMania 26 against The Undertaker.

“I’ve had a lot of good times. I have no regrets,” confesses Robinson. “I consider it an honor to be selected as referee for such special and historic matches.”

In the retirement match of his childhood hero, Ric Flair, Robinson admits that one of the hardest things he ever had to do was make that three count.

“Everybody’s emotions were so high,” Robinson recalls. “Shawn was crying. I was crying. Ric was crying. We were all crying in the ring before the Superkick. That’s why my arm was covering my face during the count. And then I rolled out of the ring.”

In January 2017, another significant moment occurred in Robinson’s career when he called the match between John Cena and AJ Styles at the Royal Rumble pay-per-view.

This was when John Cena achieved the unthinkable by becoming a 16-time world heavyweight champion, a distinction only held by his idol Ric Flair until this point. This was a huge moment for professional wrestling, and Robinson was right there to witness history being made.

After the match, Cena and Robinson shared a hug and a special moment where Robinson admitted how much it meant to him to be the official for Flair’s retirement match and now be there for Cena’s big win.

In a WWE.com interview, Robinson opened up about how much calling this match between John Cena and AJ Styles meant to him.

“It was probably one of the top honors I’ve ever had. John Cena is up there with the greatest of all time, in my opinion. I don’t care what any of the fans say, or how they boo, or whatever — to me; now, he’s the man.

“I texted John after the show and said, ‘You are the man.’ And, you know, he’s great. He’s great with the fans. He’s great with everybody that he works with. He’s a true professional. Everything that he does is for the business. It was just an honor to be in the ring with him and hand him the title.

“It’s just very exciting. This is historic, and it’s just nice to be part of making history in this business that I’ve watched since I was six years old.

“I’ve been in [sports-entertainment] for 20 years, and this is one of the top moments, besides retiring Ric Flair, which was awesome. And I retired Shawn Michaels — that was cool. This is definitely in my top three if not the top two [matches] that I’ve officiated.”

Charles Robinson has lived out his childhood dreams but also has faced adversity in life. In January 2001, his wife Amy was diagnosed with melanoma of the lung just three months after they got married. Sadly, she would lose her battle to cancer on April 7th, 2002.

He remains thankful for Vince McMahon and WWE’s opportunities and hints that he has no plans to slow down. “It is a privilege to work for the greatest sports entertainment company in the world and for the man who created it. There is no other place I would rather spend the next 10-15 years of my career.”

The next time you see him pop into the ring, watch him closely and enjoy. Robinson’s energy in the ring is infectious, and at times, he can be more exciting to watch than the superstars who are battling it out in the ring. He brings so much passion and emotion into whatever match he is officiating. He is an unsung hero of WWE. 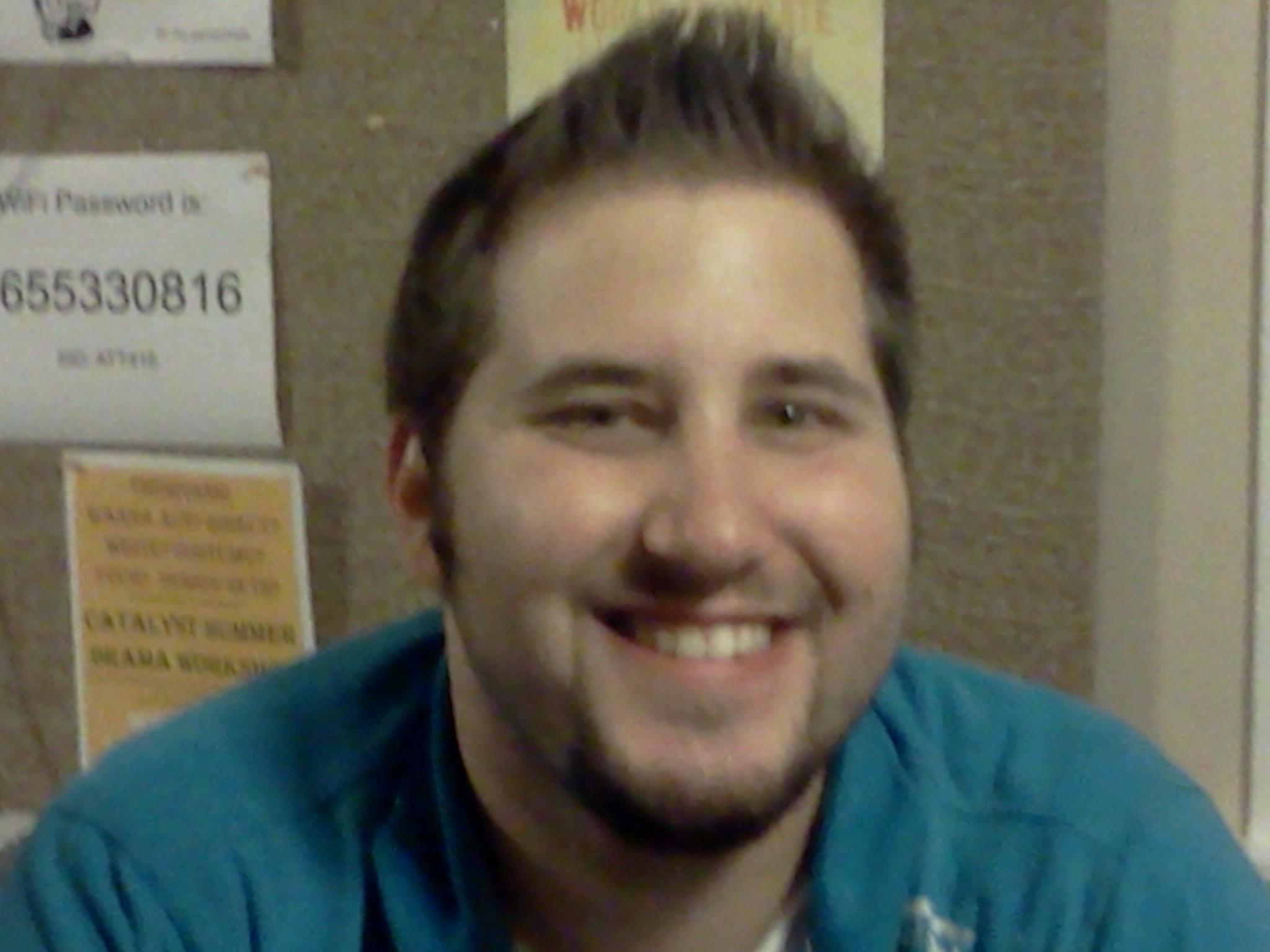