To hear an interesting story about AJ Styles’ Theme Music, watch the Table For Three episode on the WWE Network with Road Dogg Jesse James, Jeff Jarrett and Elias. You will see a great show featuring all three singing a rendition of “Baby Tonight,” as if the 2018 Hall Of Fame version wasn’t enough.

AJ Styles’ Theme Music: Who Wrote it and How it Became His

Long-time friends Jarrett and James chatted about the good old days while Elias sat there quietly eating his food looking somewhat out of place. The conversation inevitably moved along to music considering all three have a great connection with it. That’s when the topic of AJ Styles’ theme music popped up. It turns out it wasn’t made for him at all, but James Storm, one half of Beer Money with Bobby Roode in TNA who also had a very brief stint in NXT. WWE wrote what is now Styles’ entrance song for Storm, but The Cowboy decided against staying with the company and went back to TNA instead.

Related: James Storm on the Best Rib He Ever Pulled

“That was originally written and developed for James Storm,” Road Dogg describes, “and James passed [on the theme song] and went a different direction. AJ stepped in and it just worked out perfectly.”

How AJ Styles Was Signed by the WWE:

When AJ Styles first arrived, it turns out Vince McMahon wasn’t taken on him at all. Now I know that’s not exactly shocking considering McMahon’s track record with smaller guys but what may come as a surprise is who convinced Vince to sign The Phenomenal One. That man? Triple H. The Game has been the reason behind many big signings as of late and he practically begged Vince to sign Styles to a WWE contract. Luckily for us all, The Chairman caved in.

In a 2017 media call, Triple H had this to say about it. “At the time, the thought process was that Styles was available and there’s an opportunity there. [Styles] felt that everyone should have that little period of time to go through that process (NXT) because the learning curve is so sharp and so steep,” he continued. “You can come in the door thinking, ‘I don’t want to do this and I’m good to go,’ and then it hits you and you’re like, ‘Wow! This is not what I was thinking.'”

With AJ Styles in New Japan, he was in talks with TNA to return. A handshake and written deal between AJ and TNA were agreed upon, but as fate would have it, negotiations fell apart shortly after. AJ wanted a return to America, but couldn’t find a door ajar. As it turns out, the door he would eventually find would be in Stamford, Connecticut, home to WWE. It didn’t take long for Styles to walk through. In fact, it was more like a sprint.

“It ended up that WWE that had paid no attention to AJ at all when he left TNA the first time, and all of the sudden after two years of proving he’s a top star, Triple H got in touch and said, ‘Hey, we’re interested!’” AJ Styles’ agent, Bill Behrens recounts in an interview with CBS Sports.

Behrens continued to say, “WWE made it easy to get the deal done. Unlike negotiations with TNA, WWE attorneys conducted themselves professionally, and the contracts offered didn’t include any one-sided ‘gotchas’ that are commonplace in entertainment agreements.”

Not long after the agreements were signed, AJ Styles’ theme music played as he emerged through the curtains and into the WWE Universe at the 2016 Royal Rumble to a thunderous ovation at the Amway Center in Orlando. His arrival reinforced what fans had known for years; he belongs in WWE. And as for Triple H, it proved that his gamble paid off. It’s just a shame it took so long for WWE to realize AJ’s worth. 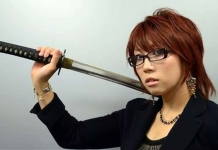 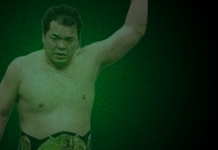 Mitsuharu Misawa – One of Wrestling’s Finest, Taken Too Soon 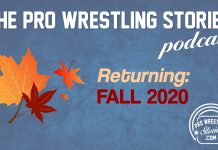 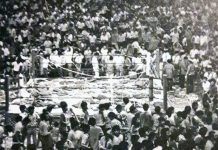 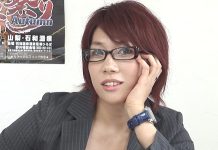