Masa Saito, who died on July 14, 2018, was primarily known as a tag team wrestler. However, a big singles push in Pensacola, Florida-based Southeastern Championship Wrestling brought him to the attention of the WWE, where he’d go on to win tag team gold twice.

Masa Saito had been a champion before. He knew what it was like to carry a championship. After all, he won the San Francisco version of the world tag team championship with Kenji Shibuya. And in Tampa, he’d traded the Florida Championship with future NWA World Champion Jack Brisco and teaming with Ivan Koloff to win the promotions’ tag titles on several occasions.

"I enjoyed working with Saito," Brisco wrote in his autobiography, Brisco. "He had started as a professional about the same time I did. His first name was Masanori, but I don’t think he ever used it in the ring. It was always Saito or Mr. Saito. He had quite an amateur record in Japan and had represented his country in the 1964 Olympics in Tokyo. At 5’10" and 250 pounds, he was a good worker and a great heel to play to my baby-face role."

By 1981, when I first saw him in Southeastern Championship Wrestling, Masa Saito had been wrestling for 16 years.

In the deep South, where many people still hold a deep-seated distrust of "foreigners," Saito was a vicious, brutal heel who could really, really wrestle. Facing off against fan-favorite and legendary Southern wrestler Ken Lucas, he pitted his version of the sleeper hold, calling it the Shinin-No-Maki (in reality, a cobra clutch) against Lucas’s own variation of the sleeper.

The pair engaged in a hot feud that saw the fading Lucas put over Saito and get the Japanese grappler ready for bigger things: taking the NWA Alabama title off of future WWE Hall of Famer "Bullet" Bob Armstrong.

"Brother, he was double-tough," Armstrong said during an interview I conducted last year for the Tapped Out Wrestling podcast. "When he put his hands on you, he could move you any which way he wanted to."

Armstrong lost the Alabama title to Saito, and the two engaged in a lengthy feud. Like most of the wrestlers working in the territory at the time, Saito lived in Pensacola, Florida. The scowling grappler made an impression on the locals, both in and out of the ring.

"When Saito would walk on the beach, people would scatter," Armstrong said. "They’d just clear out of his way. He was intimidating."

Fans in Southeastern had seen monster heels before. Archie "The Mongolian Stomper" Gouldie was frightening. Jos LeDuc was as strong as an ox–and not nearly as smart–but neither of them brought the same type of technical expertise blended with the vicious cunning of Saito. His time in Southeastern was an unqualified success–even though he was unhappy when he left.

Saito would go on to hold the Alabama title again in August of 1981 (records are incomplete as to the actual date of the title switch) by defeating Ray "Candyman" Candy before losing the title to "The Tennessee Stud" Ron Fuller and leaving the territory.

"He seemed really happy (in the territory)," Armstrong said. "You know why he left? He was shorted $10 on a payoff one night. I offered to give him that $10 out of my own pocket, but he felt (being shorted) was an insult, so he left."

Saito signed with the WWF in late 1981, teaming with Mr. Fuji and winning the world tag titles twice. He and Fuji engaged in a long and violent feud with Chief Jay Strongbow and his kayfabe brother, Jules.

His most significant singles success came in February of 1990 when he won the AWA world championship from Larry Zbyszko in front of more than 63,000 fans at the Tokyo Dome. He would drop the strap back to Zbyszko at SuperClash 4 about two months later.

But, of course, what everyone seems to remember is his arrest — and subsequent conviction — along with Ken Patera while both men were competing in the AWA in 1984.

The Arrest and Conviction of Saito

Here’s the story: Patera and Saito went to McDonald’s in Waukesha, Wisconsin, late, around midnight. The restaurant was closed, so they were refused service. Patera–allegedly–heaved a boulder through the closed and locked "service window." (For what it’s worth, Patera has always denied that he was the one who threw the 30-lb boulder. Instead, he blamed a teenager who had arrived around the same time he did.) When two cops arrived at Patera and Saito’s hotel room to investigate the incident, officers claimed Saito was "uncooperative." The resulting fight left the officers injured. One of them broke her leg during the scuffle. Saito and Patera were eventually subdued when more officers arrived, and both went to prison for the incident. Saito served two years after being convicted of three counts of battery on a police officer and one count of obstructing an officer.

Here’s the punch line: Saito was never present at the McDonald’s. He had nothing to do with the incident that brought police to investigate Patera.

Saito was a legitimate athlete and powerhouse. He competed in the 1964 Olympics as a freestyle wrestler, finishing seventh in his weight division. He turned pro the next year. He teamed with the Great Muta for WCW, and he once wrestled Antonio Inoki in a Desert Island match for two solid hours. He worked for every major company in the United States and Japan over the course of a 35-year career in the ring. After he was done, he became a trainer and mentor for young Japanese talent. He was a member of the Wrestling Observer Hall of Fame class of 2009. 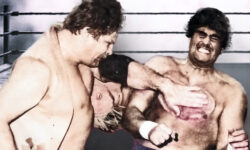 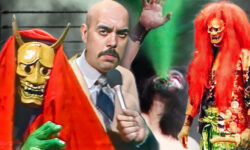 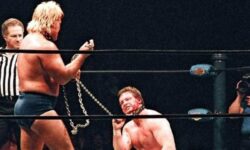 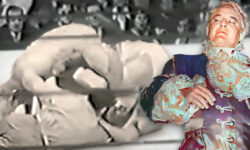 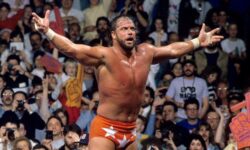 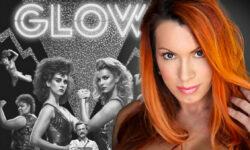 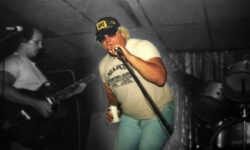 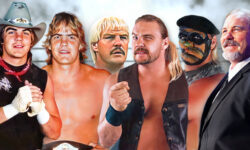 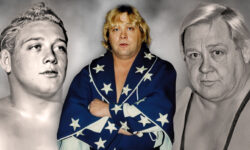 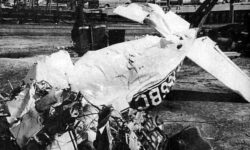 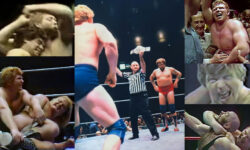 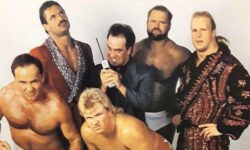