Before making a start in the WWF a day after WrestleMania 9 in 1993, Sean Waltman suffered a traumatic head injury in the ring at the hands of the “Kamikaze Kid” Bill Wilcox.

In the match, Wilcox overshot a suicide dive and landed directly on Waltman’s head. The impact of the move caused Waltman’s head to bounce violently off the concrete. As a result, a blood clot formed near his brain. A three-day hospital stint ensued, followed by four months out of the ring. Doctors advised him to give up wrestling completely.

Sean Waltman: “Doctors told me, ‘You should never wrestle again.'”

In an interview with me on The Genius Cast podcast, Sean Waltman opened up about what it was like to go from being told his career in wrestling was over in November of ’92 to being on national television, scoring an upset win over Razor Ramon six months later.

Hit play to follow along with the article below:

“That was a bad one,” admitted Waltman.

“Honestly, you hear these things like ‘You should never wrestle again’ by doctors, but you’re at that age, especially when you become a wrestler and you think — and I don’t know about other guys, but you feel kind of superhuman. Like you can handle anything. I just wasn’t hearing it.

“I knew I needed to take a few months off because I could feel my head wasn’t right. I just sort of stayed the course, you know? Maybe I was too stupid to be scared. I don’t know if that’s the right way of putting it, but it was brutal. I was diagnosed with Acute Hematoma of the brain. It was pretty bad.

“It was the second major brain trauma I had experienced in my life. The first one was when I fell in the shower in gym class in middle school. I had a really bad concussion then.

“I got a really early start on head trauma!” (laughs)

Sean Waltman was twenty years old when he experienced that traumatic head injury in the ring in 1992, and he handled it as you would imagine many young people would at that age. “You’re telling me my career is over? Well, we’ll see about that!”

During his first feud in the WWF with Razor Ramon, Waltman sustained yet another terrible head injury.

Coming in originally as an enhancement talent who went by the name The Lightning Kid, Waltman pulled off a major upset against Scott Hall, aka “Razor Ramon” on an episode of Monday Night Raw. He was quickly re-dubbed the 1-2-3 Kid before feuding with Hall over the next few months.

Wanting revenge for his embarrassing loss, Hall started offering the Kid money to entice him into agreeing to another match. First, he offered $7,500, which led to a promo from a very green Waltman, turning him down where he said, “My family is the most important thing to me.”

Not wanting to go away so easy, Hall upped the number to $10,000, which prompted the Kid to accept on a phone call, which aired live on Raw.

Before the match, Hall brought an over-sized bag to the ring with him filled with the money. The match was short but solid, save for the horrific botch that saw Sean Waltman slip off the top rope and crash to the outside floor onto the exposed concrete. Not long after, he shook off the cobwebs from the fall, came in with another flip off the top rope that got a two count but instead of continuing the match, Waltman just grabbed the bag of cash and ran out of the arena into a waiting car driving away before Hall could catch up to him.

Sean Waltman (as the 1-2-3 Kid against Razor Ramon) Spills off the Top Rope Onto Exposed Concrete:

“Yeah… that was another one,” Waltman recalls with a somber tone to his voice.

“The problem with [that botch] was that I didn’t even go to the hospital after that, and that was major head trauma. Not just my head, but my whole body was messed up from that fall. I couldn’t even walk the next day.

“I don’t even know exactly how bad the nature of the injury was because I never went to the hospital.”

“Right after that match, I’m all messed up, and an agent went back to me, we used to do multiple TV tapings in one night, and the agent comes up to me and says, ‘Hey, um, you have another match with Reno Riggins in a little bit. It’s your call!’

“Whenever you ask a pro wrestler, ‘Hey, can you do it? It’s your call!’ one hundred percent of the time, they’re going to go, ‘Yeah, I’m good!’ regardless of whether we are or not.

“That’s what it was back then and not how it is now. Thank God.”

By the age of twenty years old, Sean Waltman experienced three traumatic head injuries and was told to end his career before it truly took off. Despite that, he went on to have a successful twenty-five-plus-year career.

“It’s what I love doing, and I was twenty years old. Invincible.” 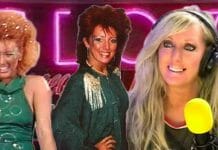 Roxy Astor – Her Unlikely Journey as an Original GLOW Wrestler 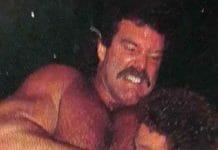 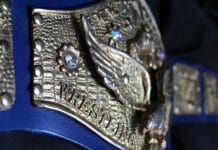