In the early morning of December 5, 2018, Marty Jones broke the news of the passing of "Dynamite Kid" Tom Billington. Tragically, he died on his 60th birthday. His reputation was tarnished, but he leaves behind a legacy of being one of the most influential in-ring performers of all time. 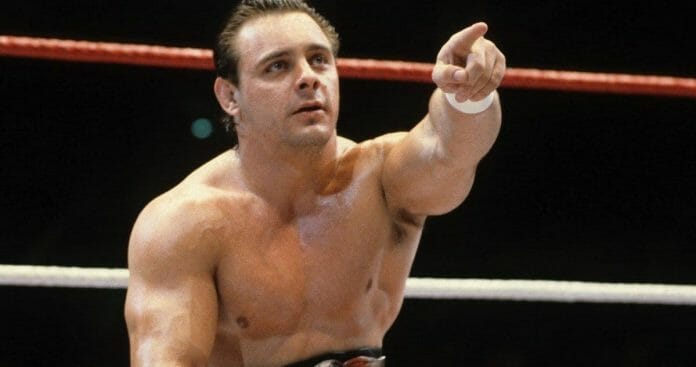 Dynamite Kid – Ahead of His Time

"Dynamite Kid" Tom Billington was ahead of his time. He was one of wrestling’s most influential in-ring performers, having innovated a level of athleticism unlike most before him. Many prestigious titles and awards were under his belt, including being a former WWF World Tag Team Champion with Davey Boy Smith in the British Bulldogs, and he won the Wrestling Observer 1982 Match of the Year with Tiger Mask on August 5, in Tokyo, Japan. He was also inducted into the Stampede Wrestling, the Wrestling Observer Newsletter, and the Canadian Wrestling Hall of Fames.

The Dynamite Kid made his humble beginnings in professional wrestling in 1975 for Joint Promotions promoter Max Crabtree. He made his television debut on June 30, 1976, in which he lost via TKO against "Strongman" Alan Dennison. This led to the veteran heel turning face as he would soon help The Dynamite Kid.

On April 23, 1977, Billington won the British Lightweight and the British Welterweight Championships on January 25, 1978. He won them both off wrestler Jim Breaks. Both titles were vacated two years later after Billington left the UK for Canada and Japan.

In 1982, Dynamite Kid had an instant classic with Tiger Mask for the WWF Junior Heavyweight Championship at Madison Square Garden in New York City. Some consider this match to be one of the greatest matches of all time.

Watch Dynamite Kid vs. Tiger Mask at MSG in ’82:

After Satoru Sayama (the original iteration of Tiger Mask) retired, Dynamite Kid went on to win the WWF Junior Heavyweight Champion on February 7, 1984, in a tournament for the vacant title. He defeated "The Cobra" George Takano in the finals. After a 273-day reign, Dynamite Kid had to vacate the title on November 6, 1984, as he was leaving Japan for the World Wrestling Federation.

Dynamite Kid made his WWF television debut on August 29, 1984, at the Maple Leaf Gardens teaming up with Bret Hart to defeat the team of "Iron" Mike Sharpe and Troy Alexander. In due time, Dynamite teamed up with Davey Boy Smith to form the British Bulldogs. The Bulldogs feuded with the team of Greg Valentine and Brutus "The Barber" Beefcake for close to a year, coming close to but never winning the tag titles. On April 7, 1986, at WrestleMania 2, the stage was set for the final showdown between the two teams. The Bulldogs eventually would go onto dethrone Valentine and Beefcake, successfully capturing the WWF World Tag Team Championships.

In December of 1986, The Dynamite Kid was stricken with a back injury in a tag match against Don Muraco and Bob Orton Jr. While taking significant time off to heal at home, Vince McMahon often would have fill-ins to be the partner of Davey Boy Smith. Eventually, Bret Hart visited Billington, informing him that the plan was for Dynamite to return and drop the titles to The Hart Foundation, despite hardly being able to move. It was an unfortunate situation, and in Bret Hart’s autobiography, Hitman: My Real Life in the Cartoon World of Wrestling, he looks back on the struggle that it was for Billington to get through that match:

"At the Tampa Sun Dome, some of the boys had to blink back tears as Davey helped the frail shell of The Dynamite Kid through the backstage area. When Tom painfully pulled on his gear, it hung on him, and even I felt tears come to my eyes at seeing this broken machine that once ran like no other. Pat explained that all Tom had to do was walk out to the ring. So that’s how it was an hour later, with Matilda leading the way. Dynamite hadn’t even got to the ring yet when I came from behind and delicately knocked him to the ground with Jimmy’s megaphone. After a few minutes of making Davey look good, Jim and I double-teamed him, as Dynamite stayed curled up in a ball outside on the floor with Danny Davis looming over him and ordering him to get in the ring. Then Jim hoisted Davey up, and I tore into the ropes delivering the Hart Attack for the finish. The whole match was only four minutes long.

Jimmy jumped into our arms, and the three of us, along with Davis, headed back to the dressing room. As Davey helped Dynamite back through the curtain, each and every wrestler and agent respectfully stood up from his chair and applauded Tom, even Vince.

I looked down at my new belt, realizing what being a champion had cost Tom. I wondered what it would cost me. In that moment, I vowed never to forget that wrestling is a work, and I also vowed to pace myself for the long haul. I wanted to come out the other end in one piece."

The British Bulldogs never saw the same fame again. Their final match as a team in the WWF took place at the 1988 edition of Survivor Series when their team won the traditional elimination match. They, though, were eliminated when tag team champion Smash of Demolition pinned the Dynamite Kid. After leaving the WWF, Billington linked his departure due to a backstage fight involving a roll of quarters with Jacques Rougeau and a falling out with Vince McMahon over plane tickets.

Following Billington’s WWF career, he went back to Stampede Wrestling and did a lot of work in Japan for All Japan Pro Wrestling, winning the All Asia Tag Team Championship with Johnny Smith as "The British Bruisers." His final match was on October 10, 1996, in a six-man tag match for Michinoku Pro Wrestling, where he teamed up with Dos Caras and Kuniaki against The Great Sasuke, Mil Máscaras, and Tiger Mask. The match ended when Dos Caras pinning The Great Sasuke following Dynamite Kid’s tombstone piledriver and a powerbomb from Dos Caras.

Dynamite’s health started to deteriorate by 1997. Due to the number of back and leg injuries he sustained during his career, he lost the use of his left leg, becoming wheel-bound for the rest of his life. In addition to his paralysis, Billington also suffered from heart problems.

In 2013, Billington suffered a stroke, and in 2015, he was named in a lawsuit filed by WWE after they received a letter from him indicating that he intended to sue for concussion-based injuries sustained during his tenure with the company. He was represented by attorney Konstantine Kyros, who was involved in several other lawsuits involving former WWE wrestlers. This case was eventually deemed "meritless" and dismissed by the judge. Attempts were made to raise funds to help pay for Billington’s health costs through Go Fund Me over the past few years.

The Dynamite Kid Tom Billington died on December 5, 2018, on his 60th birthday.

His reputation was tarnished for many due to several violent interactions with fellow wrestlers and mean-spirited ribbing, though he leaves behind a fantastic legacy in the ring. He inspired so many, including Davey Boy Smith Jr., former WWE Cruiserweight Champion T.J. Perkins, inaugural WWE United Kingdom Champion Tyler Bate, former World Heavyweight Champion Chris Benoit, and many countless others. May he rest in peace.

Angelo Savoldi – The Life and Legacy of Mario Louis Fornini

Yokozuna – 10 Stories Showing the Kind of Man He Was

Len Rossi – A Gentleman In and Out of the Ring