In an unearthed interview from 2008, Warrior impassionately talks about the pros and cons of performance-enhancing drugs, how it used to run rampant in professional wrestling, and the legal loopholes wrestlers used to take advantage of in WCW. 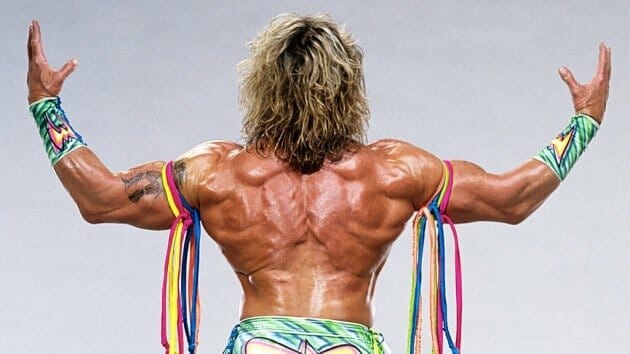 Ultimate Warrior Opens Up About Steroid Use in Wrestling

The skin on guys today is thinner. Nutrition and even training have been so broken down into little, itty-bitty specializations. I really think it’s created different looking physiques.

Then you throw in all the exotic steroids there are today.

Growth Hormone is used by almost all the guys."

"When I was at WCW, the guys were flying to the Bahamas to get physicals to cover some legal loophole allowing them to get GH, then getting a whole year’s supply Fed-Exed to them, all under the guise of anti-aging.

I saw an article on world-class bicyclers, and it was amazing to me how many of those guys have died.

And you’d think, your first thought is, that these guys would have really great hearts—and yet most of them died by heart attacks.

Well, again, as I said earlier, it not so much the lifestyle itself; it’s the way the guys go about mishandling the lifestyle and coming to abuse it.

If I had to relate anything to the lifestyle, it would be to point out how the demands of being a pro-wrestler differ from the lifestyle of other organized sports pro-athletes.

There is no ‘season’ – you go year-round. If part of your gimmick is your physique – your body look – then that demands a different approach than a big fat guy who can sleep and eat pizza all day and doesn’t have to worry about scheduling workouts or getting good food.

Also, and this is probably a big contributing factor as to how guys get messed up—other than the relationships you have with other talent you want to be around—you basically travel alone, and as long as you make it to the building to have your match, you don’t answer to anyone about what you do.

And with the travel you do, you can fall into a bad habit of burning the candle at both ends.

You are in many different, often fun, and unique places almost every night, and you can come to see work as well, like being constantly on vacation. And, hey, we all cut corners on sleep, recuperation, and healthy living when we are on vacation.

To cover up for lackluster energy, it’s easy to fall into the habit of abusing stimulants and painkillers.

Another factor is that pro-wrestlers are ‘known.’

Many of the guys screw around, even those with families. Soon enough, you start believing because of what you are, and who you are, you should be able to live both lifestyles, have your cake and eat it too.

And when you go home, and things aren’t as exciting as they were on the road, you start laying the blame on someone else and criticize them because, in your mind, they don’t understand you.

It becomes a vicious cycle, and all the ups and downs – natural and pharmaceutically induced – can really throw your life out of whack unless you have great self-discipline.

I mean, in no way whatsoever can anybody say, ‘The guy has let himself go, he’s fallen apart, he’s an absolute total wreck,’ which doesn’t fit in with the mischaracterization that I was a steroid addict, that I took steroids for years, that I’m continuing to take steroids…I mean, if I were still taking steroids today, I’d have to have a damn dump truck right around beside me just to hold my liver! (laughs)

Overall, I really think the difference in the look of the guys from the past has more to do with how they trained and ate. The bottom line is, there are differences between use and abuse, and it’s obvious that many guys have crossed the line.

For some, it will take getting to know the inside of a casket before they come to terms with that."