In 1996, we almost got OJ Simpson vs. Roddy Piper at WrestleMania. Here is how it all came close to going down.

OJ Simpson and Roddy Piper – How It Was Proposed

In early 1996, Roddy Piper was back on WWF television, making references to OJ Simpson in his promos. OJ had just been acquitted a few months prior, and WWF, always keen for a bit of mainstream press, was thinking about bringing OJ in for a match at WrestleMania.

WWF booker Bruce Prichard talked about it on his Something to Wrestle podcast.

"The original plan was for OJ Simpson to have a match at WrestleMania against the Hot Rod. I remember calling Roddy and pitching Roddy the idea, which he was for. We had had preliminary talks with OJ Simpson’s people, who, at that point, were looking for anything that had a paycheck attached to it.

"We floated the idea out there; we did talk to OJ’s people, I talked to Piper about it, Piper was on board. We were bringing him back in to get involved."

Prichard continued, "If you go back, in the early time of Piper’s re-emergence, he does make comments about OJ Simpson. He makes comments about right and wrong in America and what’s going on and that he’s here to make things right in the WWF.

"The end game to that was going to be the one-off and have Piper beat the shit out of OJ Simpson at WrestleMania in Anaheim, California."

Despite Roddy Piper being positioned as the good guy beating up OJ Simspon, this idea looked terrible for all involved, and it was thankfully shut down relatively quickly.

"Once that started getting out beyond the inner circle of OJ Simpson’s people, and out in Hollywood, the backlash was deafening.

"The people were like, ‘If you do this, you’ll never have another sponsor.’ Just extremely, extremely negative. So, we punted.

"We thought the end game of OJ getting the shit kicked out of him would satisfy some people. As those words come out of my mouth, you realize how ridiculous this is today. But you always have to try something on even if it sounds ridiculous."

It’s undoubtedly for the best that this angle between OJ Simpson and Roddy Piper never happened. Piper went on to have a Hollywood Backlot Brawl match with the Hollywood-obsessed Goldust at WrestleMania 12.

The match is remembered favorably and featured a highway chase with a white Bronco (which Roddy got to keep), which is probably as close as they should have taken the connection to OJ Simpson. 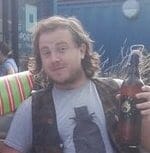 Rob Ireland is a contributor for Pro Wrestling Stories and can be reached on Twitter @Real_RobIreland or by e-mail at robert.ireland.1987@gmail.com. 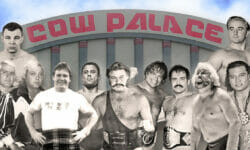