Eighteen years ago, Lesnar’s career began at Ohio Valley Wrestling under the tutelage of Jim Cornette and Danny Davis. Nowadays, Brock Lesnar is one of the biggest attractions in professional wrestling. In the early days of his career, he was in a tag team with Shelton Benjamin, a friend he knew personally beforehand through their amateur wrestling days in Minnesota.

On the whole, Brock was very respectful towards Jim Cornette or anyone who had any type of authority, though, as Jim Cornette once explained, if he felt people were below him, it was another story completely. Even with Brock’s respectful attitude towards the higher-ups, tensions still found a way to boil to an extreme with Cornette.

In February 2014, Cornette explained on The Jim Cornette Experience what The Beast did in order for a gun to come into the equation:

“They [Brock and Shelton] were working with the Disciples of Synn, and my lovely wife, who was Synn, managed a stable consisting of Damien, Slash, and Payne. They were veterans who could work with these young greenhorns and hopefully teach them timing and something in the ring. Well anyway, one of the big highlights of their matches was that Brock would give Synn a press slam. She loved to take bumps and took them great, and she got so much heat that even though it was a man, a 280 pound man taking this 5’4” diminutive woman and press slamming her, the people threw babies in the air because she was just that good at getting heat with people, especially live. She gets heat with me at my house. And it brought the house down at Freedom Hall when they had their dark match at a WWE taping. It was sold out, 18,000 people, and one of the big reactions of the night for the entire show was in the dark where Brock Lesnar and Shelton Benjamin defeated the Disciples of Synn after Brock gave her this giant press slam.

So having said that, I called it on an OVW TV one night, I said [to Brock], ‘You press slam her and blah blah blah.’

Stacy (Synn), and she wouldn’t mind me saying this because she’s open with everybody, had just had certain parts of her anatomy pierced… and these certain parts would be where Brock’s right hand went when he picked her up for the press slam, so you can do your own math on that. So she told Brock earlier in the day, ‘Hey, when you give me the press slam, watch out, take care of the nether regions down there cause I just had these piercings done.’

Now before this, we used to have problems with Brock. While he was always very respectful to me and Danny Davis because we were his coaches, he was one of these college jocks that was pushed through college because he was a major athlete and had always been catered to. He would bully the referees, he’d bully the ring crew. He even made one of our referees cry one time. He also went at my best friend Kenny Bolin one time because he was flirting in an innocent way with Brock’s girlfriend at the time, not Sable, but you know, Brock comes out and cuts a promo on him and cusses him and shoves him and just makes an a*s out of himself because anyone that was a coach or had some standing, Brock would respect, but anybody that he felt was below him, the water boy on the team, you get the idea, a college jock, he would f*****g belittle and berate.”

Jim Cornette elaborates further, “He’s telling Stacy all day, ‘I’m gonna, when I getcha, I’m gonna squeeze it.’ And she’s like, ‘Brother, don’t do that!’

So what happens when you know who won the pony, he goes and gives her the press slam and he f*****g clamps down and squeezes with his right hand! Now she’s got an incredible tolerance for pain. In California, she actually broke her ankle in both bones to the point that it turned sideways but still finished the f*****g match. But she came in f*****g crying and squealing, and when he got back, there was more crying and squealing and yelling and they were cutting a promo on each other. She doesn’t mind telling someone what she thinks of em’, that’s why we’re married. So she’s cussing him and he’s cussing her and I hear all this hoopla so I go back there and I’m like, ‘What the f**k?’ And she tells me, ‘He’s been saying he’s gonna do it all day and he f*****g did it. I asked him not to and to take care of it and he f*****g did it anyway. F**k this f*****g guy.’ And he’s saying, ‘Oh, I didn’t do it, I didn’t mean to do it, I was just kidding, blah blah blah.’ And in the process, he says ‘f**k you’ to her in front of me. That’s where I had to say. ‘Look, m**********r, you need to know this now. Don’t say f**k you to her in front of me cause I won’t fight you, I will shoot you!’

Here’s what he didn’t realize. Because he had been protected and pampered and made over for so long, nobody is gonna fight Brock Lesnar if he mouths off and runs his dick licker about people or two people or whatever the f**k – nobody is gonna fight him. They’re just gonna pull out a gun and f*****g shoot him. Because would you fight Brock Lesnar? No! He’s a f*****g beast, he’s a god d**n genetic f*****g freak and nobody’s gonna fight him. But, if he said the wrong thing to the wrong person, they’re gonna f*****g shoot him. I don’t care how tough he is, he ain’t gonna nip up after a f*****g gunshot to the f*****g head. So I said, ‘Don’t f*****g say f**k you to her in front of me or I will shoot you.’ He was disrespecting somebody in the wrestling business that he was supposed to take care of. I said also, ‘If you’re gonna f*****g rib somebody and tell em’ all day you’re gonna do something, you better make god d**n sure you don’t f*****g do it because why would they believe that you didn’t mean to do it when you’ve been telling em’ all day that you’re gonna f*****g do it?’

I then said, ‘And thirdly, don’t disrespect me by telling my girlfriend,’ at the time, now my wife, ‘in front of me f**k you because then you’ve brought me into it and this is not business, this is personal. I will not fight you, I will shoot you, and the sooner you learn these things the better off you’re gonna be in the wrestling business because nobodies gonna fight you. But if you p**s somebody off bad enough and you’re in an outlaw locker room or a f*****g independent show or wherever the f**k you may end up, you’re very liable to get f*****g shot.’

Related: The Inseparable Bond Between BROCK LESNAR and PAUL HEYMAN

There couldn’t be any two people any more different than me and Brock Lesnar. I recognize his talent and I recognize his athletic ability, but we used to call him ‘Block Lesnar’ down here in OVW for a reason, cause he’s a meathead and I don’t like him as a person.”

Those days in OVW had a large number of talent which have gone on to become some of the biggest stars in the business including Batista, John Cena, and Randy Orton. Who knows what other stories there are featuring these young talents on the rise. It would’ve been an interesting locker room down there in Louisville, that’s for sure! 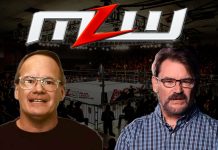 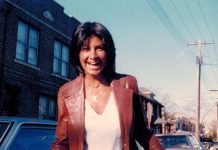 Jimmy Snuka and the Death of Nancy Argentino 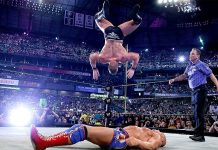 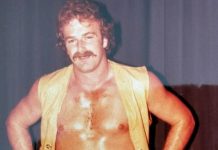 Brickhouse Brown – Passes Away After Initially Kicking Out From Death