Goldberg and Bret Hart would clash in the main event of WCW Starrcade from the MCI Center in Washington D.C., on December 19, 1999. What was supposed to be a moment for the two former WCW tag team champions to shine turned into a match with dire consequences.

BRET HART (from his autobiography):

"I fired him into the ropes, and as he reversed me, I heard him call, ‘Watch the kick!’

I had no idea what kind of a kick he meant, and there wasn’t much room coming off the ropes. His right foot flew just under my right hand, WHAAAAM!

It felt like someone chopped me with a hockey stick, an agonizing blow that sent me crashing to the mat where I lay holding my neck just behind my right ear at the base of my skull.

I was thinking, I’ve got to get up for the finish, but I can’t remember what it is.

People with concussions are the last ones to figure out how badly hurt they are.

I was more responsible than anyone for downplaying my condition to myself and everyone else. I let myself go on, believing that the problem was a sore neck.

I drifted through every day in a pale-faced, sweaty, head-pounding stupor, pacified to the point of numbness by the four Advils I took every three hours.

I sat in Dr. Meeuwisse’s office in Calgary. He noticed that I was slurring my words.

The doctor said, ‘I can feel a hole in the back of your neck the size of a quarter…’

He felt around the back of my skull.

‘This part here feels like hamburger. I hate to be the one to have to tell you this, but your career is probably over…’"

GOLDBERG (via The Law):

"That will forever go down in history as the biggest mistake that I have ever made in my entire life. For those who haven’t heard me say it, I apologize profusely because God knows I put Bret Hart up on a pedestal where very few sit. The last thing that I ever wished upon him was harm, especially by my own hand."

BRET (via The Columbus Dispatch):

"One of the last things I said to Bill before I walked out to the ring was, ‘Don’t hurt me. I wish he heard me a little better."

"Every time I think about Bret Hart, I feel remorseful about the kick. Though Bret and I are very good friends, and he doesn’t hold it against me, ’til the day I die, I’m gonna feel bad about it. And there’s nothing I can do to take it back…"

"I’ve always had a lot of respect for Bill. He doesn’t have a mean bone in his body, and what happened- it was just part of the job. I do wish he had been a little bit more careful, but we’ve always been friends over the years." 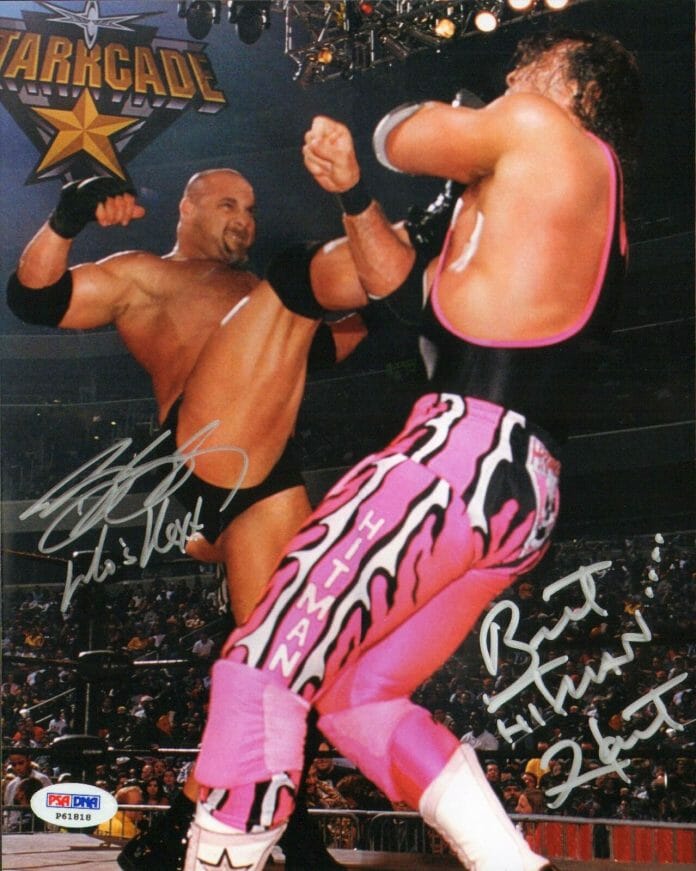 The botched mule kick delivered by Goldberg gave Bret Hart a severe concussion. Unaware of the severity of the injury, Hart continued to compete in matches in the days that followed. Hart would later be diagnosed with post-concussion syndrome, and he had to relinquish his title on January 16, 2000. Later that year, Hart retired from professional wrestling.

Despite Goldberg’s sloppy blunder causing a life-changing injury, Bret Hart has forgiven him, and the two get along just fine to this day. In fact, at autograph signings where they both are at, it is not uncommon for the two of them to sign a picture of Goldberg kicking Bret Hart in the head from Starrcade 99. At least they can have a bit of fun with it all these years later! 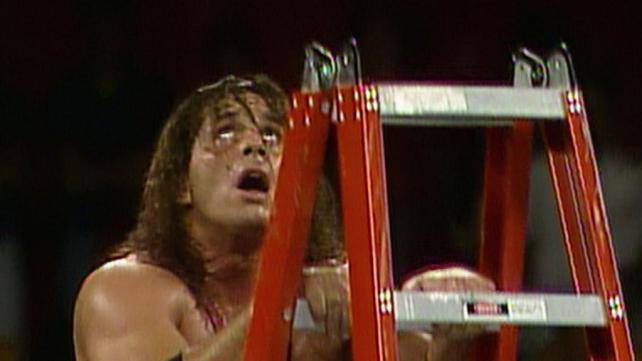 Who Did Bret Hart Want To Have His Last Match With?

Everyone wonders the hypothetical "what if?" from time to time. In a fan Q&A session, Bret Hart opened up about who he would have loved to have had his last match with had his career not been cut short by the thrust kick of Goldberg in ’99:

"If I hadn’t gotten injured, it would have been fun to go back and end my career with a big blow-off match with Steve Austin, Shawn Michaels or The Undertaker.

If I could have found the place in my heart to forgive Shawn Michaels back then, it might have been fun to come back to wrestle Shawn in a ladder match. It’s kind of the match he ripped off from me anyway! We could have built something around that. I think we were good enough friends that we could have done something good with that.

Yokozuna – 10 Stories Showing The Man He Really Was