Bob Backlund is known for his kind nature outside of the ring, but as this heckling truck driver learned the hard way: don’t take kindness as a weakness!

Bob Backlund Stands Up to an Uncivil Truck Driver

Bob Backlund is known to be a respectful, even-keel man outside of the ring who likes keeping his nose clean and staying out of trouble. That said, being a professional wrestler has its way of putting an invisible target on your back.

It is not uncommon for wrestlers to be heckled by the general public during their time off, especially when drinks are involved! "Oh, you’re a tough guy wrestler from TV, are ya? How about you try me for size!"

In a shoot interview with High Spots, Rick Martel tells this memorable story involving Bob Backlund and an overconfident truck driver. Things did not end so well for the heckler!

"Bob Backlund is a great guy; never had an ego about him or a big head or whatever. I worked with him, and I remember how strong he was.

"In 1975, we were in this bar in Florida. The name of the bar was ‘Deep South.’ It was kind of rough, with topless dancers. Truck drivers used to go there.

"A little while later, the guy comes back.

"Then after the third time, the guy comes back, finally Bob says, ‘Well, okay… we’ll arm wrestle you ONE time. And then after that, you’ll leave us alone, okay?’

"This guy’s a pretty big guy.

"And man, that was the end of it. Bob was so strong, and yet, he never let on, never came on like a bully or nothing.

"He’s a guy I have total respect for."

As the above story illustrates, these situations don’t always end well for hecklers. Take a look at the following recommended stories to see what we mean! 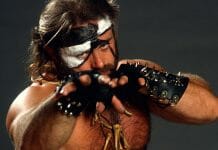 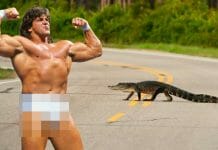 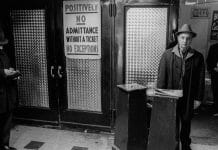 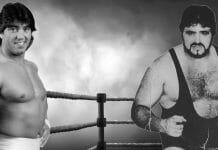 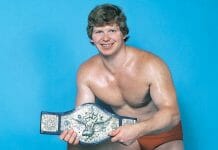 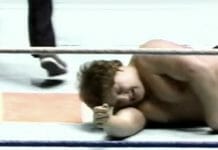 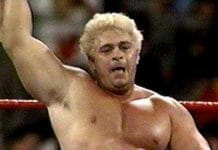 Dino Bravo | His Shocking Death and Murder by the Mob 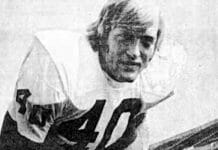 Paul Orndorff and His Impressive Sporting Career Before Wrestling 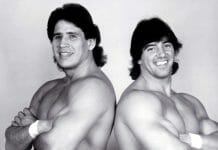 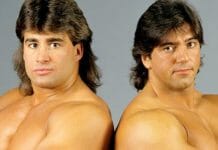